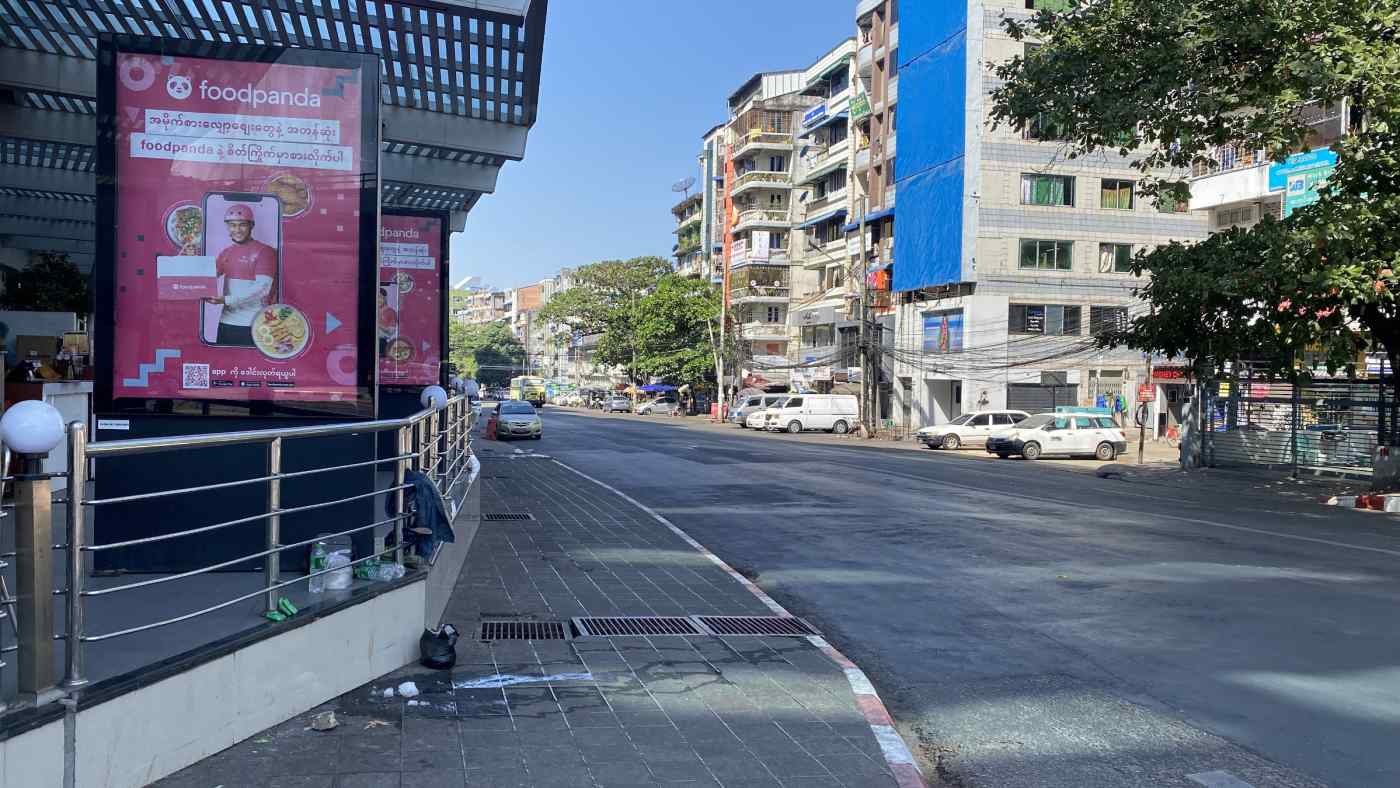 Almost nobody could be seen out and about on Feb. 1 in Yangon's Hledan district, an area normally teeming with shoppers and street stalls.
Nikkei staff writersFebruary 2, 2022 01:55 JST | Myanmar
CopyCopied

BANGKOK -- Residents of Yangon and other cities across Myanmar joined in a "silent strike" on Tuesday, skipping work and staying home to show their opposition to the military takeover of the country on its first anniversary.

The normally bustling streets of Hledan, a shopping district in Yangon, were almost deserted. The area had been a hotbed of anti-military protests shortly after the elected government of Aung San Suu Kyi's National League for Democracy was ousted on Feb. 1, 2021.