Diplomats say investors, banks to be barred from involvement with key companies 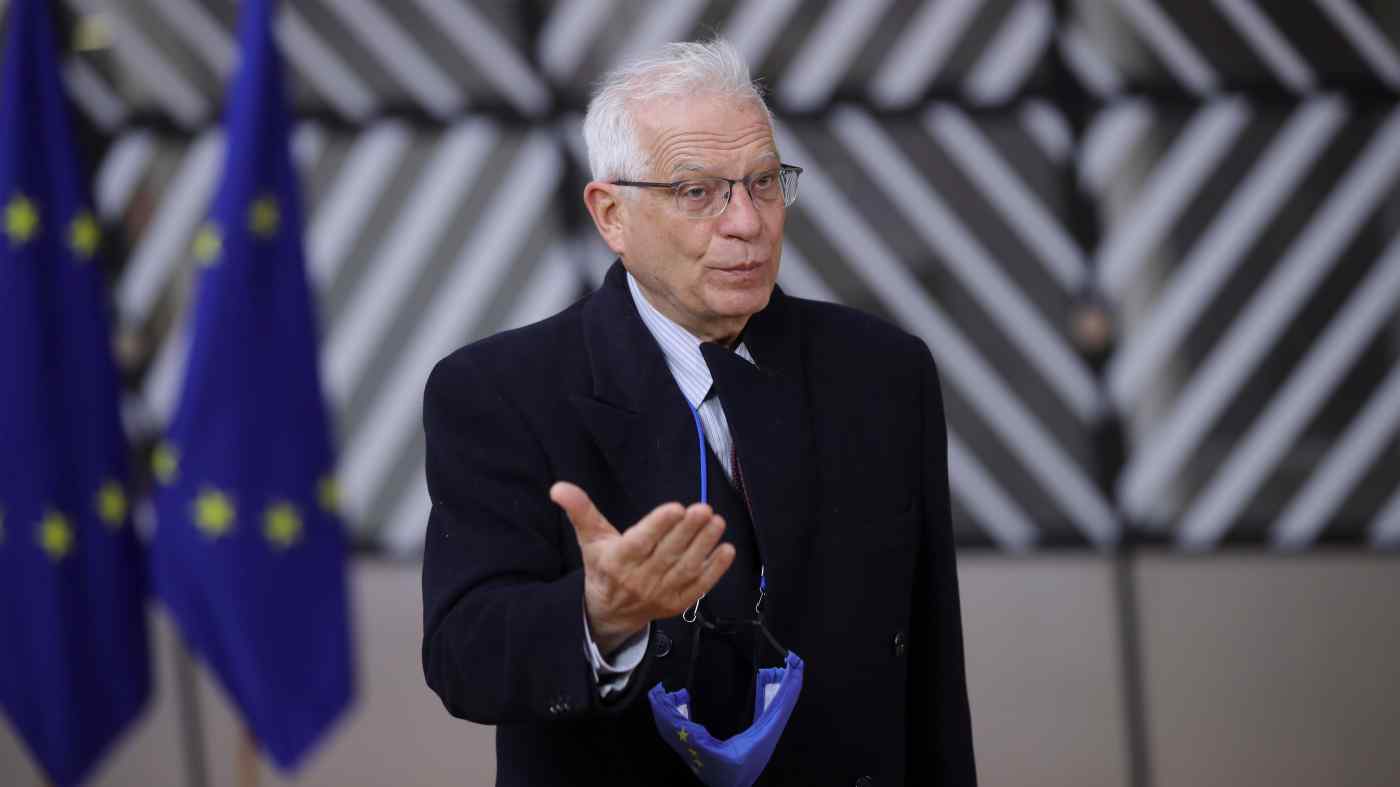 The European Union will on Monday impose sanctions on 11 individuals linked to the Feb. 1 coup in Myanmar, the EU's Foreign Policy Chief Josep Borrell said as he arrived for a meeting of EU foreign ministers in Brussels.

While the bloc has an arms embargo on Myanmar, and has targeted some senior military officials since 2018, the measures would be its most significant response so far since the coup.

"On... Myanmar we are going to take sanctions against 11 persons involved in the coup and the repression of the demonstrators," Borrell said, adding the situation in the country was deteriorating.

Reuters reported on March 8 that the EU was preparing the measures. The names of the individuals are expected to be made public once the sanctions are formally decided by ministers.

Stronger measures are expected soon as the bloc moves to target the businesses run by the military.

EU diplomats have told Reuters that parts of the military's conglomerates, Myanmar Economic Holdings and Myanmar Economic Corp., are likely to be targeted, barring EU investors and banks from doing business with them.

The conglomerates are spread throughout the economy from mining and manufacturing to food and beverages to hotels, telecoms and banking. They rank among the country's biggest taxpayers and sought partnerships with foreign companies as Myanmar opened up during its democratic liberalization.

A U.N. fact-finding mission in 2019 recommended sanctions against the two companies and their subsidiaries, saying they gave the army extra sources of revenue that could finance human rights violations.