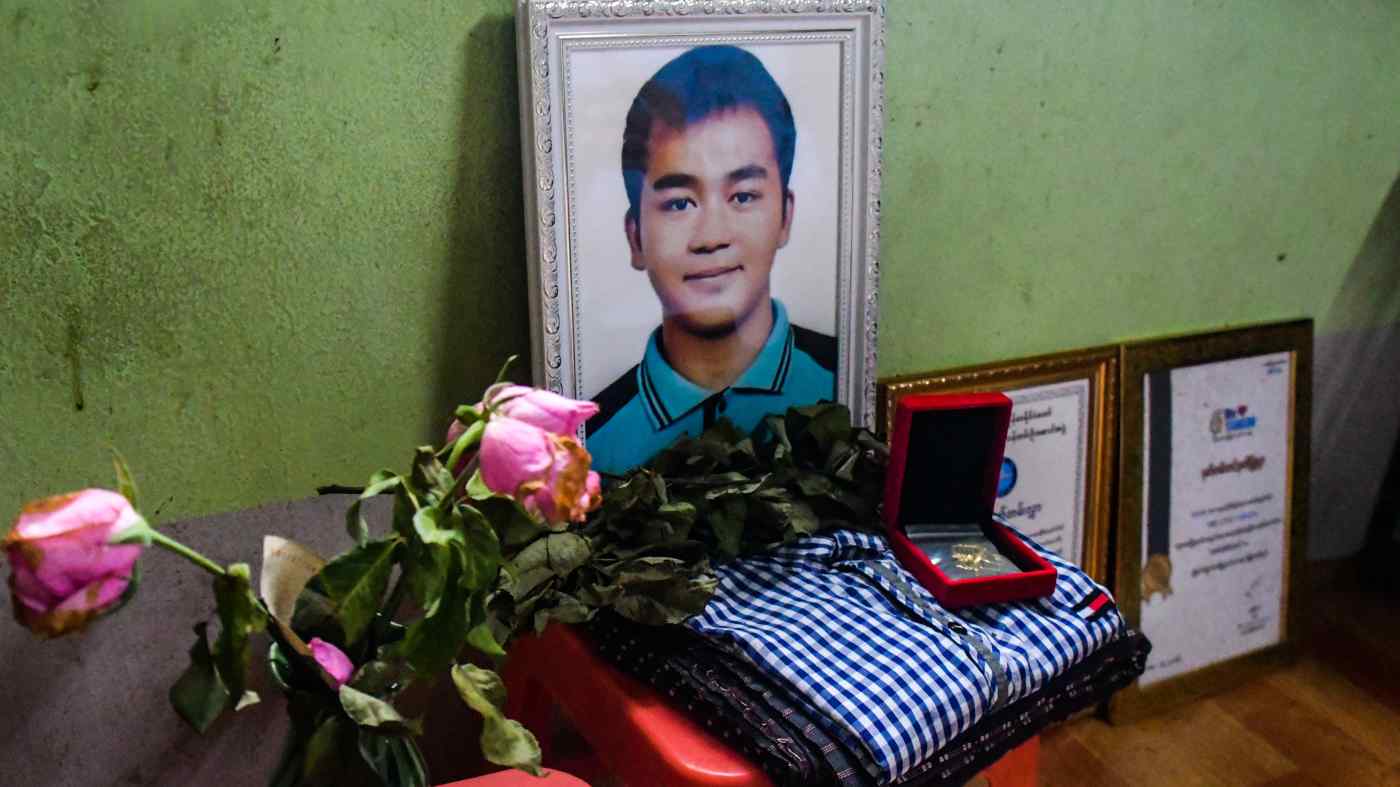 Zaw Win Aung, 19, was killed in Yangon on May 25 when a bomb disguised as a gift exploded at a wedding reception.
Nikkei staff writersJune 16, 2021 17:54 JST | Myanmar
CopyCopied

YANGON/BANGKOK -- Four and half months after an inconclusive coup on Feb. 1, bombings are on the rise in Yangon, Mandalay, Bago and other cities in Myanmar, targeting government offices, schools and security forces, after the military gained the upper hand over widespread street protests.

A gift that appeared to be an electric stove exploded during a wedding reception in Yangon on May 25, killing the bride and two relatives of the groom. Eight guests were also wounded. The gift-wrapped bomb was brought to the reception by a man in a pink shirt wearing a face mask, according to Win Win Thein, a mother of one of the dead. "The man sat for a while and left when his phone rang," she told Nikkei Asia. "The bomb exploded shortly after."