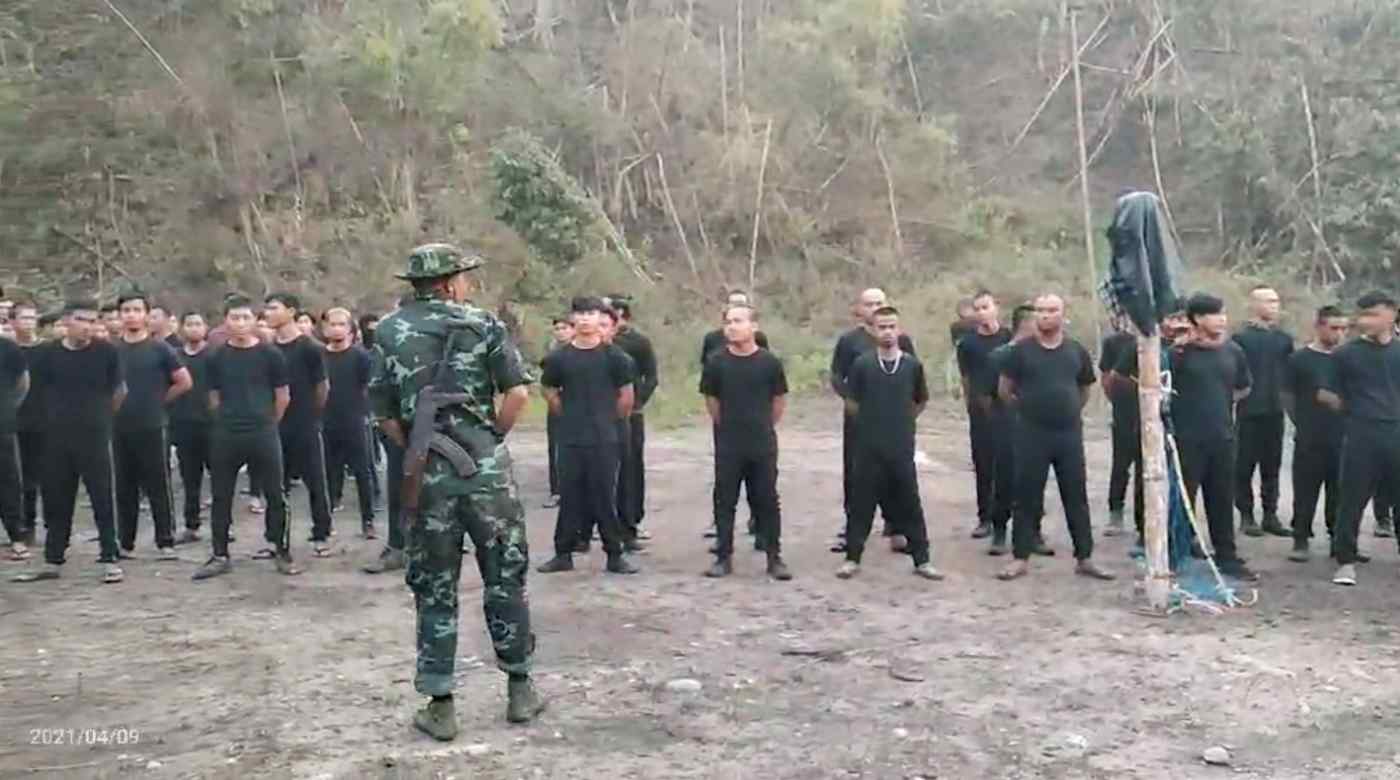 Heavy fighting erupted at a Myanmar army outpost near the eastern border with Thailand early on Tuesday in an area largely controlled by forces of a Karen ethnic army.

The Karen National Union said it had captured the army position, in some of the most intense clashes since a Feb. 1 coup plunged Myanmar into crisis. The fighting also came days after Southeast Asian leaders said they had reached consensus with the junta on ending violence.

Villagers across the Salween river in Thailand said heavy gunfire started before sunrise. Video posted on social media showed flames and smoke on the forested hillside.

Forces of the Karen National Union had taken the outpost at around 5 a.m. to 6 a.m., the group's head of foreign affairs, Padoh Saw Taw Nee, told Reuters.

He said the camp had been occupied and burned down and that the group was still checking on deaths and casualties. The spokesman said there had been fighting in other locations too, but did not give details.

The Karen Information Center, a local media group, said the army base had been overrun. It said villagers had seen seven soldiers running away.

Myanmar's army made no immediate comment. It historically proclaimed itself the one institution that can keep the multi-ethnic country of over 53 million people together, though much of Myanmar has rallied in opposition to its coup.

The army base at the Thai border had been largely surrounded by KNU forces and food had run short there in recent weeks, according to Thai villagers who had had contact with the soldiers.

A Thai official from the Mae Hong Son province said one person had been wounded in Thailand during the fighting, but did not have further details.

KNU forces had clashed elsewhere with the army since it seized power and cut short a decade of democratic reforms that had also brought relative peace in Myanmar's volatile borderlands.

Karen groups say 24,000 people have been displaced in recent weeks by the violence, including air strikes by Myanmar's air force, and are sheltering in the jungle.

Some of Myanmar's two dozen armed groups have supported opponents of the junta, whose forces have killed more than 750 civilians to try to suppress protests against the coup, according to an activist group.

Elsewhere in Myanmar, there have been relatively few reports of bloodshed since the weekend meeting between junta leader Min Aung Hlaing and Southeast Asian leaders to try to find a way out of the crisis.

But Myanmar media reported at least one man was shot dead in the city of Mandalay on Monday. The circumstances were unclear.

Protesters have vowed to step up action against the junta.

On Monday, they called on people to stop paying electricity bills and agricultural loans and to keep their children away from school.

"Education staff and students are strongly encouraged to join the boycott and stand together by not attending school," protest leader Ei Thin Zar Maung posted on social media.

Activists have criticised the so-called five-point consensus that came out of the meeting of the Association of Southeast Asian Nations (ASEAN) at the weekend, saying that it helped to legitimise the junta and fell far short of their demands.

In particular it did not specifically call for the release of elected leader Aung San Suu Kyi, 75, and other political prisoners. The Assistance Association for Political Prisoners advocacy group says more than 3,400 people have been detained for opposing the coup.

Suu Kyi's party won a second term in November. The election commission said the vote was fair but the military said fraud at the polls had forced it to seize power.