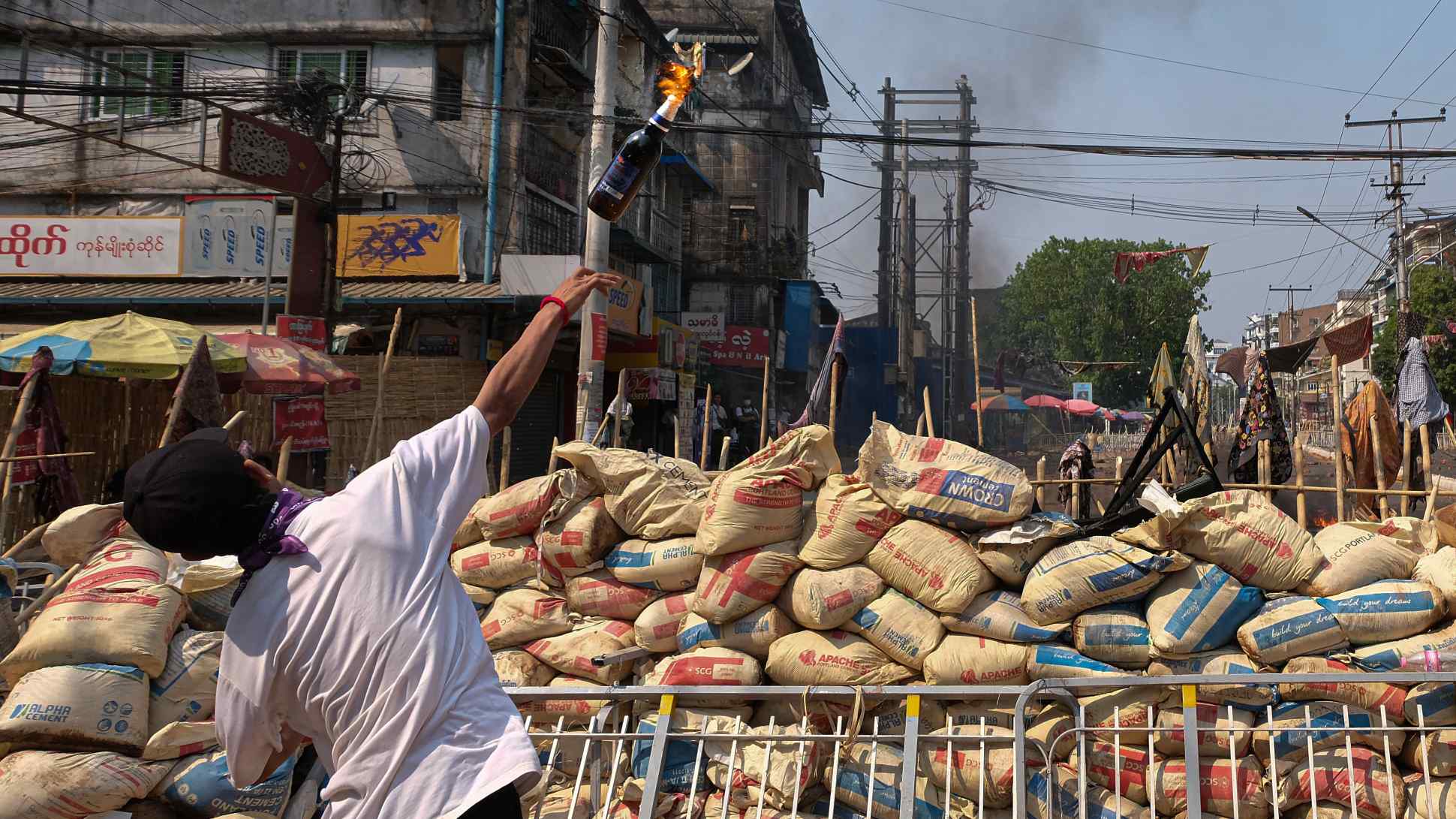 An anti-coup protest in Yangon: Photographers put themselves at risk of arrest or worse whenever they venture out to document Myanmar's unrest.
Myanmar Crisis

Young journalist wrestles with whether to risk carrying camera at all

TOKYO -- Last Friday, Yangon photographer Berry arrived on the scene of an anti-coup protest thanks to a tip from a source. In pouring rain, he rushed to take pictures of the more than 150 demonstrators.

About 10 minutes later, the protesters scattered to avoid being arrested by the security forces. Berry, a pseudonym, followed suit -- satisfied that he had finally been able to capture a protest after a hiatus of nearly a month.