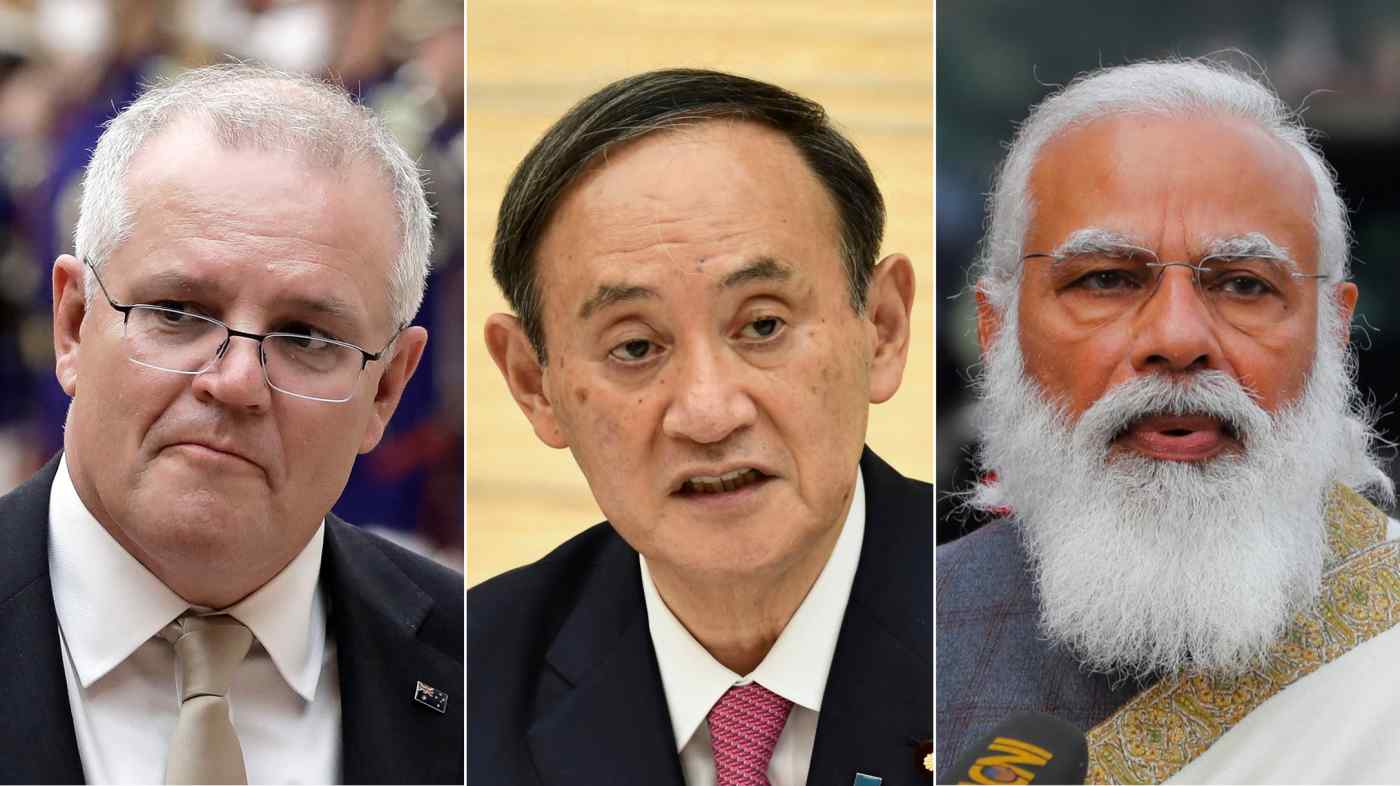 TOKYO -- Japanese Prime Minister Yoshihide Suga's delay in addressing the apparent coup in Myanmar has stood out as key leaders across the Indo-Pacific and the West speak out against the military power grab in the Southeast Asian nation.

Myanmar's military detained de facto leader Aung San Suu Kyi and other high-profile leaders, ostensibly over flaws in the country's November election. The shake-up comes as the administration of U.S. President Joe Biden feels out its global partnerships, including the Quadrilateral Security Dialogue -- a coalition of like-minded countries in the Indo-Pacific, designed to counter China's growing clout across Asia.