Jokowi calls for meeting of ASEAN leaders on Myanmar crisis 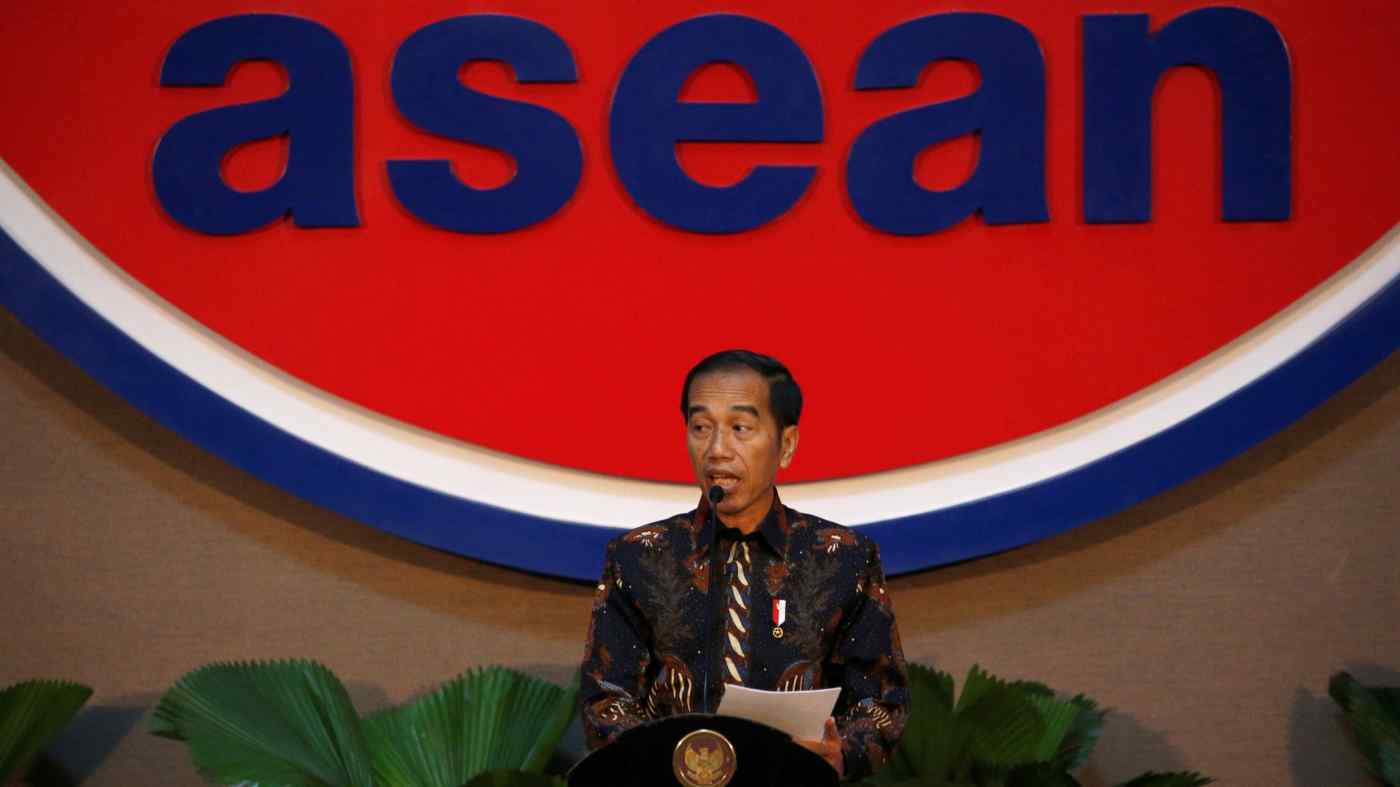 JAKARTA -- Indonesian President Joko Widodo called on leaders of ASEAN countries to meet in response to the escalating violence in Myanmar.

In a live speech broadcast on Youtube on Friday, Widodo extended his condolences and "deep sympathy" for victims of the military crackdown on protesters -- and urged for the violence to be immediately ceased.

"The safety and welfare of the people must be the top priority. Indonesia also urges for dialogue and reconciliation to recover democracy, peace and stability in Myanmar," he said.

He added that would speak with the Sultan of Brunei, chair of the Association of Southeast Asian Nations this year, to immediately convene a high-level meeting.

Ravina Shamdasani, a spokesperson of the United Nations High Commissioner for Human Rights, said Tuesday that at least 149 people have been killed since the Feb. 1 military coup as a result of "unlawful use of lethal force against peaceful protesters in Myanmar."

She added: "There are many more reports of further killings that we have not been able to corroborate yet."

The death toll includes at least 50 demonstrators killed by Myanmar security forces in the industrial suburb of Hlaingtharya, during the worst day of the violence on Sunday.

Bachelet added that they are "going now into the outskirts of Yangon, where there are industrial neighborhoods where the workers" live. Support for Aung San Suu Kyi's National League for Democracy is strong in these areas.

Indonesia led an earlier move to convene ASEAN foreign ministers, with an online meeting held on March 2. Some participants urged Myanmar to exercise restraint in cracking down on anti-coup protesters and immediately release Suu Kyi, the de facto leader of the country until the coup.

But the first international conference attended by the military since the coup appears to have been in vain. The military-appointed foreign minister, Wunna Maung Lwin, reportedly expressed his irritation and said he would not attend another such meeting.

Indonesian Foreign Minister Retno Marsudi at that time called for adherence to ASEAN's policy of noninterference in internal affairs, but stressed the importance of respecting democracy, human rights and the rule of law.

The ASEAN charter, adopted by the 10 member states in 2008, stipulates that nations should respect the principle of noninterference in the internal affairs of others, as well as adhering to "the rule of law, good governance, the principles of democracy and constitutional government."