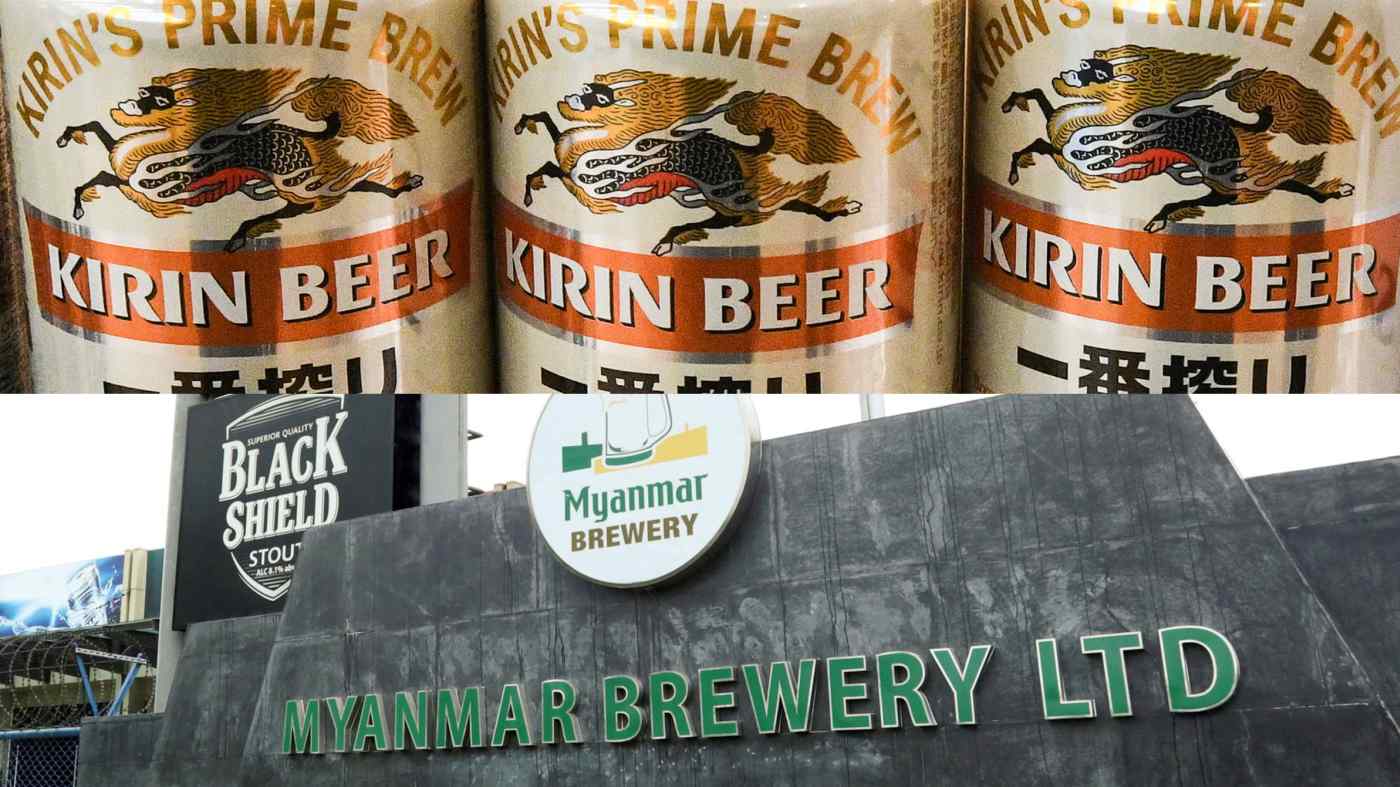 Kirin had hoped to continue its beer business in Myanmar after the dissolution of the joint venture but it was not able to do so. (Source photo by Yoichi Iwata)
NANA SHIBATA, Nikkei staff writerFebruary 14, 2022 15:00 JSTUpdated on February 14, 2022 20:28 JST | Myanmar
CopyCopied

TOKYO -- Japanese beverage company Kirin Holdings is set to exit its Myanmar operations after it concluded there is no hope of resolving a dispute with its military-backed partner a year after a military takeover plunged the Southeast Asian nation into turmoil, the company announced Monday.

"Very disappointing. There is a feeling that the [beer] brand has been strengthened up until now. But I can't help it," Yoshinori Isozaki, Kirin's president and chief executive told reporters on Monday after the company announced its decision to leave Myanmar, confirming an earlier Nikkei report on the matter.