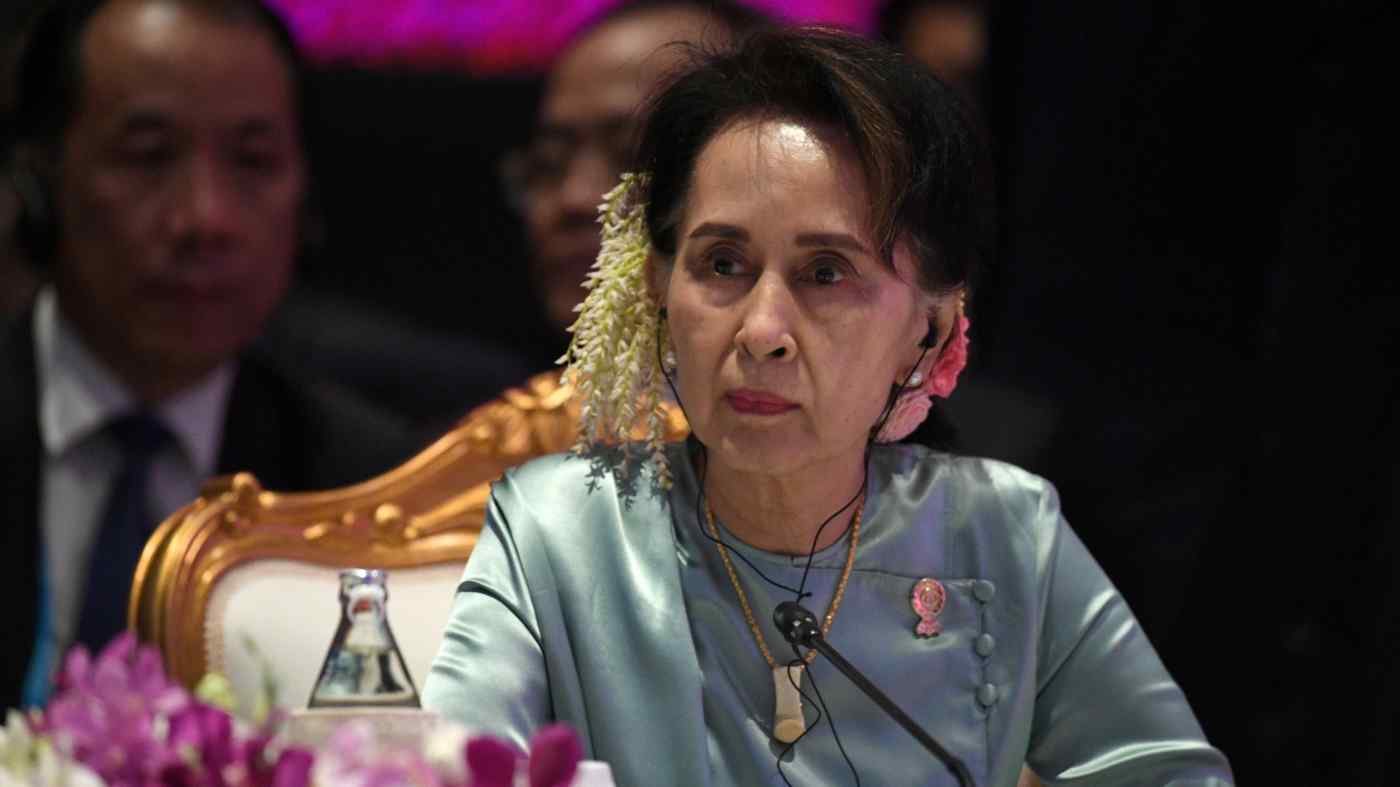 Suu Kyi's lawyers already denied the allegations when they were first raised three months ago by the military regime that toppled her elected government in a February coup. The commission's findings come as prosecutors are set to present their case on separate charges against Suu Kyi in court on Monday.

Suu Kyi's supporters say all of the charges are politically motivated and an attempt to discredit her and legitimize the military's seizure of power. The coup has been wildly unpopular among Myanmar's people, who voted overwhelmingly for Suu Kyi's National League for Democracy party in last year's general election after a first five-year term in office.

If convicted of any of the offenses, Suu Kyi could be banned from running in the next election, should there be one. The junta has claimed it will hold new elections, within the next year or two, but the country's military has a long history of promising elections and not following through.

The military ruled Myanmar for 50 years after a coup in 1962, and kept Suu Kyi under house arrest for 15 years after a failed 1988 popular uprising against army rule.

Since February's coup Suu Kyi has already been charged with spreading information that could cause public alarm or unrest. She also faces two counts of violating the Natural Disaster Management Law for allegedly breaking COVID-19 pandemic restrictions during the 2020 election campaign; illegally importing walkie-talkies that were for her bodyguards' use; and unlicensed use of the radios.

Another charge, breaching the colonial-era Official Secrets Act, is being handled separately.

Thursday's report in the state-owned Global New Light of Myanmar newspaper said the complaints based on the Anti-Corruption Commission's findings were filed at the relevant police stations on Wednesday. Other media, including state television MRTV, carried the same report.

The report said Suu Kyi has been charged under Section 55 of the Anti-Corruption Law, which states that political office holders convicted for bribery face a maximum penalty of 15 years in prion and a fine. It would be the most severe penalty she faces; the Officials Secrets Act has a maximum 14 years' prison term.

Kyi Win, a lawyer for Suu Kyi and her party, said her legal team would discuss the development with her when they meet at their next court hearing on the other outstanding charges.

The report also said the commission had found that Suu Kyi has misused her position to obtain rental properties at lower-than-market prices for a charitable foundation named after her mother that she chaired.

The story charged that the action deprived the state of revenue it would otherwise have earned.

"These moves were not carried out in line with the procedures but with her power and authority," said the report. "She paid lower than the reasonable prices for land lease."

The Global New Light of Myanmar said that the former mayor of the capital Naypyitaw, Myo Aung, who also chaired its development committee, was also being charged under Section 55 of the Anti-Corruption Law, along with former deputy mayor Ye Min Oo and former committee member Min Thu.