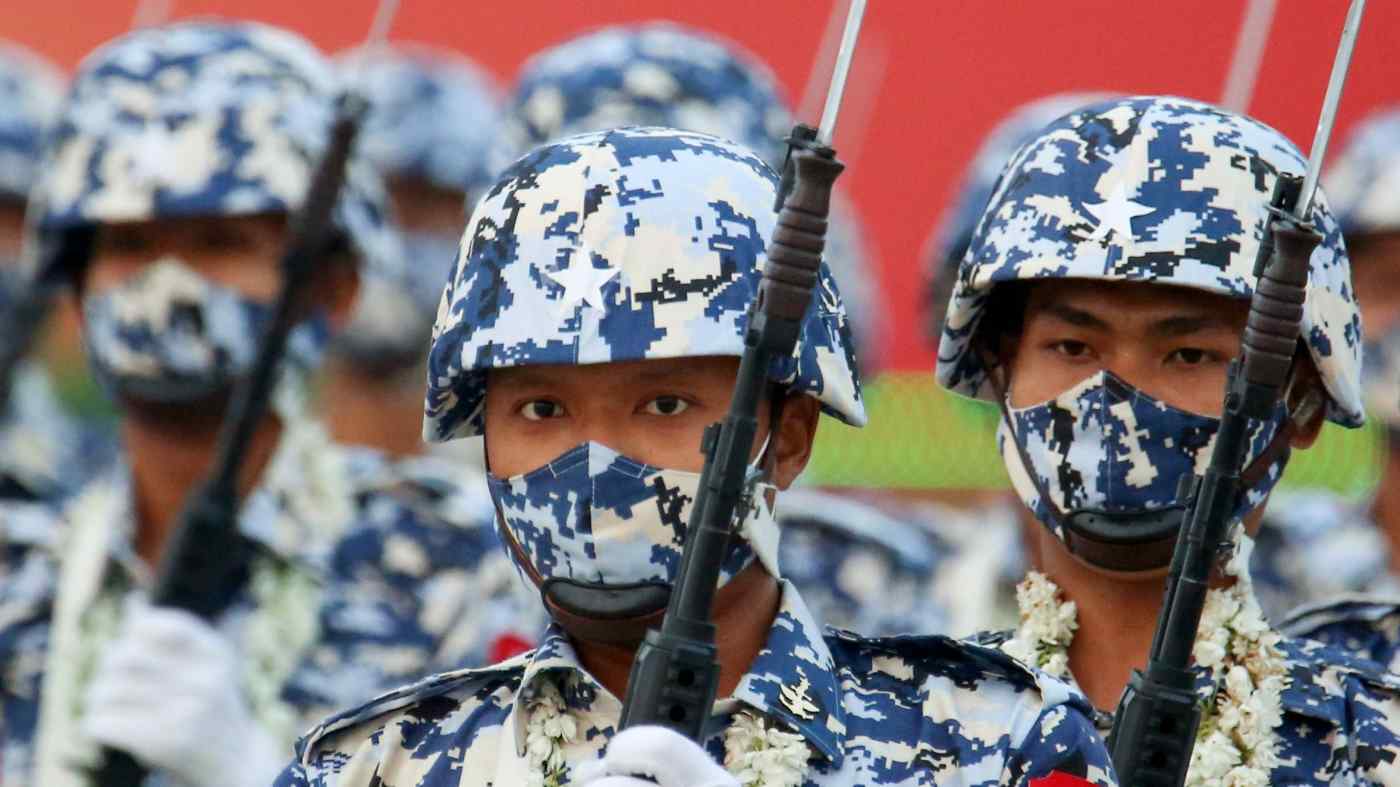 BANGKOK -- Myanmar's military on Wednesday launched an early-morning crackdown on pro-democracy protesters in the northwestern township of Kalay, the city bordering India, killing at least eight civilians with machine guns and grenades.

"It's like they are ready to shoot anything they saw on the road," a member of the student union who was caught up in the attack told Nikkei Asia, adding that there was "no warning before the crackdown," which was said to have started around 5 a.m. and lasted until noon.

The Karyankan Myitta Ambulance Service which helped transport the dead and injured said at least eight were killed and many others hurt during the attack.

Protesters had set up barricades at the edges of the city and were said to have tried to fight back with hunting rifles, air guns, gas pistols, bows and arrows, and slingshots.

"I want the people from different places of our country to start a movement like us, I mean, especially [at] the border cities," a male member of the student union said. "If not, we will be attacked [by the military] all the time." The porous border between Myanmar and India has provided some shelter for protesters.

The porous border allows protesters to slip over to the Indian side to escape the security forces and to return to Myanmar when they deem it safe, sources familiar with Kalay and the border areas told Nikkei.

Kalay is no stranger to such conflict. Over the border are India's northeastern states of Manipur and Mizoram from where freedom fighters used to cross over to hide in Myanmar to escape the Indian army.

In the nine weeks since the Myanmar military staged a coup and seized power from Aung San Suu Kyi's National League for Democracy, security forces have stepped up violence against protesters. Since late February, the military has deployed troops across the country to disperse protesters.

According to the Assistance Association for Political Prisoners, 581 people were confirmed killed by the security forces by April 6.