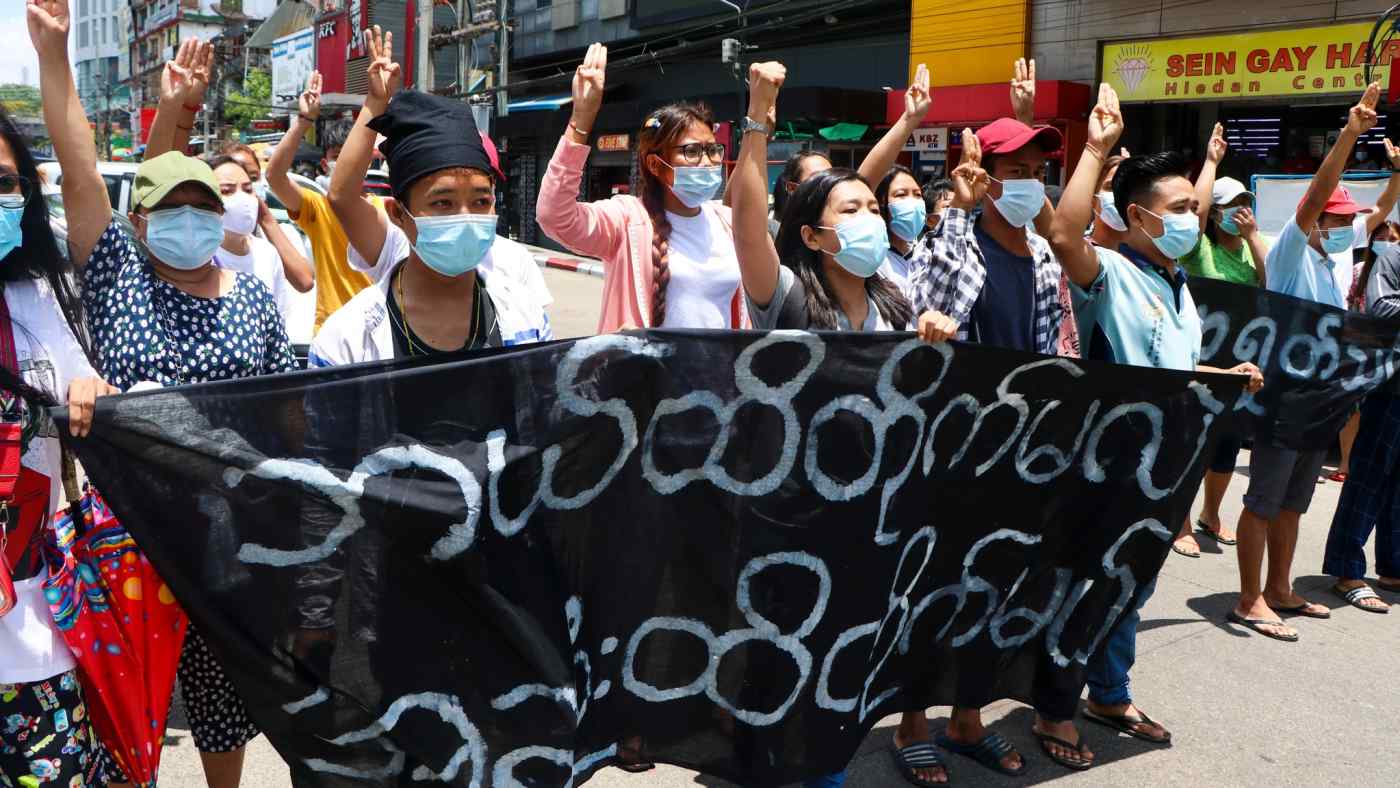 BANGKOK -- Nearly 13% of companies in Myanmar have ceased all activities there since the Feb. 1 military coup, according to a survey out Thursday, highlighting the heavy toll of political turmoil on the economy.

The answers provided in the survey show that political instability "had a stronger negative impact" on companies in just two months than a whole year of the pandemic, the report said.

Of the 372 companies responding by April 9, nearly half were Japanese, at 182, followed by 115 Western companies. Fifty-four of the respondents were Myanmar companies.

Asked for the main causes of the impact, with multiple responses allowed, respondents most frequently said that banks, transfers and payments were not working, at 77%.

Disruption of the internet came next, at 70%, followed by staff being unable to travel or work on-site or in the field, at 65%.

In the absence of any improvement by the end of September, the number of companies that terminate all operations, terminate employment contracts, or reduce operations and salaries could double by the end of the year, the report said.

The appetite for investing in Myanmar has collapsed, the survey shows. Before February, 53% of respondents had planned to increase investment there. But just 5% now plan to do so by the end of the year.

In January, "a majority of companies were planning to maintain or even to increase their operations and investments in Myanmar," according to the report. "These plans came to a halt after the political events of February 2021."

Among the prominent foreign players hit by the coup is Norwegian telecommunications group Telenor. The company said Tuesday that it had fully written off its Myanmar operations, for the equivalent of about $780 million, over worsening conditions since the coup.