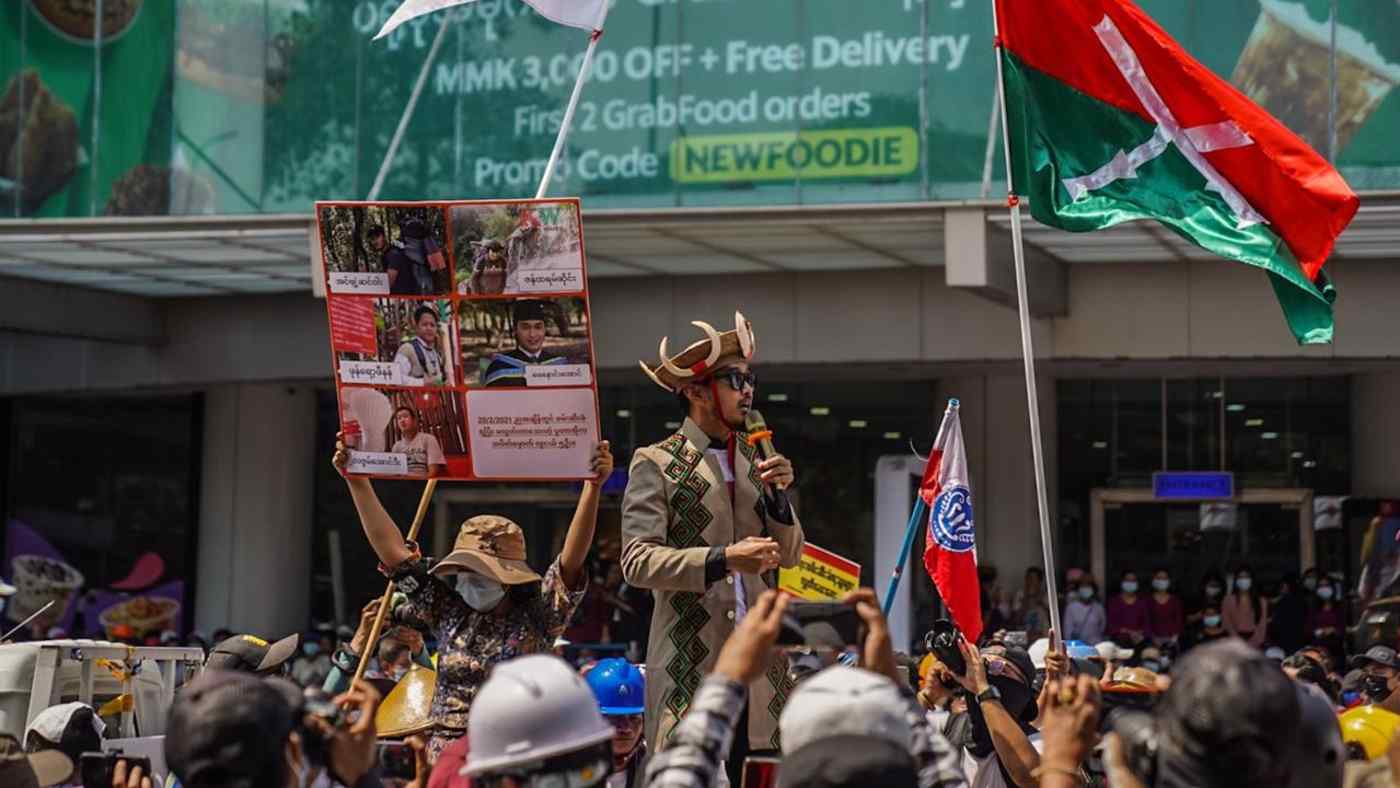 BANGKOK -- Myanmar's ethnic groups are joining the protests against the military coup, demanding the junta return power to the elected government.

The military seized power on Feb. 1, when the second term of the government led by Aung San Suu Kyi and her National League for Democracy was supposed to begin.