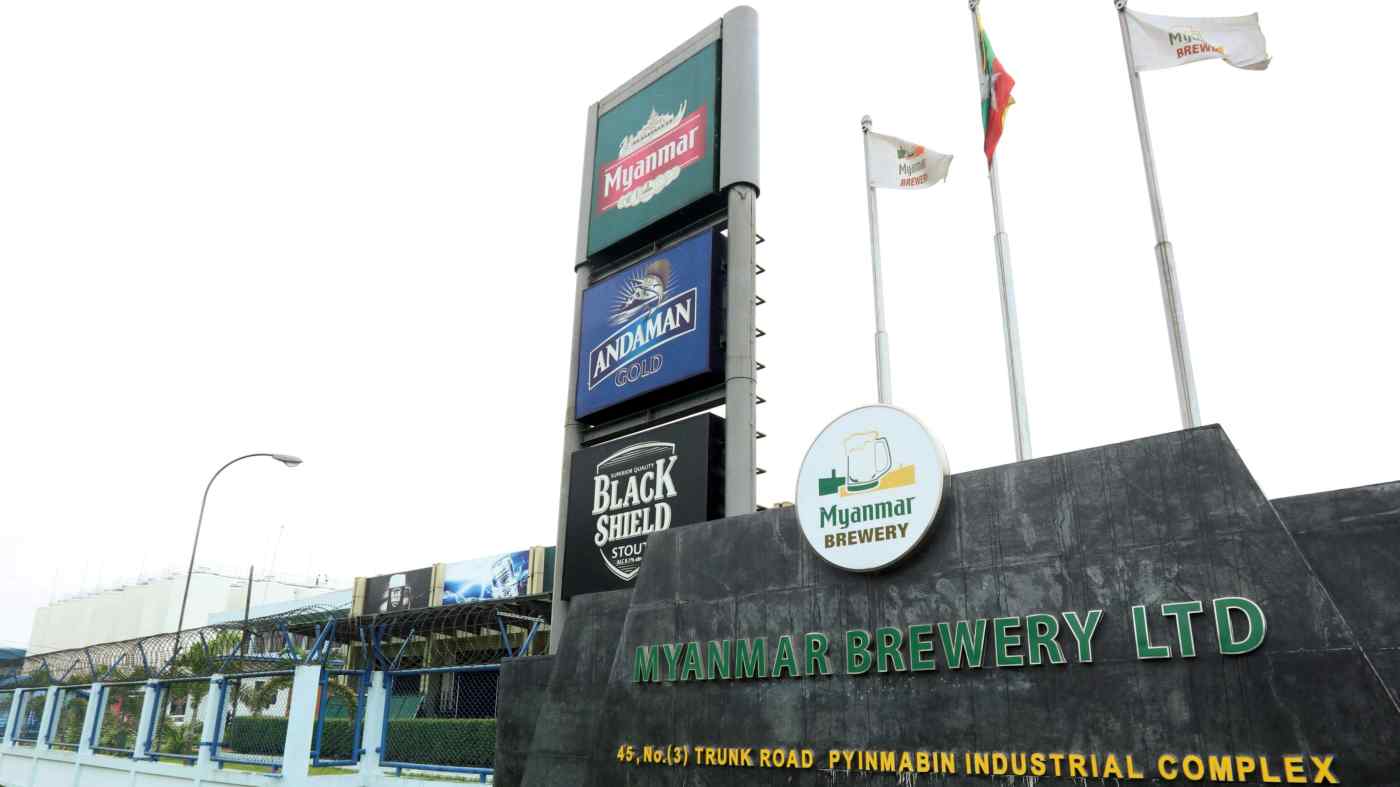 Myanmar Brewery is owned 51% by Japanese brewer Kirin, which decided in February to unwind the partnership after Myanmar's military took control of the country.
Nikkei staff writerJanuary 26, 2022 18:43 JSTUpdated on January 26, 2022 19:58 JST | Myanmar
CopyCopied

BANGKOK/YANGON -- A Myanmar court on Wednesday rejected the dissolution of Myanmar Brewery, a joint venture between Japanese brewer Kirin Holdings and Myanma Economic Holdings (MEHL), which has close ties to the Myanmar military.

The Yangon West District Court held a sixth hearing with interested parties on Wednesday and decided to reject the petition for dissolution filed by MEHL. The court accepted Kirin's argument that MEHL's petition under The Myanmar Companies Law was invalid.