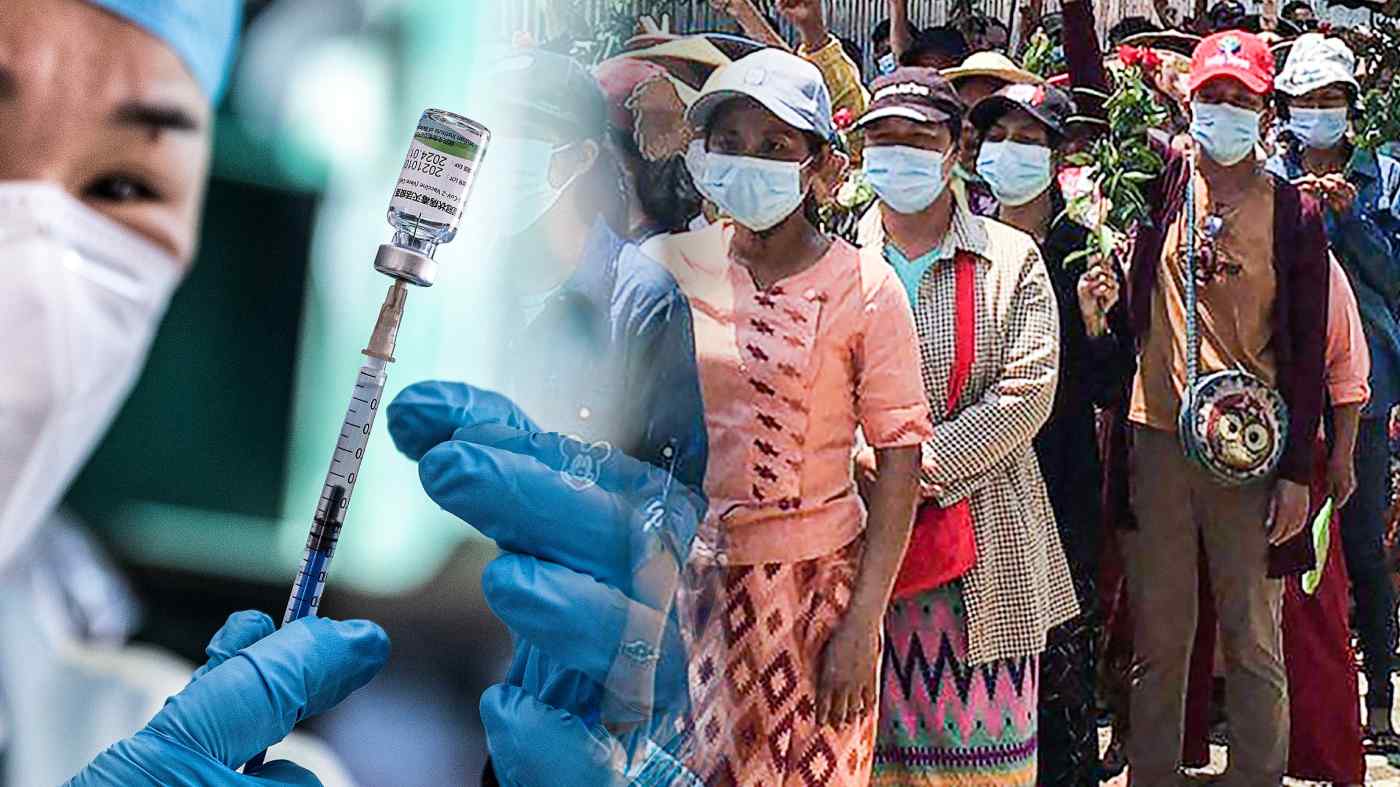 People in remote areas of Myanmar under the control of ethnic armies are being inoculated against COVID-19 with support from China. (Source photos by Getty Images and Kachinwaves/AFP/Jiji)
MARWAAN MACAN-MARKAR, Asia regional correspondentAugust 18, 2021 15:45 JST | Myanmar
CopyCopied

BANGKOK -- Along its border with Myanmar, China is taking a stab at containing the spread of COVID-19 by ramping up ties with armed groups operating in rural ethnic enclaves, completely ignoring the military regime in Myanmar.

The Kachin Independence Army, Shan State Army-North and United Wa State Army -- the largest of Myanmar's rebel forces -- have become conduits for doses of Chinese-made COVID-19 vaccines, bolstering alliances that Beijing has cultivated in a corner of Southeast Asia that is strategically important to Yunnan Province in China's southwest.