Myanmar faces COVID surge amid lack of medics and jabs

Military deploys own doctors but schedule murky even for soldiers' families 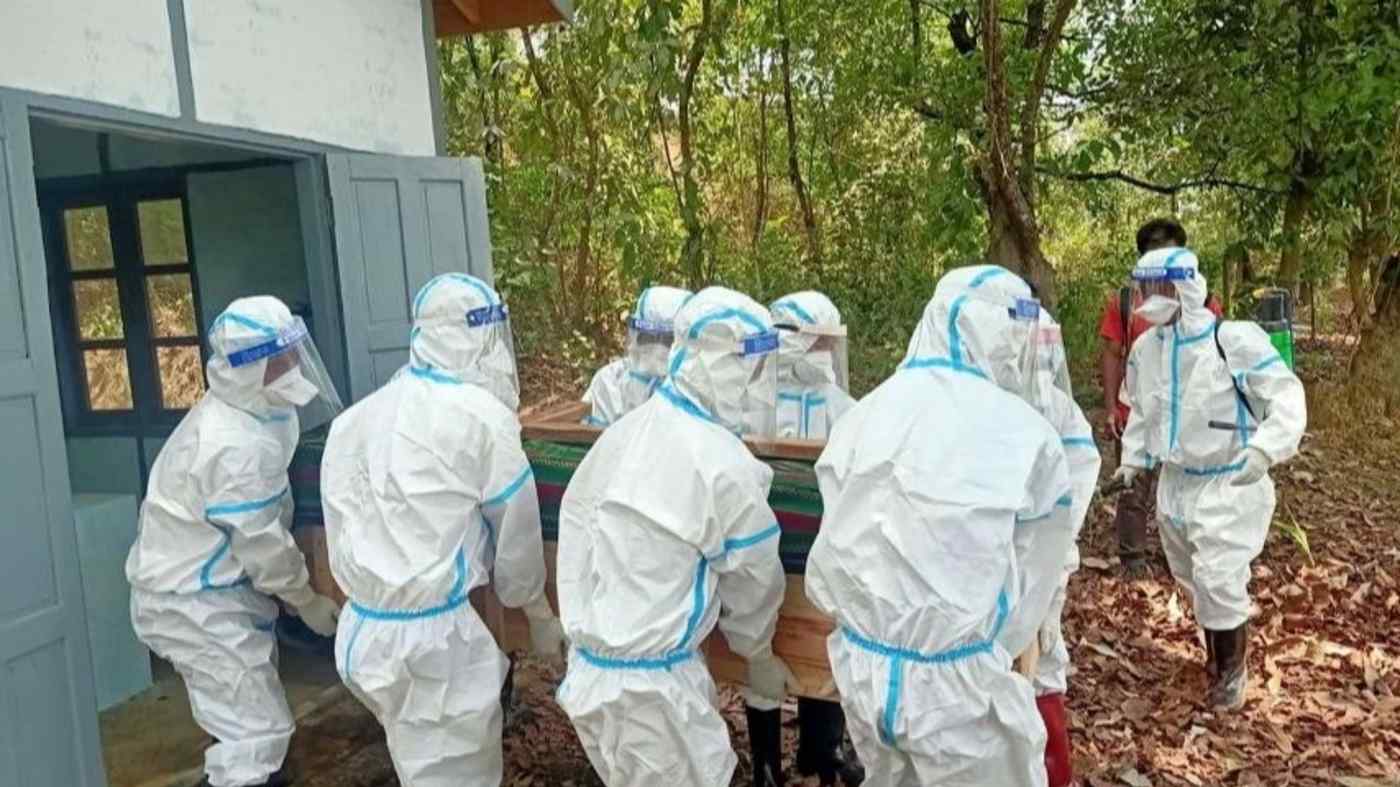 YANGON/BANGKOK -- Data from Myanmar's health ministry shows clear signs of a new wave of COVID-19 infections in a country already in turmoil from the February coup and the subsequent crackdown on protesters, including many health care workers.

The junta-controlled Ministry of Health and Sports announced on Monday 1,225 new cases, the highest number since mid-December last year.

"Only army medical officers and doctors are working at COVID-19 treatment centers, and Myanmar Red Cross members assist them," a 30-year-old doctor told Nikkei Asia on condition of anonymity. He has been working for a COVID-19 prevention program since before Aung San Suu Kyi's civilian government was ousted. Since the coup, few volunteers are participating in the infection control program because it is run by military medical units.

Before the coup, people received treatment at community-based fever clinics. When they noticed COVID-19 symptoms in family members or neighbors, they sent them to treatment centers or quarantine centers. The doctor said the fever clinics, which helped contain the spread of the coronavirus last year, are "not ready to open at this time due to the restrictions." There were 29 fever clinics operational in Yangon last year, but five or fewer are functioning now, he added.

Many health care workers have taken part in the civil disobedience movement against the coup, with over 1,000 doctors at 70 hospitals going on strike as early as Feb 3. The junta's top decision-making body, the State Administration Council, has accused medical workers of killing the people by abandoning their posts at hospitals and not offering care. At the same time, the council has barred doctors involved in the civil disobedience movement from returning to clinics.

The military has charged health care workers involved in protests under section 505-A of Myanmar's penal code, which criminalizes joining the civil disobedience movement or calling on others to do so. Dr. Htar Htar Lin, the former head of Myanmar's COVID-19 immunization program, has been arrested and faces charges of high treason for "colluding with opponents of the military authorities," state media reported earlier this month.

Myanmar experienced a second wave of COVID from September 2020 to January 2021, with daily caseloads reaching more than 2,000 at the peak in October. Subsequently, Suu Kyi's government managed to hold new infection numbers below those of Myanmar's neighbors by offering public support, such as accepting financial donations from people and businesses, and sending volunteer health care workers to clinics. After the coup, however, most COVID-19 containment centers were shut.

The third wave began early this month, starting in border areas such as Chin State and the Sagaing region, both of which share a border with India. Cross-border traffic has brought new infections and new COVID variants. Official data shows the latest outbreak has already spread to many other parts of the country, including the Bago region near Yangon.

Facing an ongoing shortage of civilian health care workers, the military is using its own resources. According to an army doctor who spoke to Nikkei, the military has sent army medical workers, including doctors and nurses, to Yangon military hospitals to treat patients. The State Administration Council is also preparing to set up new COVID centers. However, the junta's prevention measures are said to be weak, even within the military. One soldier's 23-year-old daughter said military offers no concrete advice on how to avoid infection. "We were just told to wear masks when we go outside. Although they are collecting data on people aged 18 and older for the [future] vaccination, we were not given any actual plan for when it is going to start," she said.

Vaccinations for the general population are also making little progress. Data from the World Health Organization has not been updated since May 13. At that time, only 3.3% of the population had received at least one vaccine dose.

That may be due not only to the political turmoil in Myanmar but also problems with its main vaccine supplier, India. Suu Kyi's government had agreed to buy 30 million doses from its neighbor, but deliveries has been suspended as India has struggled with its own surge in COVID cases since March.

"India is also trying hard to vaccinate many populations," said Khin Khin Gyi, an official with Myanmar's health ministry. She said that the 3.5 million does that had been imported by February were "used effectively," but that the country is now "almost out of stock."

The third wave has added another burden to people already facing a humanitarian crisis and economic hardship since the coup. And the virus may not be contained anytime soon. The health ministry said Monday that the 1,225 infections detected were from 6,586 laboratory samples tested within 24 hours, a positivity rate of 18.6%.