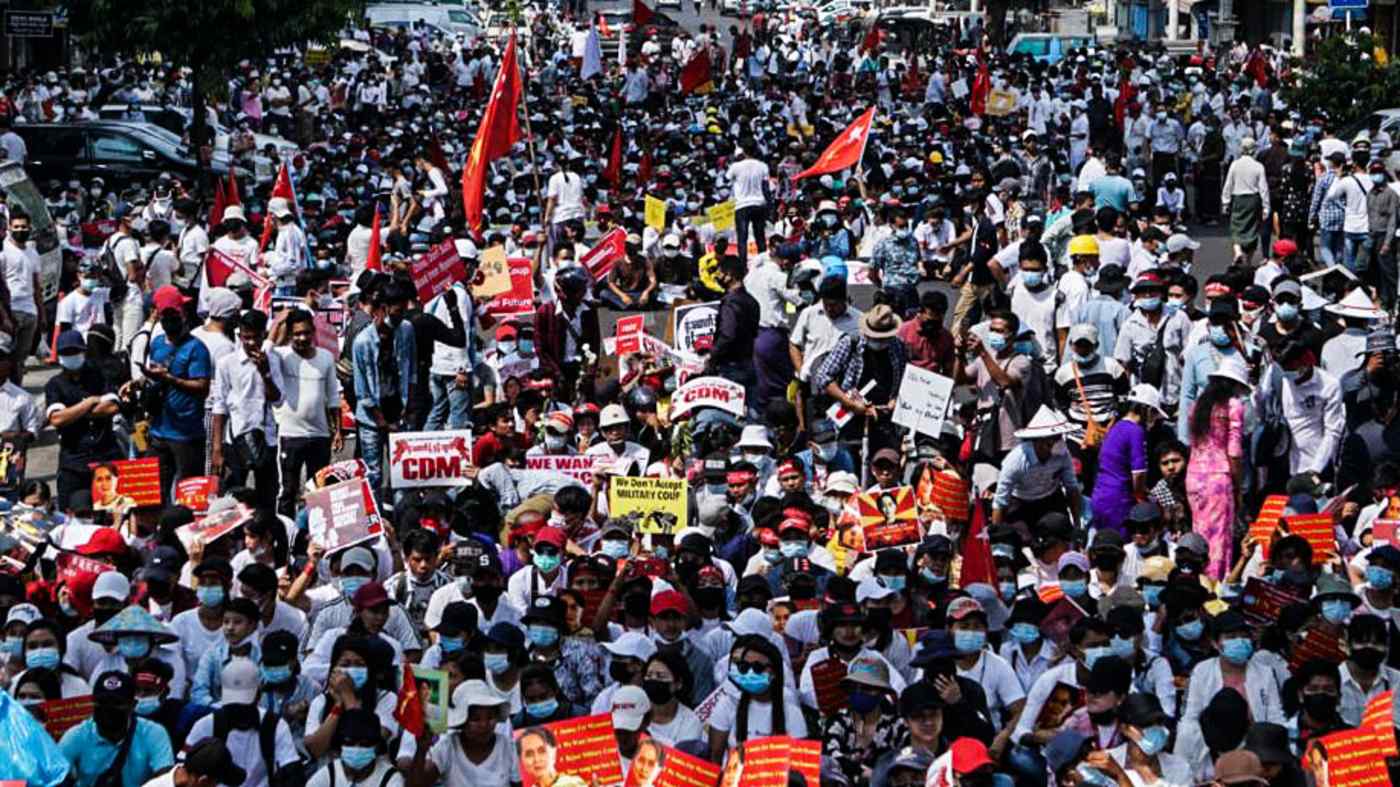 YANGON/ BANGKOK -- Widespread demonstrations took place against the military in Myanmar on Monday, after a general strike was called on social media, with factories and supermarkets closed, as witnesses said the protest was the largest since the Feb. 1 coup.

A 30-year-old sales manager who protested in Yangon said, "Today's protest is the biggest protest that I have ever seen in my life."