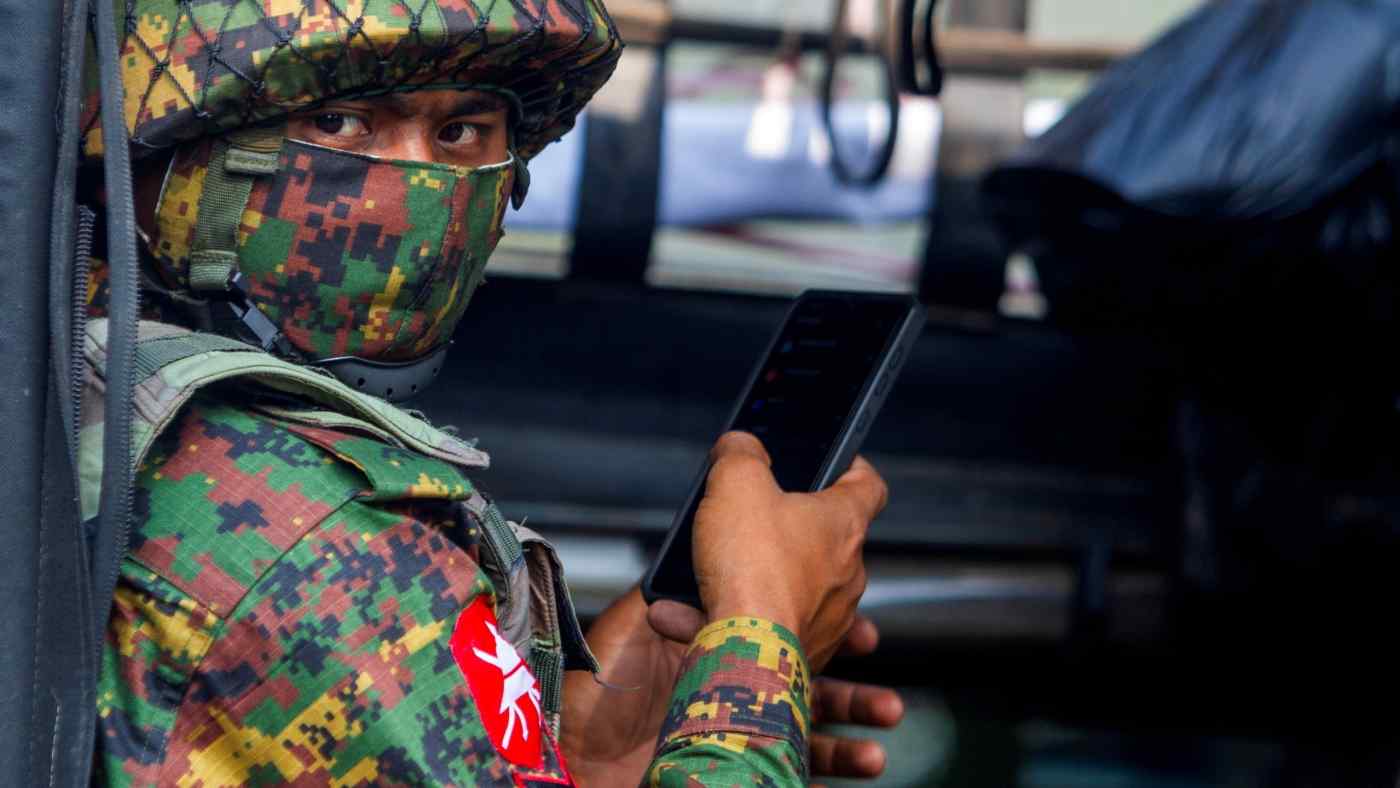 BANGKOK/YANGON -- Moves by Myanmar's military regime to establish a restricted, national intranet underscore the junta's dilemma over allowing online access to business while silencing anti-coup opposition. Recent efforts to "whitelist" individuals or entities as part of the plan follow the imposition of internet blackouts and highlight the spiraling parallel battle over online access, notes a report by the Brussels-based International Crisis Group.

The report comes days after the Global Network Initiative, an alliance of more than 60 internet, telecoms and civil society groups, and the Myanmar Centre for Responsible Business issued a joint statement criticizing the whitelisting approach and requesting a return to full online access for all websites and services.

Crisis Group's report, focusing on the struggle over Myanmar's virtual battlefield, examines the junta's efforts to control the internet and eradicate opposition to the coup, which has seen the killing of nearly 800 people and arrests of more than 5,080 since Feb. 1. The report urges international technology companies -- particularly telecom providers -- to keep Myanmar's shrinking online space "as open and its users as safe as possible," through measures such as expanding free access to secure virtual private networks and improving digital security knowledge among users.

The report reinforces calls by human rights and other groups for foreign governments to include dual-use electronic equipment and software such as eavesdropping and surveillance systems in arms embargoes on Myanmar, and urges greater enforcement by monitoring sales made through middlemen.

The plan to develop a highly restricted intranet reflects the junta's lack of technological sophistication and suggests it does not have as much help from its patron China, as critics have suggested. The report notes that the intranet idea is a simpler alternative to China's "great firewall," in which both internet access and local content are actively restricted. Under the junta's plan, mobile users will have access only to whitelisted applications such as banking services.

This course "will inevitably limit its ability to offer anything more than the most basic services, with a major impact on the economy," warns Crisis Group. "Even if the regime were to receive assistance from sympathetic outside actors to expand its capacities, domestic opposition would make it difficult to recruit the local expertise needed to maintain a more repressive system," it adds.

The junta's imposition of regular internet blackouts and suspension of Wi-Fi service has undermined the opposition movement -- particularly its ability to organize protests -- but has come at huge social and economic costs for the regime, says the report. The junta has also enacted legal amendments to gain access to user data and prosecute opponents, as well as issuing orders to mobile operators and internet service providers to restrict access to certain websites and VPNs that can bypass internet filtering.

Only the less common fiber-to-home connections remained operational, leaving rural areas completely disconnected, the report notes. "In urban areas, service providers have been inundated with applications for fiber connections, and are unable to meet demand. In the meantime, many residents are sharing connections with neighbors who have fiber to get around the blackout." By one estimate, there are likely just 600,000 active internet connections left in the country -- barely one for every 100 people -- down from close to 25 million prior to the mobile data shutdown, the report adds.

In the dwindling internet space, Crisis Group's calls to foreign tech and telecoms to help maintain internet access rest with the nonstate service providers in Myanmar, particularly Norway's Telenor, the only Western telecom operator. The company on May 4 announced that it had decided to write-off the value of its Myanmar operation by booking a $783 million first-quarter loss, in light of the country's "deteriorating security and human rights situation." It has also publicly indicated that it disagrees with the junta's tactics of internet blackouts and demands for user data.

Many in the anti-coup movement now fear that Telenor could withdraw from Myanmar. But in announcing the write-off, CEO Sigve Brekke said the company was committed to staying in Myanmar "for now," even though it saw an "irregular, uncertain and deeply concerning situation" with "limited prospects of improvement."

Telenor and Ooredoo of Qatar launched their Myanmar services in 2014, joining state-owned Myanma Posts and Telecommunications, which partnered with Japanese groups KDDI and Sumitomo. The Myanmar military, in partnership with Viettel of Vietnam and a Myanmar consortium, launched a fourth operator, Mytel, in 2018.

Social media meanwhile has played a key role in anti-coup resistance up to now. Activists, showing high levels of organization and internet skills, have skirted military-imposed internet blackouts via VPNs, using social media platforms -- particularly Facebook -- to organize protests, galvanize public opposition and document abuses, the Crisis Group report says. The social media platform banned accounts held by the military and related entities and individuals after the coup in moves followed to varying degrees by other social media platforms such as TikTok.

Facebook's moves have been welcomed by anti-junta activists, reversing widespread condemnation in the West in recent years for its role in fueling hate speech during the military's brutal campaign against Rohingya Muslims from late 2016, the report notes.

While the junta has succeeded in denying internet access to most of Myanmar's population through its shutdowns, it has so far lacked any viable long-term strategy for controlling the country's online space, notes Crisis Group.