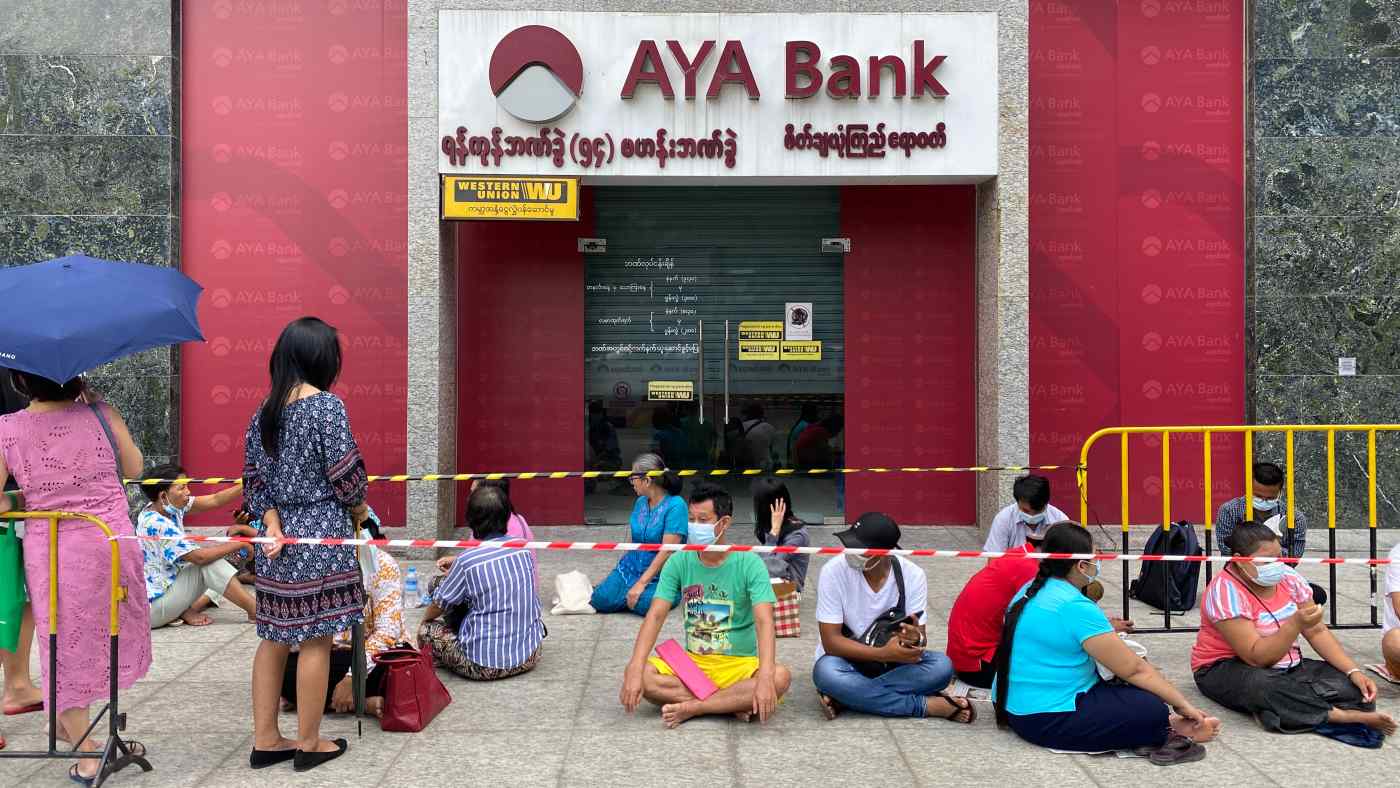 BANGKOK -- Myanmar's junta is striving to "normalize" the nation's economy now that three months have passed since the coup on Feb. 1.

The regime has partially eased restrictions on internet access and shown a plan to drop charges against prosecuted civil servants that will allow them to return to work.

At the same time, the junta continues to crack down on pro-democracy forces.

But with citizens still taking to the streets, it remains uncertain whether the economy will kick back into gear.

Fixed-line access to the internet is now permitted from 1 a.m. to 9 a.m. Connections began Wednesday, according to telecom industry representatives, ending a nighttime blockage that had been in place since mid-February.

Myanmar's post-coup economy has been seriously damaged. One factor has been the Civil Disobedience Movement by striking civil servants as well as workers in banking, logistics and other key industries that began in mid-February.

The CDM has spread across the country. 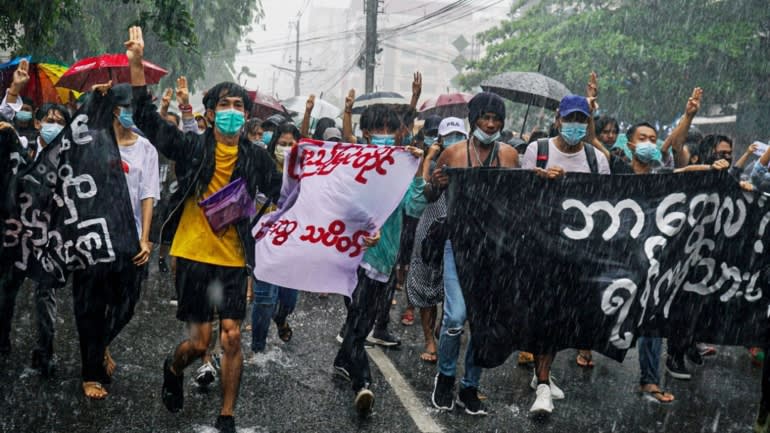 And a suspension of banking services has paralyzed economic activity, stymying the procurement of materials and the payment of wages.

Alarmed by the economic stagnation, the junta is trying to move things back on track by incentivizing and punishing citizens. In this regard, the partial resumption of internet access is considered an incentive.

The Central Bank of Myanmar, which has authority over commercial banks, said in a news release that starting Monday people will be allowed to open new bank accounts that will allow unlimited cash withdrawals. At present, every ATM withdrawal is capped at 500,000 kyat ($326), on orders from the central bank, though some banks have lowered the ceiling to 300,000 kyat and even 200,000 kyat.

A representative of a foreign lender said the central bank might be hoping the new accounts attract some of the cash in circulation.

The junta is also pressuring banks to resume operations, warning that they will be fined if their branches remain closed. A 25-year-old male bank worker and CDM participant in mid-April was warned by his employer that he would be punished under employment regulations unless he returned to work.

Authorities are urging supermarkets, commercial facilities, restaurants and general retailers to submit reports in advance if they take time off. "We cannot reject security troops if they come," a restaurant operator said.

The junta also needs to get government offices and services back up and running. To this end, it said it will allow civil servants who have taken part in demonstrations or other acts of protest to return to their offices.

"Taking action against them will be lifted under the criminal process," an announcement says, though there are several conditions, including assurances that those who take advantage of the program will refrain from expressing anti-civil sentiment through words or actions. The CDM has spread among teachers and other employees at public schools and universities, but the regime plans to reopen places of learning in June, when Myanmar's academic year begins.

The anti-junta protests have begun to ebb, the result of crackdowns and suppression by security forces.

Stores, meanwhile, started to reopen around mid-April, when Myanmar's Thingyan New Year holidays took place. The number of vehicles on the streets is increasing, and people are returning to shopping malls and markets.

But it is too soon to conclude that the situation in Myanmar is moving toward normalcy and an acceptance of military rule. Popular opposition to the regime remains strong, and there are calls for a democratic government to resume as early as possible.

Young people who oppose the junta as a dictatorship have been staging flash protests in parts of Yangon, gathering quickly and then immediately dispersing to avoid arrest.