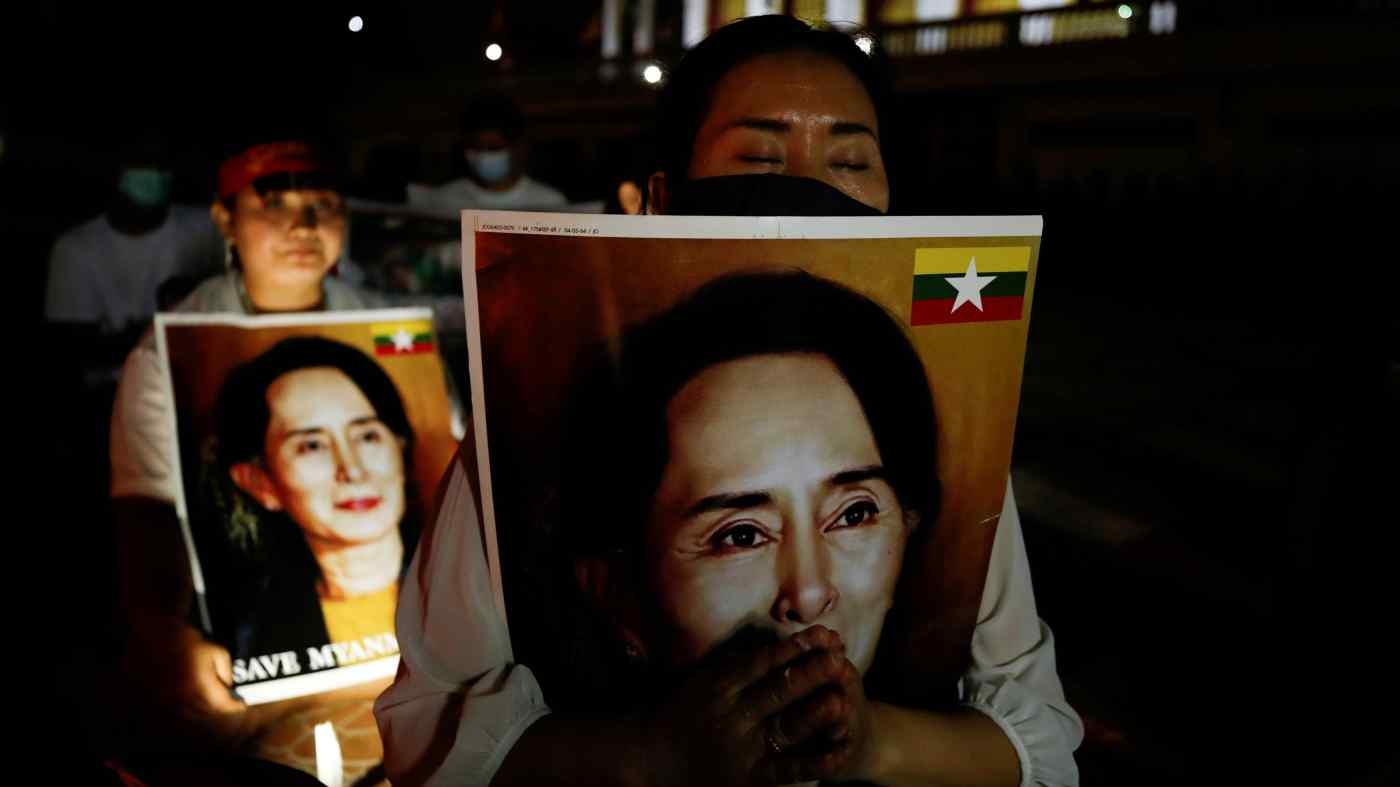 Myanmar's ruling military has not blocked a special Southeast Asian envoy from visiting the country but will not allow him to meet detained former leader Aung San Suu Kyi, because she is charged with crimes, the junta's spokesman said.

A delay in the United Nations approving the military government's U.N. ambassador nomination was politically motivated, spokesman Zaw Min Tun added, saying the U.N. and other countries and organizations "should avoid double standards when they are engaging in international affairs".

The spokesman's remarks, issued by the military in a summary dated Wednesday, come as international pressure builds on the junta to implement a five-point peace plan its top general Min Aung Hlaing agreed to in April with the Association of Southeast Asian Nations (ASEAN)

Myanmar has been in political and economic paralysis since the military's Feb. 1 coup, which triggered an outpouring of anger and protest that has not abated, with some civilians forming militias to take on the powerful army.

The junta's inaction on the ASEAN plan was "tantamount to backtracking" and some member countries were "deep in discussions" about excluding Min Aung Hlaing from a summit this month, Erywan Yusof, the bloc's special envoy, said last week.

Erywan earlier this week said he was in consultations with parties in Myanmar, does not take sides or political positions and looks forward to a visit.