Postponing decision seen as bid to lend credibility to 2023 election 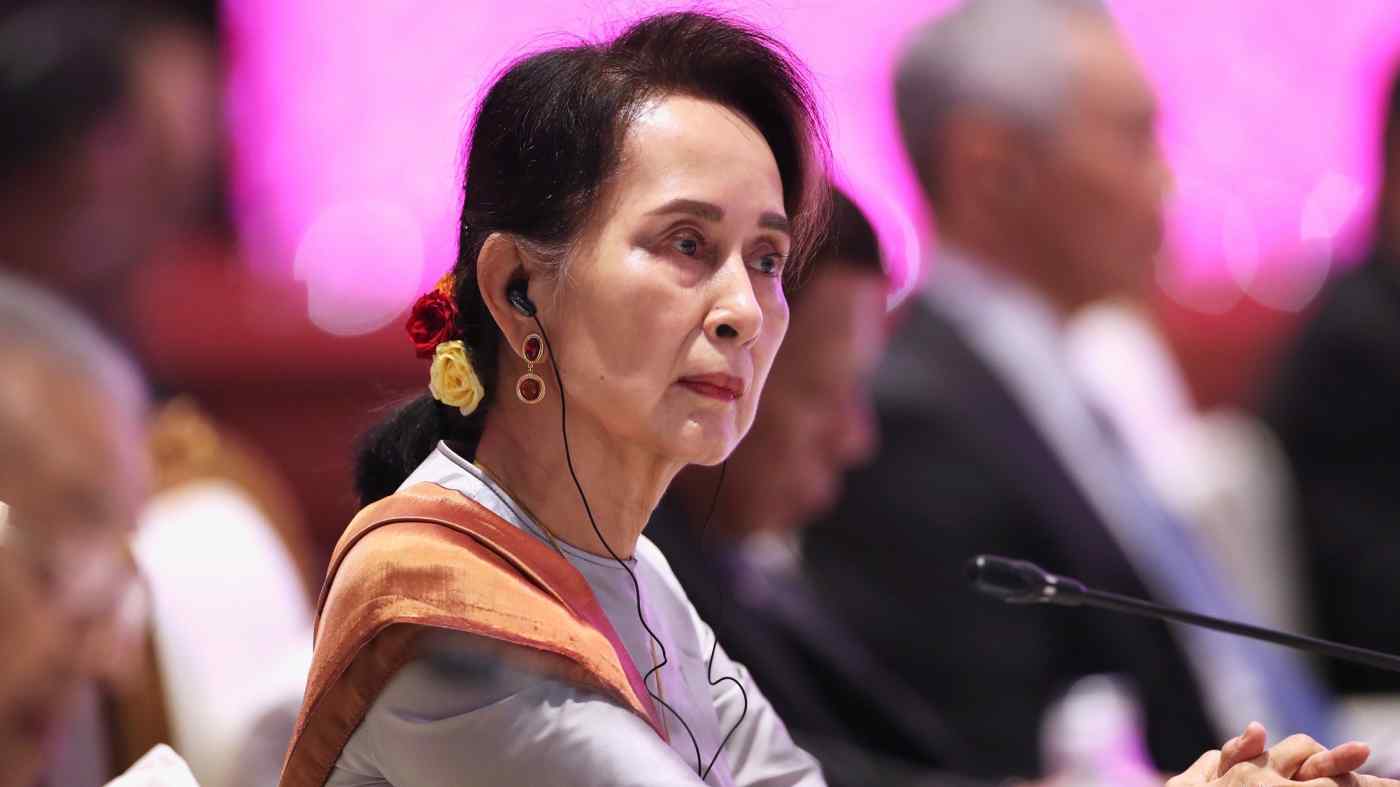 Aung San Suu Kyi, seen here attending the 2019 ASEAN summit, is among the key officials of the National League for Democracy who have been detained.   © Reuters
Nikkei staff writersJanuary 26, 2022 15:27 JST | Myanmar
CopyCopied

"We have no plan to dissolve [the NLD] till the 2023 August elections," Major Gen. Zaw Min Tun said in a recent interview, noting that the decision is up to the election commission. Whether the party takes part in the general election will be "determined by the NLD," he said.