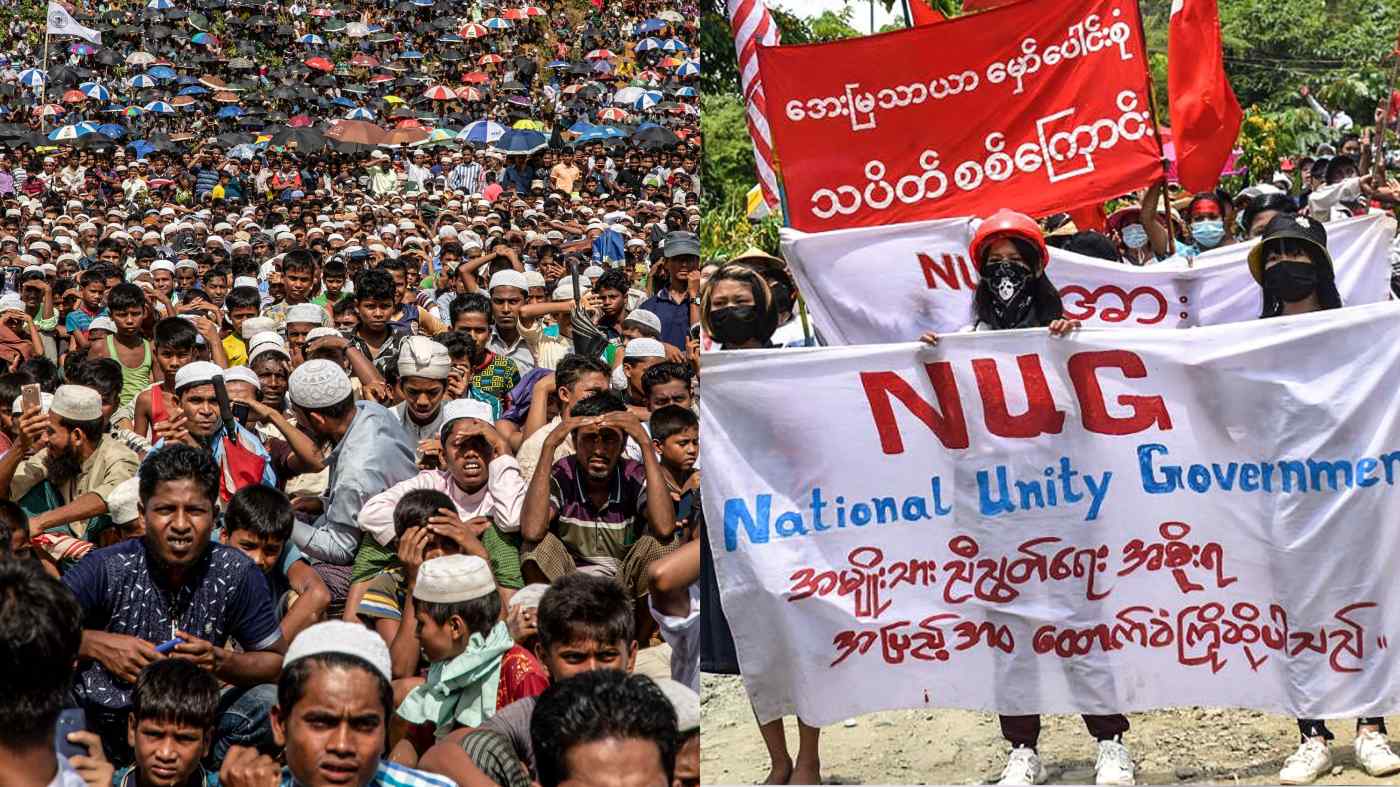 The NUG gained a sliver of hope for a possible path back to power by taking a groundbreaking position toward the Rohingya. (Source photos by Getty Images and Kachinwaves/AFP/Jiji)
MARWAAN MACAN-MARKAR, Asia regional correspondentJune 28, 2021 13:59 JST | Myanmar
CopyCopied

BANGKOK -- In its quest for international recognition as the legitimate representative of Myanmar, the country's anti-coup shadow government is making a calculated gamble amid a grim political landscape since the February military coup.

The National Unity Government (NUG), a government in exile made up of politicians who won seats in parliament during the November election, generated a sliver of hope of a possible path back to power this month with its groundbreaking position toward the Rohingya, a Muslim minority that has endured decades of Myanmar's state-sanctioned policies of brutality, including ethnic cleansing.