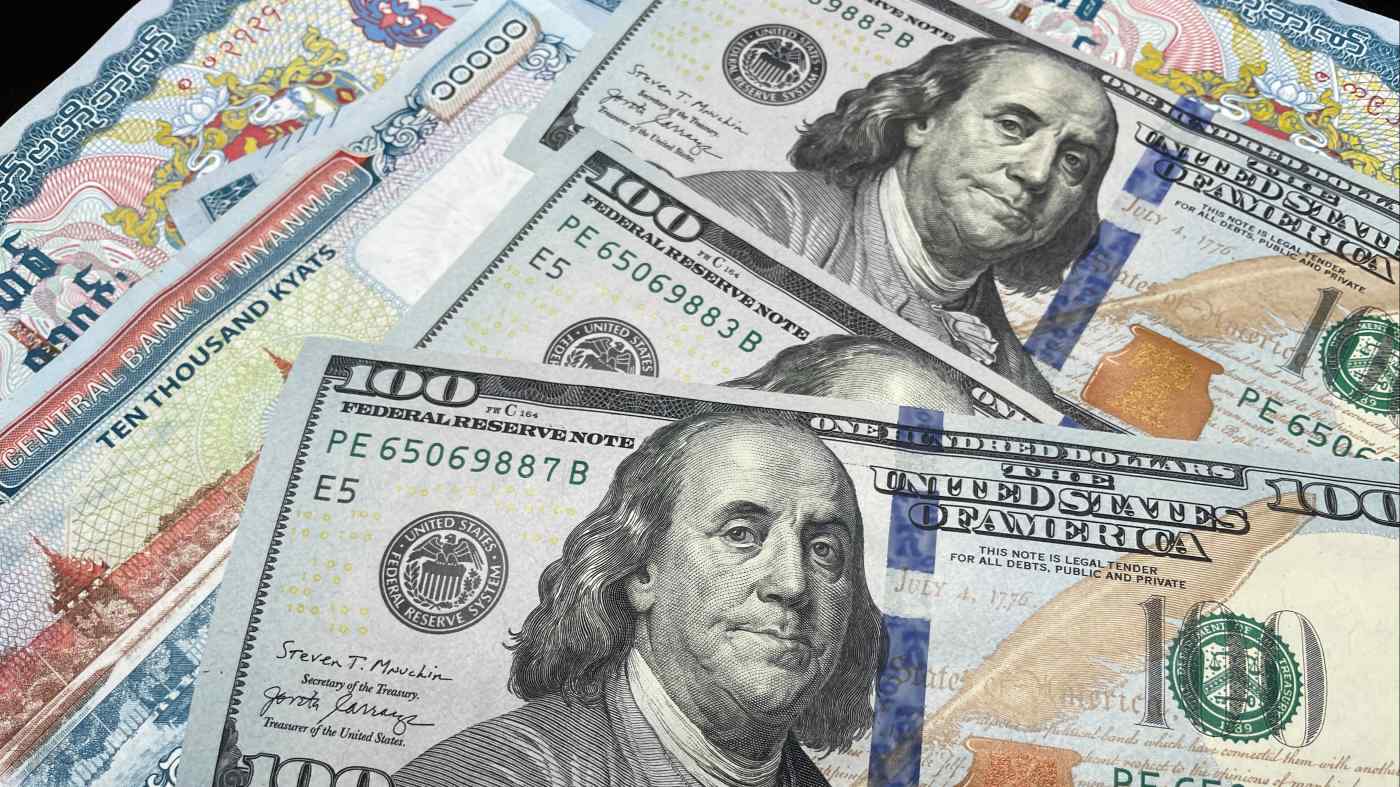 The depreciation of the kyat against the dollar is believed to have been triggered by the central bank's forced currency conversion rule.
Nikkei staff writersSeptember 2, 2022 00:29 JST | Myanmar
CopyCopied

BANGKOK -- Myanmar's central bank has decided to inject over $200 million worth of foreign currency into the forex market to control inflation that it says is caused by soaring fuel prices.

The central bank has frequently sold dollars to defend its currency, but this marks the first intervention of over $100 million since the military took control of the government last year. Such operations are capped at around $50 million.