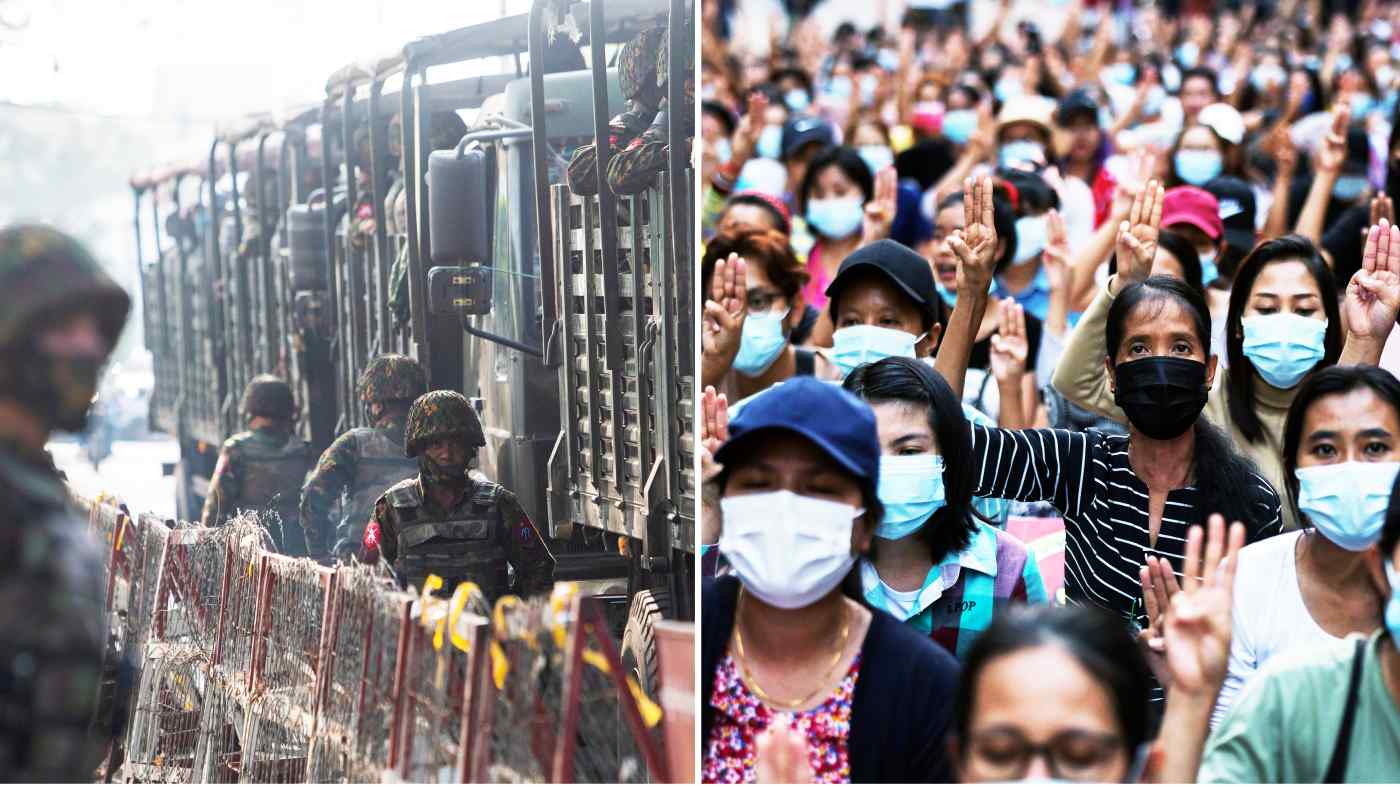 Myanmar's military government says it is looking to hold an election within two years, but many citizens, who faced violent crackdowns on protests against the takeover, may boycott a vote. (File photos by Reuters)
Nikkei staff writersAugust 1, 2021 12:33 JST | Myanmar
CopyCopied

BANGKOK/YANGON -- Sunday marks six months since the armed forces seized power in Myanmar, and the military has yet to quell public anger as the country backslides on democracy and struggles to cope with a coronavirus wave.

The military regime led by Senior Gen. Min Aung Hlaing has said it aims to hold a general election within two years. Though street protests against the Feb. 1 takeover have decreased since the regime employed a violent crackdown on pro-democracy demonstrators, there is little sign that opponents of military rule have given up the fight.