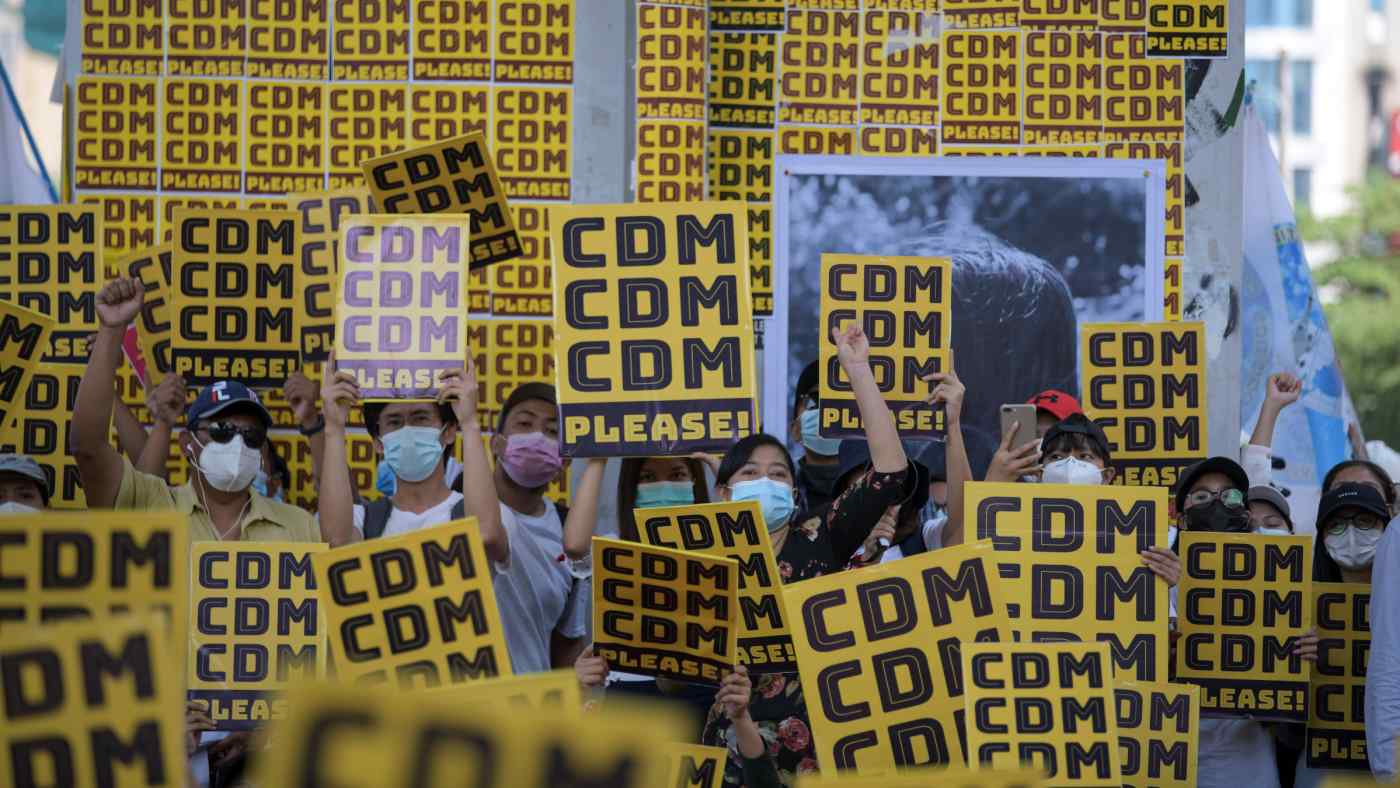 Protesters in Yangon hold up yellow placards for the Civil Disobedience Movement on Feb. 24, in part to draw Western media attention that might inhibit a crackdown by Myanmar's military.   © Reuters
Nikkei staff writersFebruary 25, 2021 10:36 JST | Myanmar
CopyCopied

BANGKOK -- As Myanmar's junta leaders and the growing ranks of pro-democracy protesters appear deadlocked over the Southeast Asian country's future, both sides realize the importance of the foreign audience.

The military refuses to release the deposed Aung San Suu Kyi from custody despite mounting civil demonstrations against the Feb. 1 coup, yet it has refrained from widespread brutal suppression of the dissidents out of fear of incurring additional international sanctions.