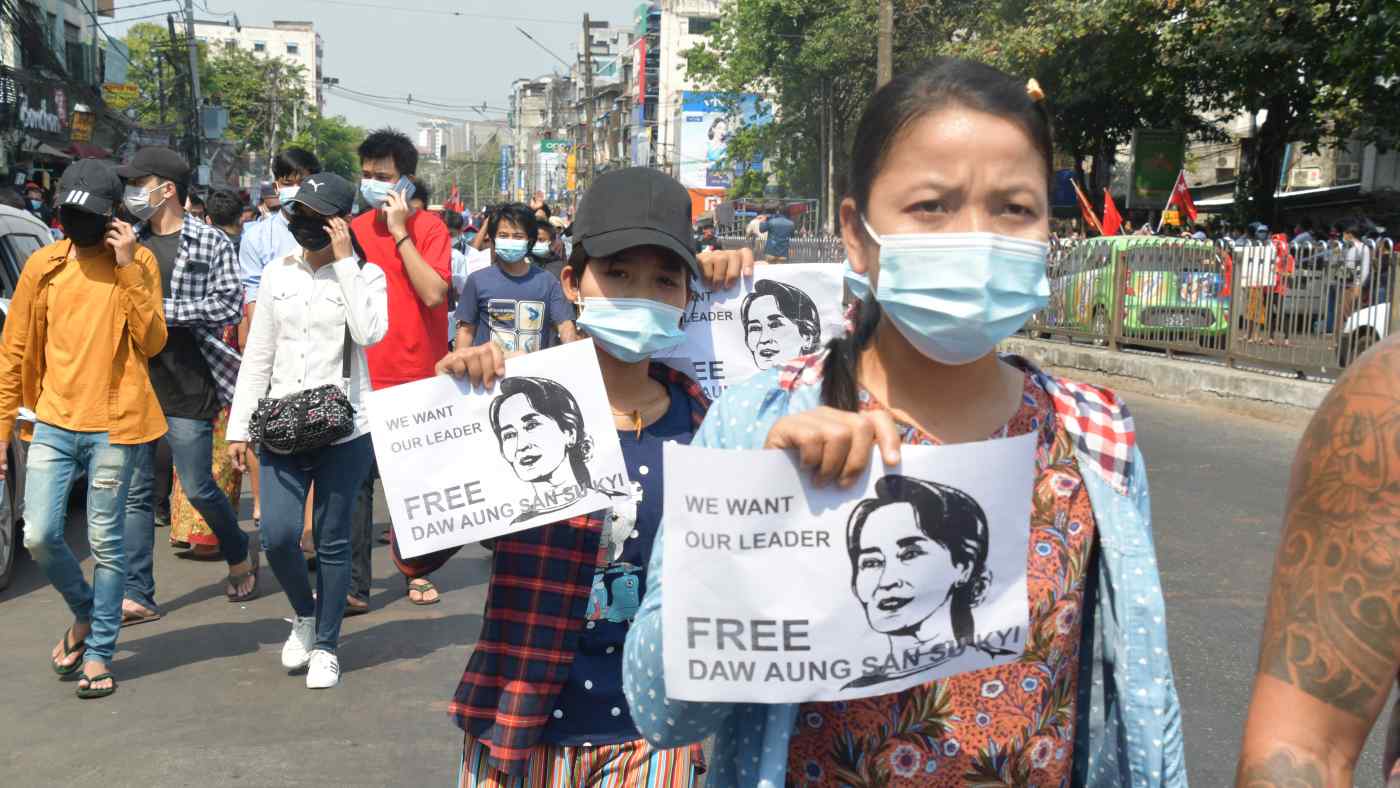 Protesters have turned out in strength over the weekend in Yangon, Myanmar's former capital. There have also been anti-junta gatherings in Naypyitaw, the capital, Mandalay, the second largest city, and Mawlamine, a port in the country's southwest. (Photo by Yuichi Nitta)
YUICHI NITTA and YOHEI MURAMATSU, Nikkei staff writersFebruary 7, 2021 13:43 JSTUpdated on February 7, 2021 18:01 JST | Myanmar
CopyCopied

YANGON/BANGKOK -- Tens of thousands of defiant protesters marched in the streets of Yangon for a second day almost a week after the military arrested the country's elected leader, Aung San Suu Kyi.

Reuters news agency reported that tens of thousands of marchers were calling for the release of Suu Kyi in the largest demonstration seen in the former capital since 2007. At that time, Buddhist monks were at the forefront of a pro-democracy uprising triggered by sudden hikes in fuel prices.