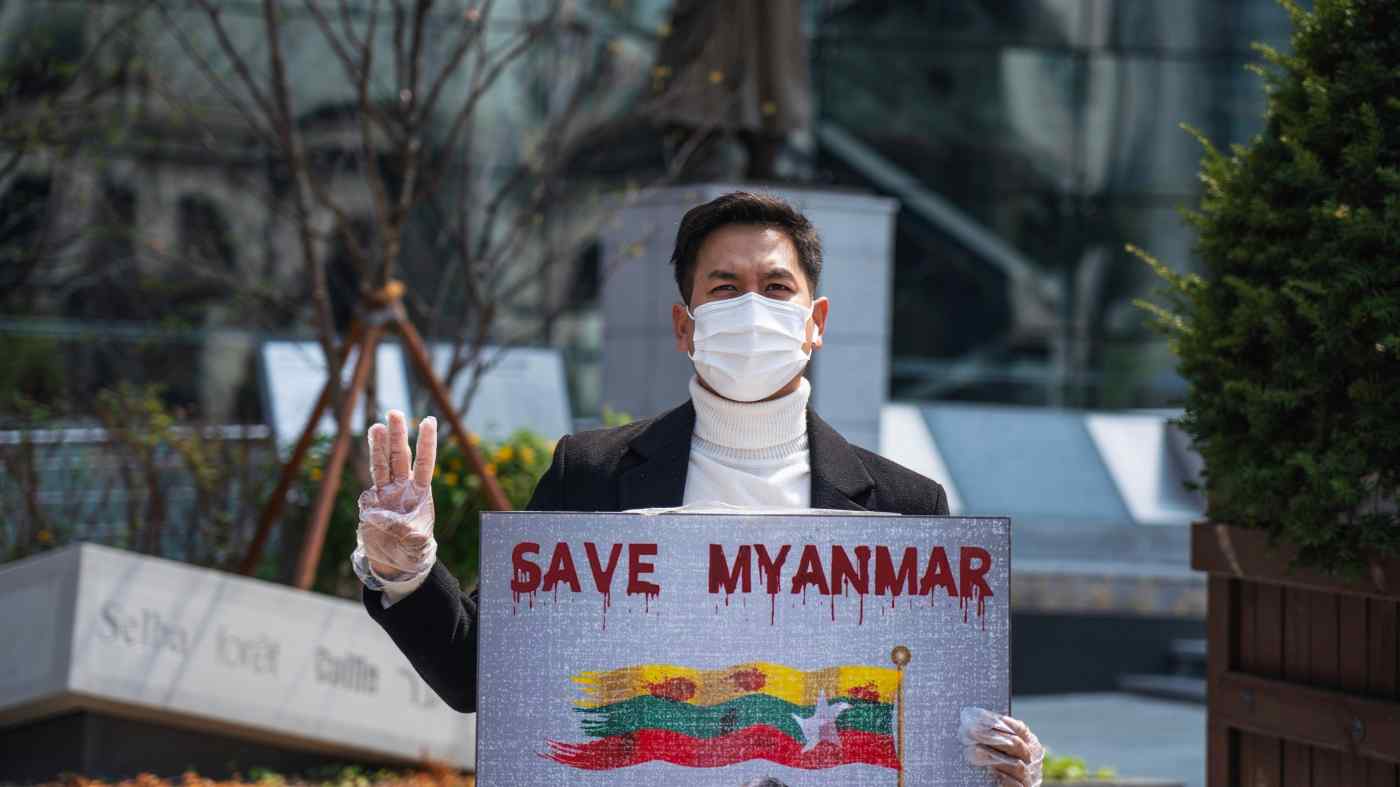 A protester objecting to the Myanmar military's takeover of the country in Seoul on April 10.   © AP
Nikkei staff writersSeptember 18, 2021 02:28 JST | Myanmar
CopyCopied

BANGKOK -- Myanmar's pro-democracy camp opposing the military regime that took over the country has established a representative office in South Korea.

This is the National Unity Government's first representative office in Asia, having already set up in the U.S., the U.K., France, Czech Republic and Australia.

The pro-democracy camp launched its first-ever representative office in the U.S. in February, according to NUG members. This was followed by the opening of the Czech office in May.

"The representatives have been officially appointed, and their credentials have been provided to diplomatic officials in those countries," said an NUG official.

The NUG was formed in April by lawmakers of the National League for Democracy, led by Aung San Suu Kyi, and others. Its activities have mostly been carried out online.

The NUG has been trying to win recognition from the international community as the legitimate government of Myanmar while the military, which assumed power on Feb. 1, tightens its control of the country.

Establishing a representative office alone does not mean that a host nation has officially recognized the NUG, but it could facilitate dialogue. In early August, the U.S. Department of State officially announced for the first time that Deputy Secretary of State Wendy Sherman spoke with NUG foreign minister Zin Mar Aung online.

Many South Koreans have taken a strong interest in the suppression of democracy in Myanmar partly because it carries echoes of the Gwangju Uprising of 1980 -- protests against martial law imposed by the South Korean military that took control through a coup and brutal crackdown.

Still Seoul declined to say much about the opening of the NUG's representative office on the outskirts of Seoul, noting only that it is aware the NUG appointed a representative for South Korea.

The military regime designated the NUG as a terrorist organization in May.