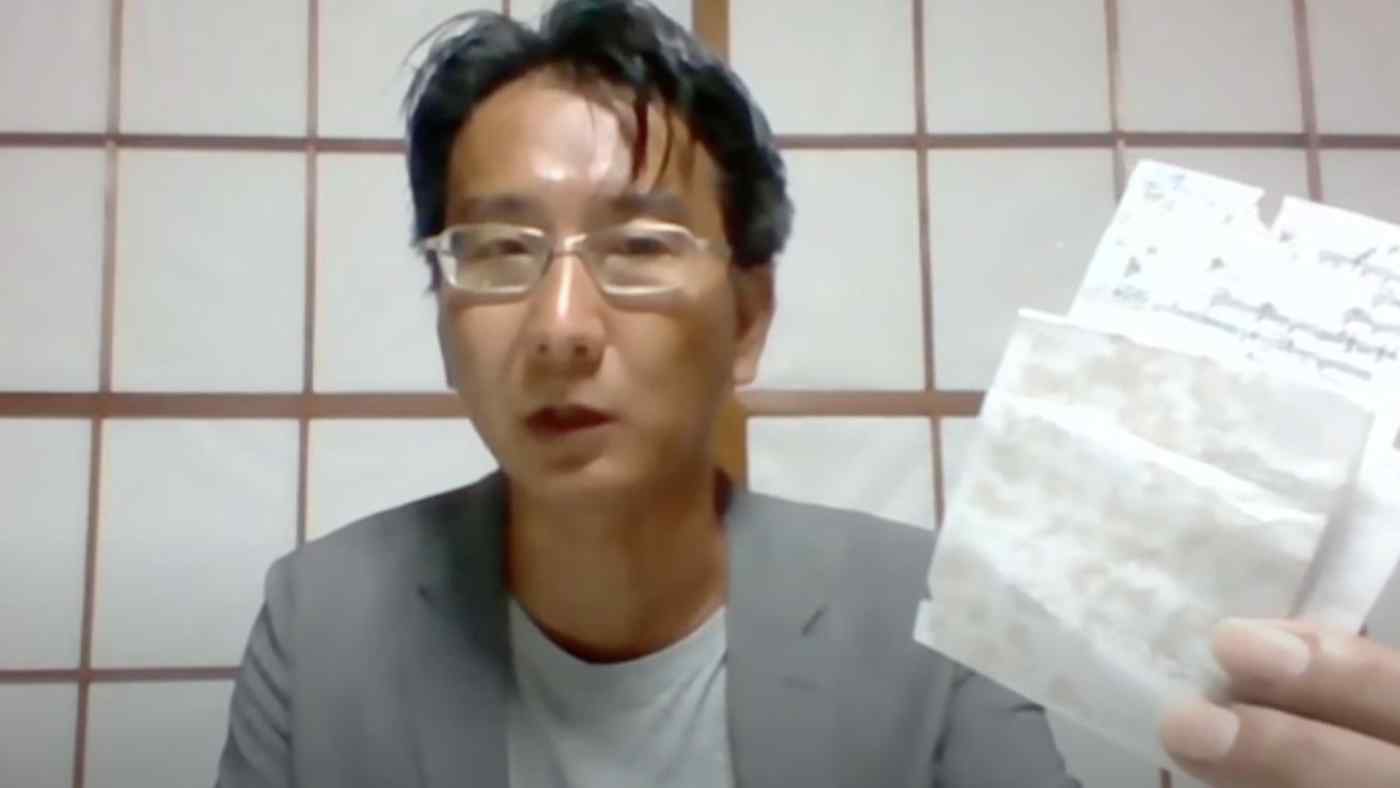 Yuki Kitazumi shows the notes he took while in a Yangon prison during an online press conference on May 21. (Screenshot from FCCJ YouTube channel)
MASAYUKI YUDA, Nikkei staff writerMay 21, 2021 15:56 JST | Myanmar
CopyCopied

"I have heard from many inmates that they would be first blindfolded, have their hands handcuffed behind their back, and be forced to kneel on concrete floors," Yuki Kitazumi told reporters in an online news conference hosted by the Foreign Correspondents' Club of Japan on Friday. "If they would deny any of the accusations being made against them, they would be struck with a stick. The military continued this for two or three days straight."