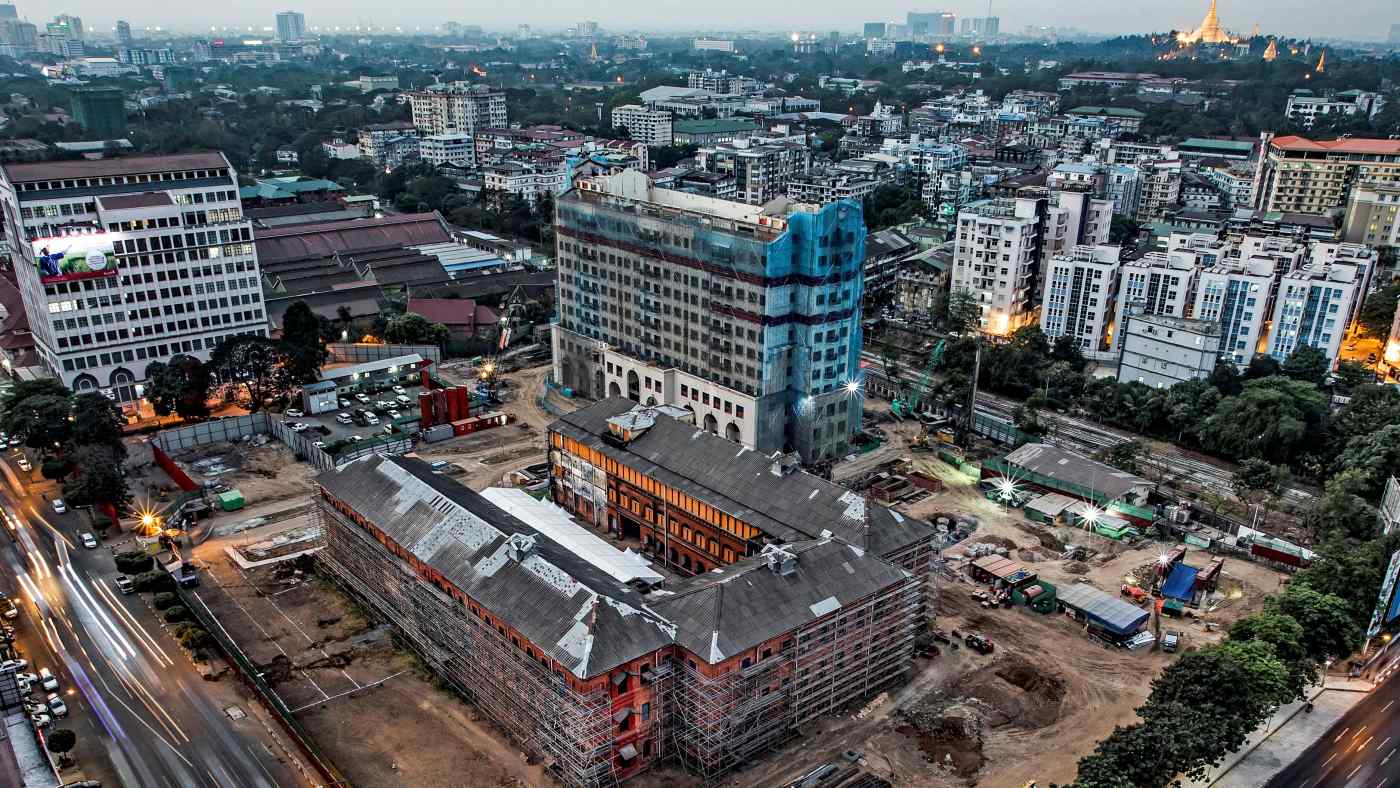 HONG KONG -- Hongkong and Shanghai Hotels, operator of the upscale Peninsula hotel chain, has written off nearly $90 million of its $130 million investment in a showcase project in Yangon that it put on hold last year after Myanmar's military toppled the country's democratically elected government.

Group Chief Executive Clement Kwok told Nikkei Asia on Wednesday that work on the 88-room Yangon hotel, part of a redevelopment of the former colonial-style Myanmar Railway headquarters in the center of country's old capital, is 70% complete and noted the "considerable amount of effort, resources, design and planning" committed to the development already.