BANGKOK/SEOUL -- Multinationals in Myanmar face growing calls from shareholders to sever business ties with the junta, with South Korean steelmaker Posco's decision to terminate a joint venture there underscoring the mounting operational risks.

When Myanmar's military, known as the Tatmadaw, deposed the civilian government Feb. 1, Posco initially gave no hint of dissolving the partnership. But the junta's deadly repression of protests has drawn global condemnation. Dutch pension fund APG expressed concerns that its holdings in Posco would run counter to responsible investment, according to a Financial Times report.

Japanese brewer Kirin Holdings said immediately after the coup that it would discontinue joint ventures with MEHL. Kirin is negotiating to buy out the partner's shares, but no progress has been reported.

Even if Posco or Kirin take over their joint ventures, the proceeds from the stock sales would go to MEHL and, by extension, the Tatmadaw. That outcome could draw fire from critics.

Kirin's joint ventures command a nearly 80% share in Myanmar's beer market, but the relationship with MEHL inspired boycotts among citizens. Many supermarkets and restaurants stopped carrying the beer brands. 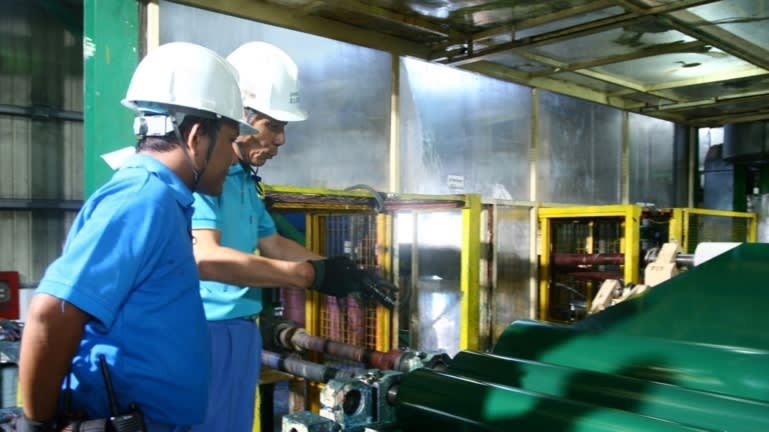 Following the transition to a civilian government in 2011, Myanmar has been called Asia's last economic frontier. Multinationals raced to invest, including roughly 400 Japanese firms that set up operations in the Southeast Asian country.

But foreign capital remains subject to restrictions. Multinationals must form tie-ups with local partners, and usually the partner is tied to the Tatmadaw.

In Yangon, Myanmar's largest metropolis, Japanese contractors Tokyo Tatemono and Fujita have teamed on a redevelopment project dubbed Y Complex. About 37 billion yen ($340 million) will be spent to build a hotel, office building and commercial facilities on a 16,000-sq.-meter site that was previously home to a military museum overseen by Myanmar's Defense Ministry.

The project has come under scrutiny, with the nongovernmental group Justice for Myanmar highlighting that the consortium pays more than $2.1 million a year to the ministry to lease the plot. The Y Complex redevelopment project in central Yangon is being undertaken by a joint venture including Japanese real estate company Tokyo Tatemono and builder Fujita.

In February, five groups including Justice for Myanmar urged the United Nations human rights office to investigate whether funds from Y Complex are financing the Tatmadaw. The groups also want the project suspended until the military comes under control of a civilian government.

"We pay the lease fee to our local partner company," Tokyo Tatemono told Nikkei. "Because the land is owned by the Defense Ministry, which is part of the government, our understanding is that the payments ultimately benefit the Myanmar government." Fujita made a similar comment.

Yet Myanmar's constitution lets the military leadership appoint officials in the Defense Ministry, and the ministry is essentially controlled by the military.

Despite Tokyo Tatemono's efforts to find tenants for the development, many foreign companies are expected to shy away based on its perceived connection to the junta. Japan's Hotel Okura, which had planned to open a branch, stopped hiring workers there in March.

The Tatmadaw also has ties to projects funded by Japanese development loans. MEC is a local subcontractor in the construction of a bridge across the Bago River -- a contract awarded to Japan's Yokogawa Bridge and Sumitomo Mitsui Construction for 28 billion yen in March 2019. 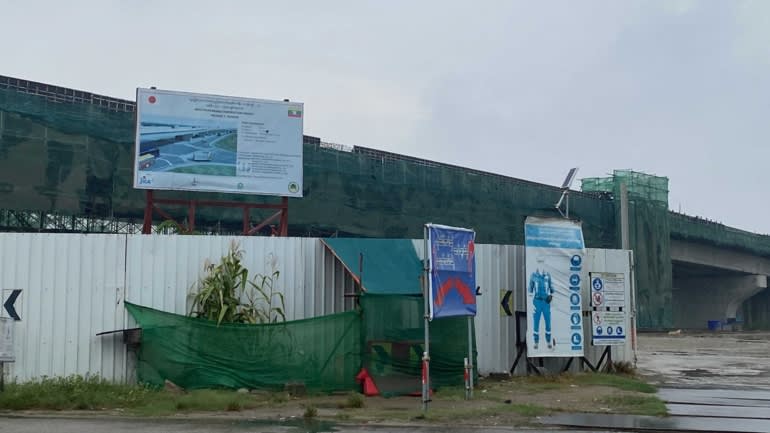 The bridge would serve traffic between Yangon and the Thilawa special economic zone, which is being developed in cooperation with Japan's public and private sectors. Yokogawa Bridge told Nikkei that it had contracted some work to MEC, and that it will "consider future steps following a discussion with the Japan International Cooperation Agency and other companies."

But Sumitomo Mitsui Construction said MEC was not among the project's subcontractors.

The February coup and subsequent suppression of protests in Myanmar shocked many companies operating there, given the country's progress toward democratic rule in recent years.

But military crackdowns in the country have sparked scrutiny of foreign businesses there before. When the military attacked the Rohingya minority in 2017, sparking a massive refugee crisis, human rights groups criticized Tokyo Tatemono, Fujita and Kirin for their operations in Myanmar.

JICA said the subcontract in the Bago bridge project was signed in November 2019, after a United Nations report urged companies to end relationships with Myanmar's military-affiliated businesses.