Company admits being 'slow to prevent misinformation' but denies liability 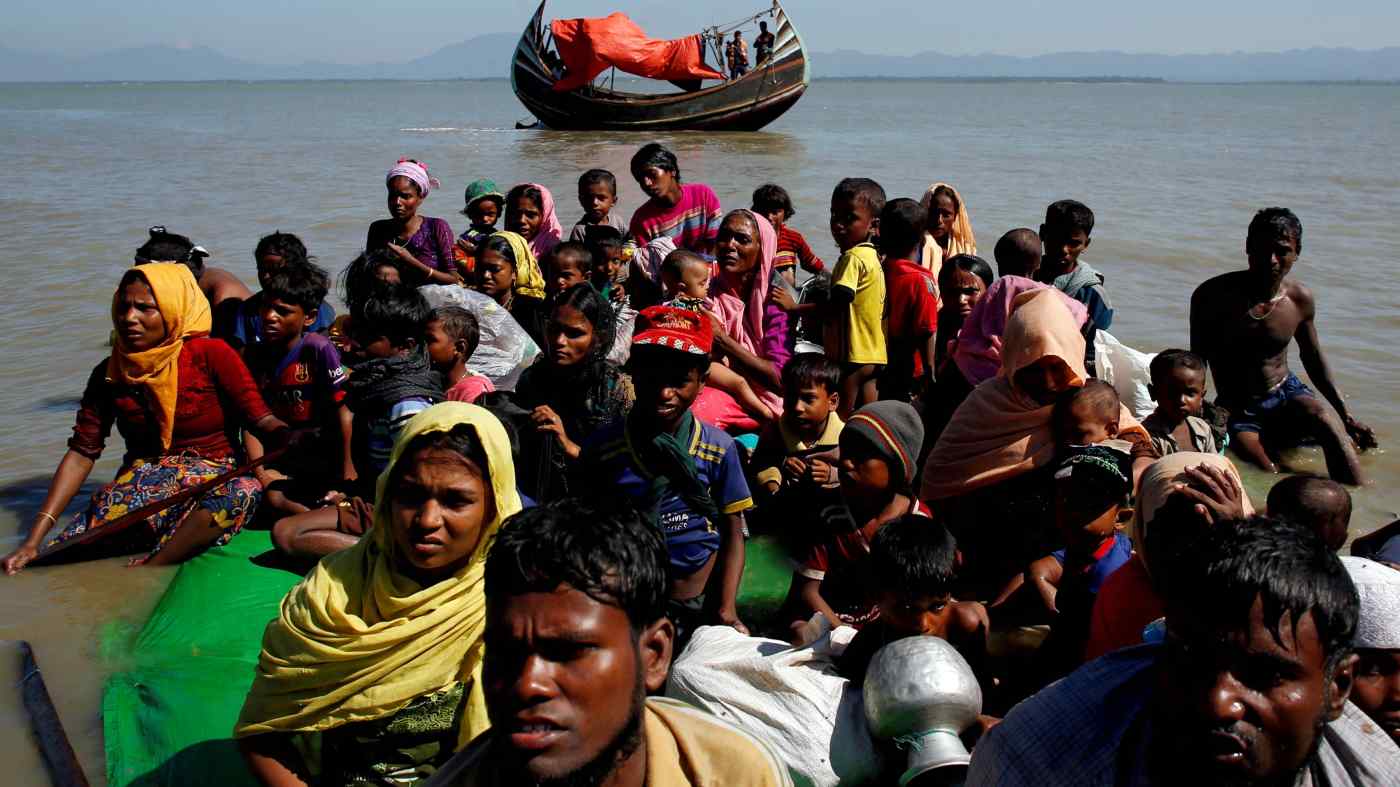 Rohingya refugees wait on a boat as they are interrogated by authorities after crossing the Bangladesh-Myanmar border near Cox's Bazar, Bangladesh in November 2017.   © Reuters
December 7, 2021 15:40 JSTUpdated on December 7, 2021 18:19 JST | Myanmar
CopyCopied

Rohingya refugees from Myanmar are suing Meta Platforms Inc, formerly known as Facebook, for $150 billion over allegations that the social media company did not take action against anti-Rohingya hate speech that contributed to violence.

A U.S. class-action complaint, filed in California on Monday by law firms Edelson PC and Fields PLLC, argues that the company's failures to police content and its platform's design contributed to real-world violence faced by the Rohingya community.

In a coordinated action, British lawyers also submitted a letter of notice to Facebook's London office.

Facebook did not immediately respond to a Reuters request for comment about the lawsuit. The company has said it was "too slow to prevent misinformation and hate" in Myanmar and has said it has since taken steps to crack down on platform abuses in the region, including banning the military from Facebook and Instagram after the Feb. 1 coup.

Facebook has said it is protected from liability over content posted by users by a U.S. internet law known as Section 230, which holds that online platforms are not liable for content posted by third parties. The complaint says it seeks to apply Myanmar law to the claims if Section 230 is raised as a defense.

Although U.S. courts can apply foreign law to cases where the alleged harms and activity by companies took place in other countries, two legal experts interviewed by Reuters said they did not know of a successful precedent for foreign law being invoked in lawsuits against social media companies where Section 230 protections could apply.

Anupam Chander, a professor at Georgetown University Law Center, said that invoking Myanmar law wasn't "inappropriate." But he predicted that "it's unlikely to be successful," saying that "it would be odd for Congress to have foreclosed actions under U.S. law but permitted them to proceed under foreign law."

Myanmar authorities say they were battling an insurgency and deny carrying out systematic atrocities.

A Myanmar junta spokesman did not answer phone calls from Reuters seeking comment on the legal action against Facebook.

In 2018, U.N. human rights investigators said the use of Facebook had played a key role in spreading hate speech that fueled the violence. A Reuters investigation https://www.reuters.com/investigates/special-report/myanmar-facebook-hate that year, cited in the U.S. complaint, found more than 1,000 examples of posts, comments and images attacking the Rohingya and other Muslims on Facebook.

The International Criminal Court has opened a case into the accusations of crimes in the region. In September, a U.S. federal judge ordered Facebook to release records of accounts connected to anti-Rohingya violence in Myanmar that the social media giant had shut down.

The new class-action lawsuit references claims by Facebook whistleblower Frances Haugen, who leaked a cache https://www.reuters.com/technology/facebook-whistleblower-says-transparency-needed-fix-social-media-ills-2021-12-03 of internal documents this year, that the company does not police abusive content in countries where such speech is likely to cause the most harm.

The complaint also cites recent media reports, including a Reuters report https://www.reuters.com/world/asia-pacific/information-combat-inside-fight-myanmars-soul-2021-11-01 last month, that Myanmar's military was using fake social media accounts to engage in what is widely referred to in the military as "information combat."

Mohammed Taher, a refugee living in the sprawling Bangladesh camps that are home to more than a million Rohingya, said Facebook had been widely used to spread anti-Rohingya propaganda. "We welcome the move," he said by phone.