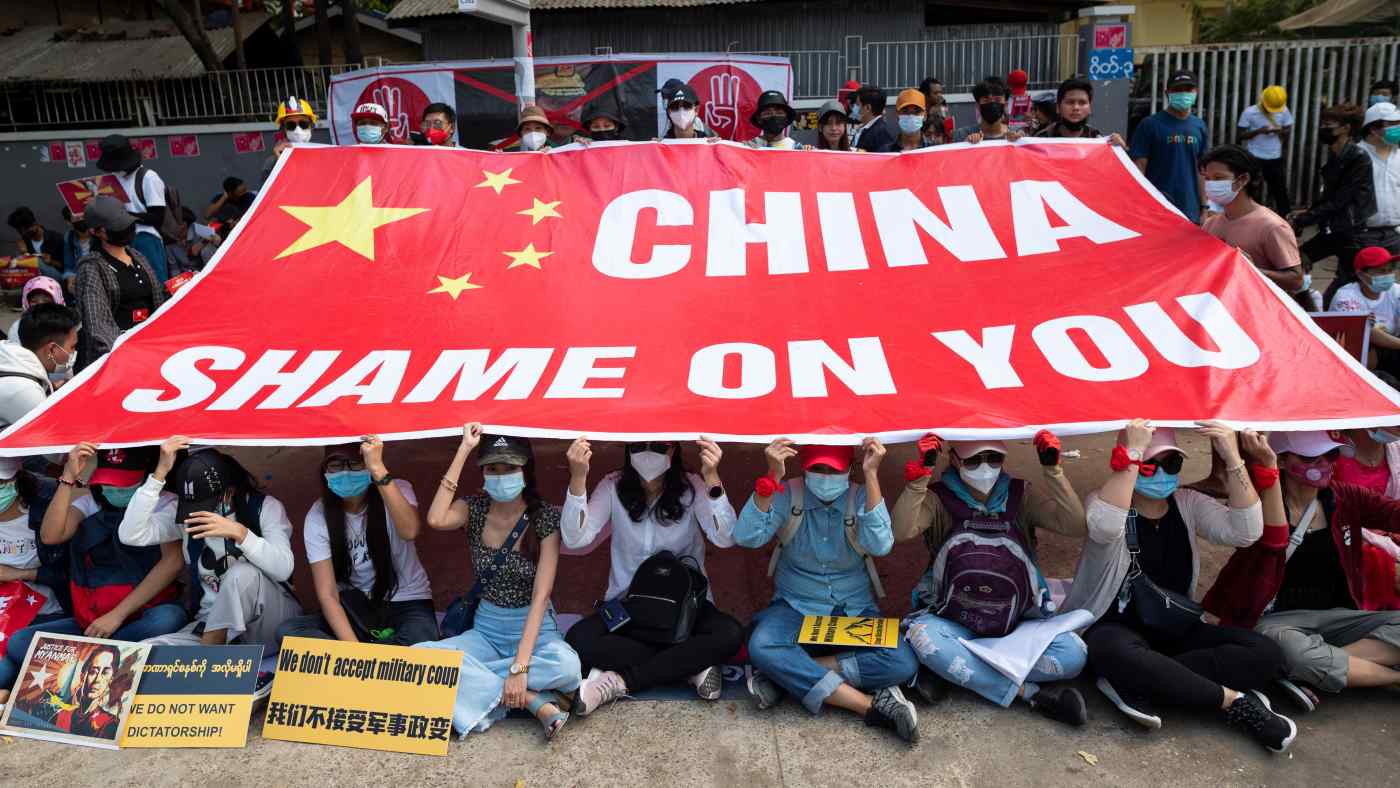 YANGON/BANGKOK -- While many multinational companies have begun to publicly express their opposition to the military coup and subsequent violence in Myanmar, Chinese companies -- Myanmar's largest investors -- have stayed silent even as Beijing reportedly ordered its state enterprises to evacuate nonessential staff.

A Yangon-based rights group has called for companies to sign a joint statement of concern about the coup, but Chinese companies are conspicuously absent. This is in contrast to Japanese companies, which are the third-largest investors in the Southeast Asian country and have begun to show their views by signing the document and collectively urging the regime to halt the violence.