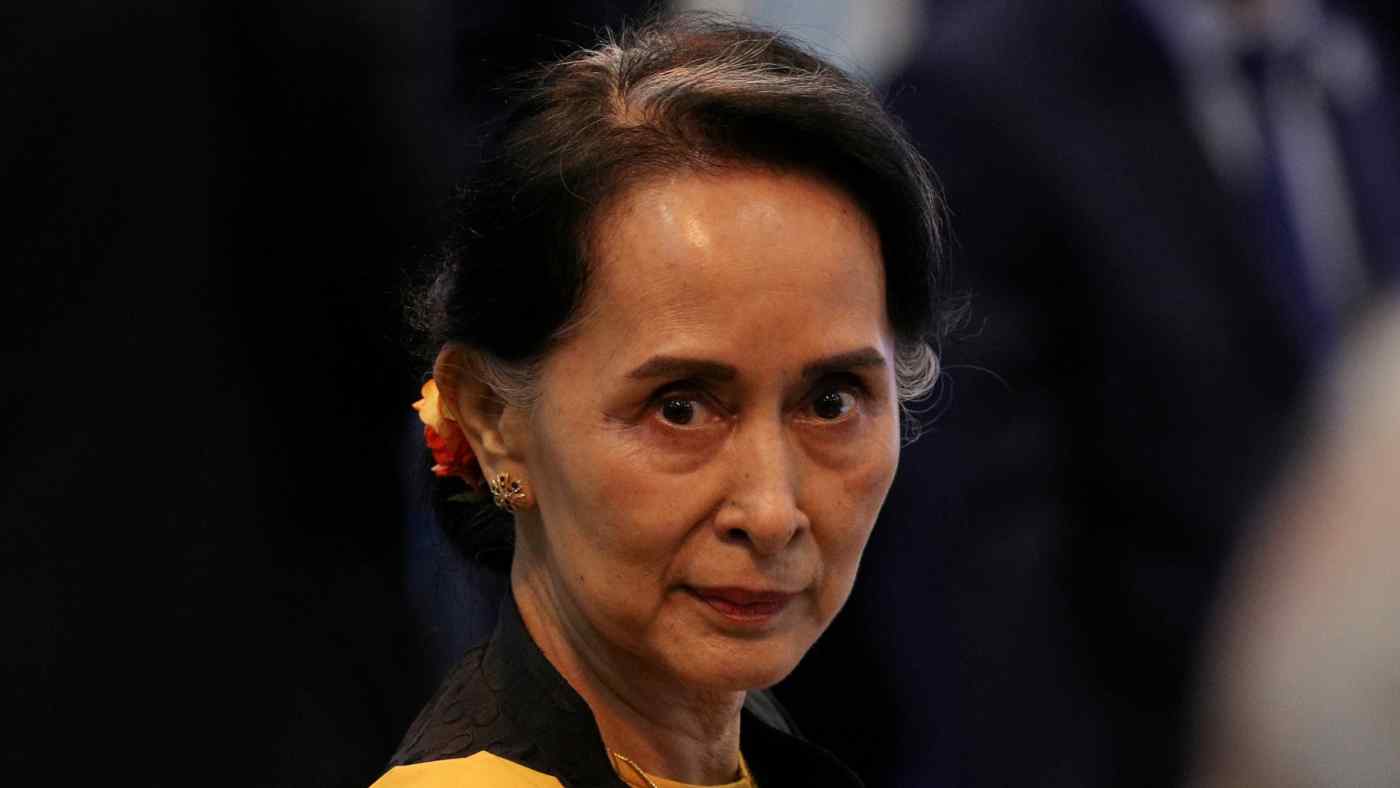 Aung San Suu Kyi at an ASEAN Summit in Manila, the Philippines, in November 2017. Suu Kyi's lawyers have yet to hold a private meeting with their client.   © Reuters
Nikkei staff writersMay 6, 2021 17:16 JST | Myanmar
CopyCopied

YANGON/BANGKOK -- Weeks have gone by since the trial of ousted leader Aung San Suu Kyi was supposed to have begun, but the process, as well as lawsuits filed by her legal team, remain in a state of limbo, members of the team told Nikkei Asia.

Suu Kyi, President Win Myint and other politicians were arrested on Feb. 1, the day lawmakers who had won elections in November were to be seated in parliament. Instead, the military -- apparently miffed that Suu Kyi's National League for Democracy won a wide majority of the seats up for grabs -- staged a coup.