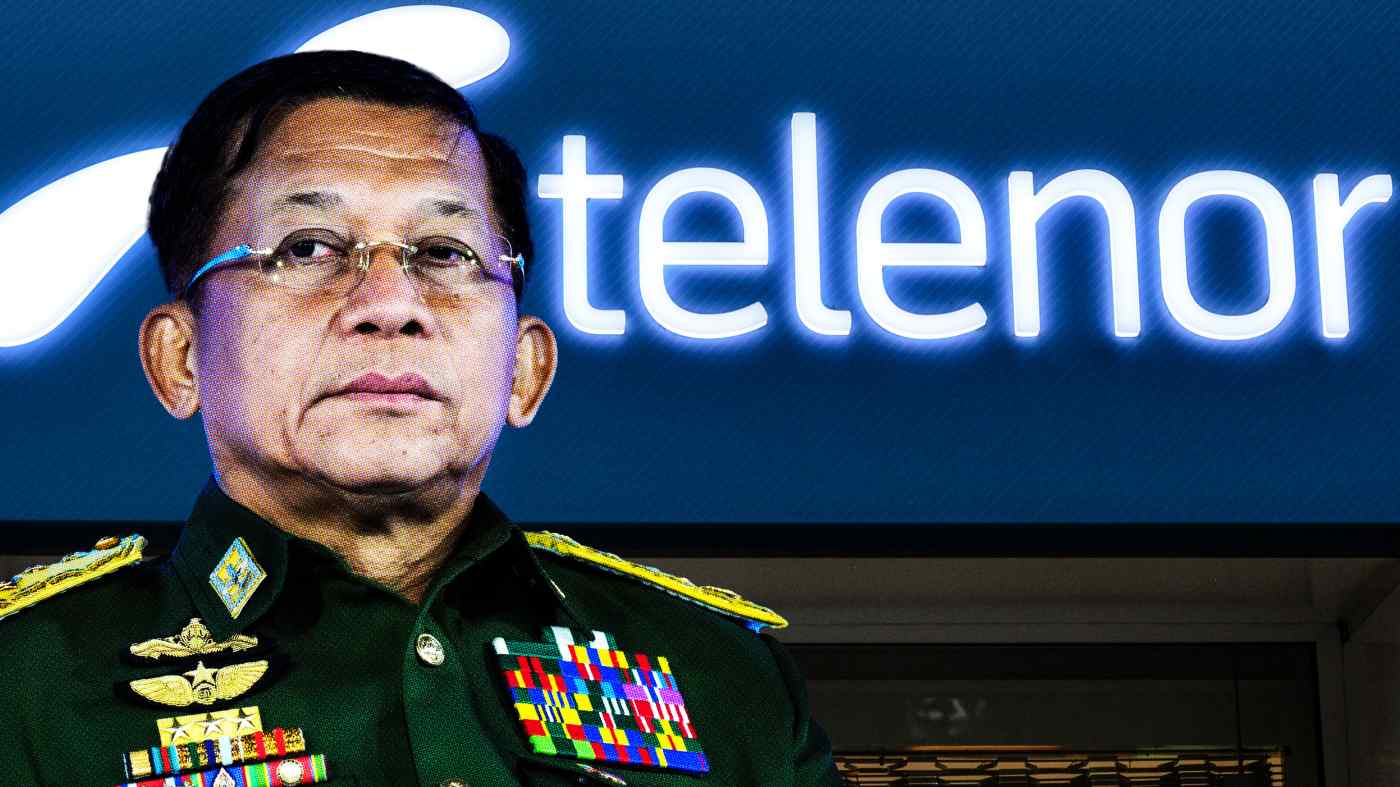 YANGON/BANGKOK -- Norwegian telecom giant Telenor Group remains stuck in Myanmar for now, despite its July announcement of the $105 million sale of its local business to Lebanese investment company M1 Group, as sources confirmed the military regime's reluctance to approve the deal.

Telenor also faces uncertainty over the future of its 51% stake in Myanmar mobile payments group Wave Money after the collapse of a deal to sell a portion of its Wave holding to China's Ant Group, an affiliate of China's Alibaba Group Holding. The deal, valued at $76.5 million, would have reduced Telenor's stake in Wave to 34.2%.