Thousands said to have already fled across border, as PM reluctantly relents 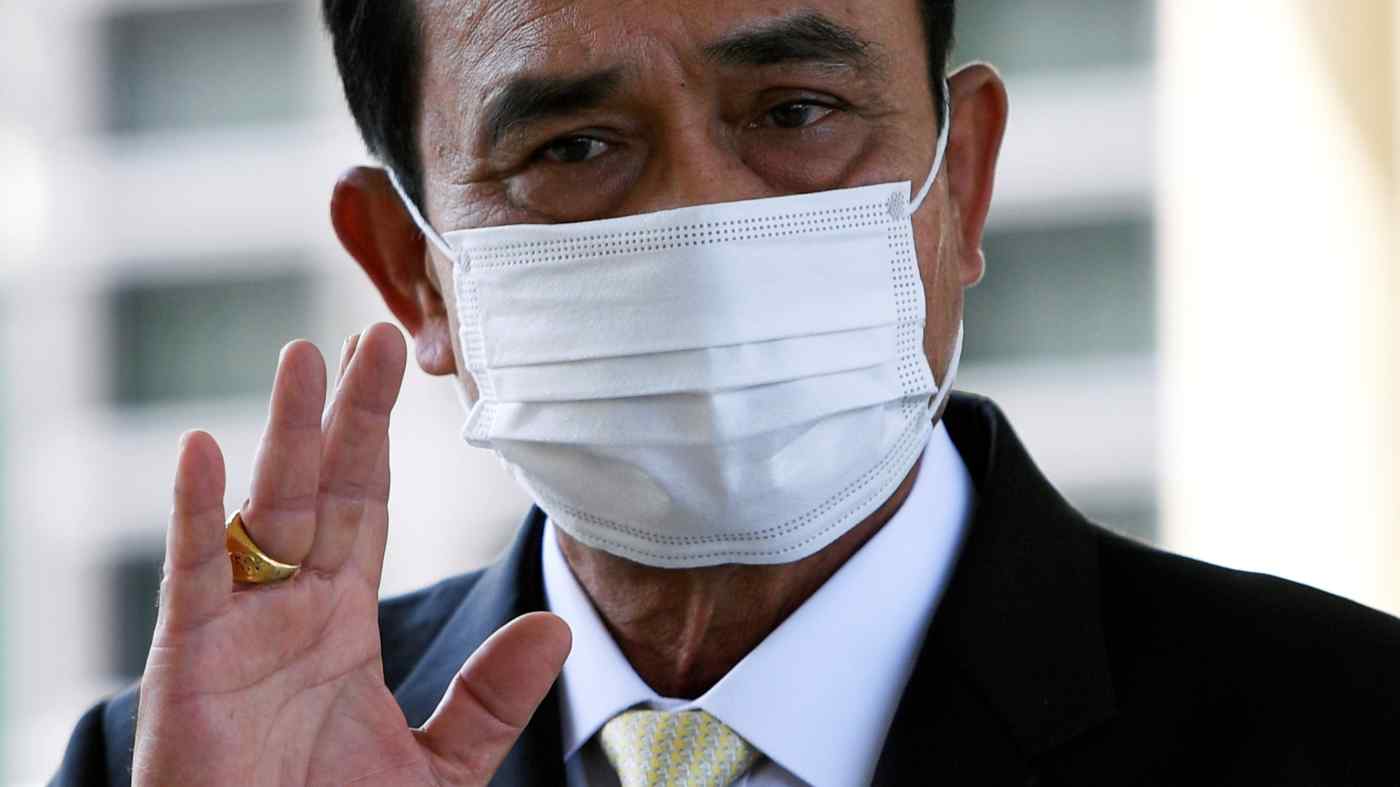 BANGKOK -- Thai Prime Minister Prayuth Chan-ocha said Monday the kingdom is ready to accommodate a flood of Myanmar refugees, albeit reluctantly, as the government expects thousands more to cross the border.

"We don't want to have an exodus into our territory, but we have to take care of human rights, too," Prayuth told reporters on Monday. "We have prepared an area for the influx. Organizing shelter or refugee centers -- we have not talked about that yet," the prime minister added.

Many have fled Myanmar as the military steps up its clampdown of pro-democracy protesters. "At the moment, villagers are hiding in the jungle as more than 3,000 crossed to Thailand to take refuge," said ethnic rights group Karen Women's Organization. Kayin state, previously Karen state, shares the border with the provinces of Kanchanaburi, Tak, and Mae Hong Son in northwestern Thailand.

An airstrike was launched on Sunday against Karen National Union, one of Myanmar's largest independent armed groups. The bombing was seen as a retaliation by the Tatmadaw, the army, against the armed group's overrun of a military base in Kayin state. The first-ever air assault since the coup on Feb. 1 frightened villagers, who were already concerned about military violence.

At least 114 civilians were killed on Saturday by the military, according to local media. Tom Andrews, a United Nations Special Rapporteur for human rights, described the killing as mass murder. "Words of condemnation or concern are frankly ringing hollow to the people of Myanmar," said Andrews, urging countries around the world to add pressure on the Tatmadaw.

According to nonprofit human rights organization Assistance Association for Political Prisoners, 459 people have been killed by March 28 since the coup.

On the bloodiest Saturday, the military was also celebrating Armed Forces Day, an annual event. While defense chiefs from 12 different countries including the U.S., the U.K., and Japan issued a statement to condemn violence against the Myanmar citizens, Thailand's representative attended the celebration along with those from China, India, Bangladesh, Laos, Vietnam, Pakistan, and Russia.

Their attendance at the ceremony sent a message that could be interpreted as endorsement of the regime and its violent methods of quelling dissent.

"Where does Thailand support the Myanmar military? I do not understand," Prayuth said defiantly on Monday. "There is probably no one to support the use of violence against the people," he said.

Since last year, Thailand has ramped up border patrols to block Burmese from coming over, claiming that it was a coronavirus lockdown measure. It is unclear if such patrols will now be relaxed, but many have interpreted Prayuth's sudden change of attitude as a move to fend off international criticism.