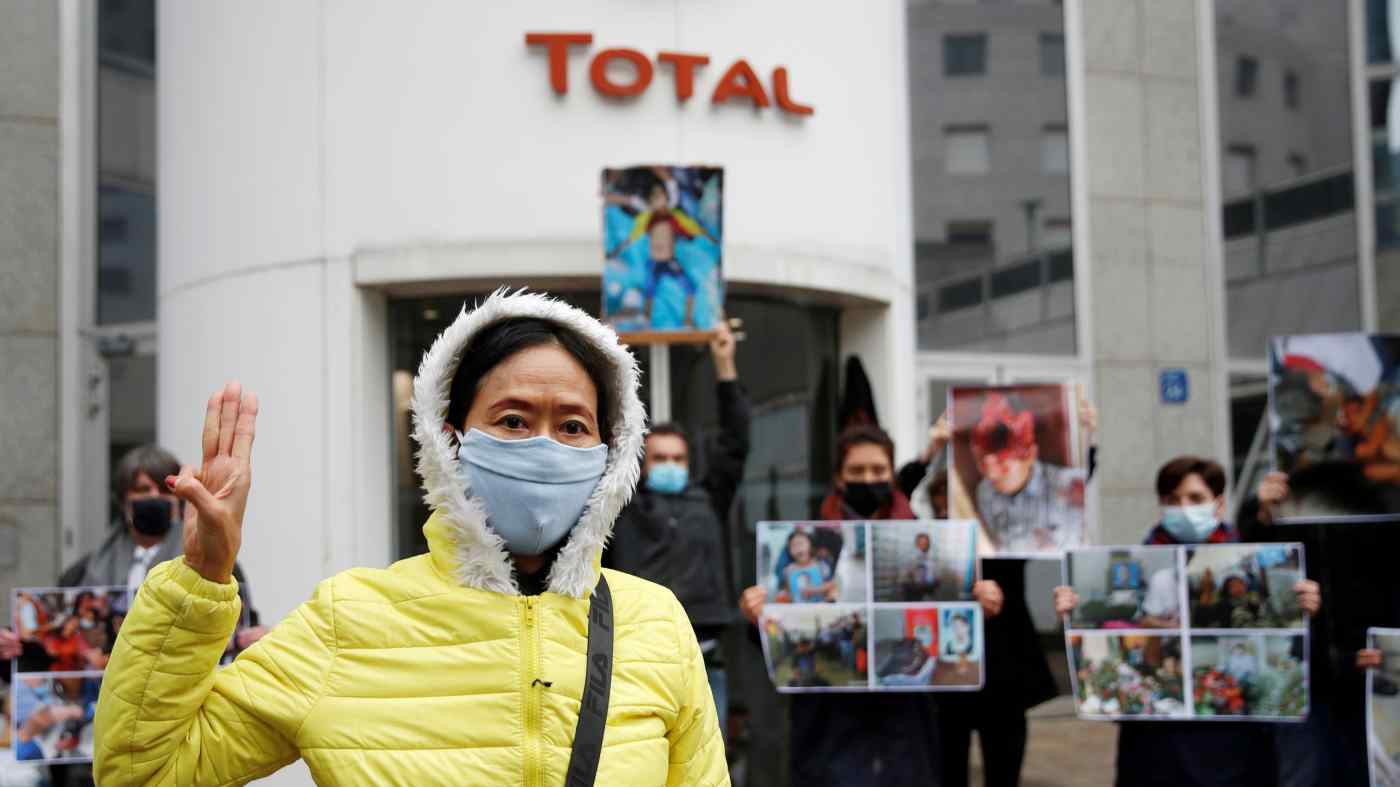 BANGKOK -- Oil and gas majors Total of France and Chevron of the U.S. announced on Tuesday that they will suspend some cash payments linked to Moattama Gas Transportation Company, a Myanmar gas pipeline joint venture between three foreign energy companies and state-owned energy producer Myanma Oil and Gas Enterprise.

The move suspends just a fraction of Myanmar's earnings from its lucrative gas fields, which amounted to more than $3.3 billion in 2020, according to U.N. data, and it does not affect the military regime's share of gas revenues, royalties from the country's gas field operations or taxes from the pipeline, which together constitute the vast majority of payments to the junta facilitated by the foreign energy companies.