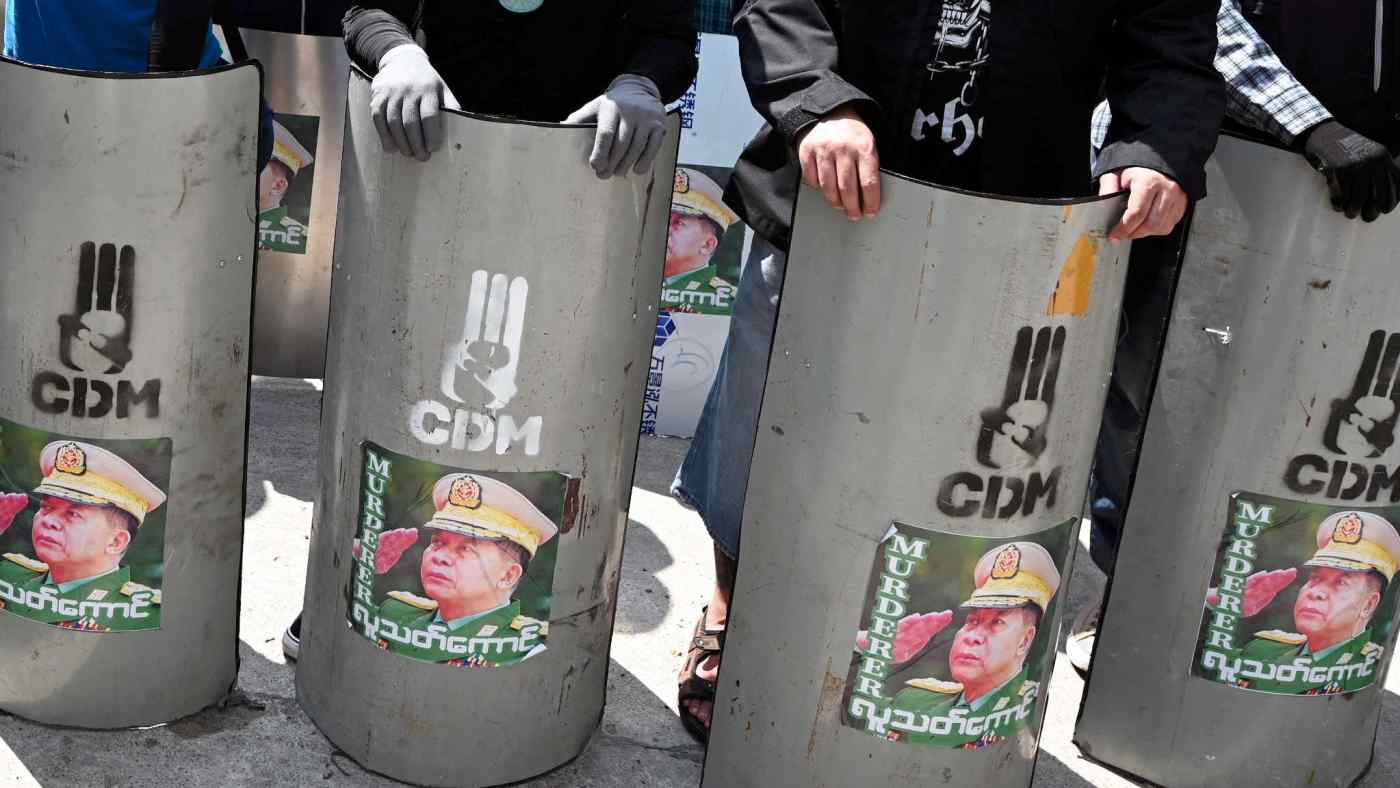 WASHINGTON (Reuters) -- The U.S. and Britain on Thursday jointly imposed sanctions on two conglomerates controlled by Myanmar's military following the generals' Feb. 1 coup and deadly crackdown, with Washington calling it a response to "abhorrent violence and abuses."

Representatives for the two entities had no immediate comment on Wednesday. Reuters had reported the sanctions had been expected.

Washington's move freezes any assets held by the entities in the U.S. and is the latest in a series of sanctions following the military takeover that have targeted Myanmar's central bank as well as top generals.

The designation also prohibits American companies or citizens from trading or conducting financial transactions with those listed.

Since almost all dollar payments clear through U.S. financial institutions, the move effectively kicks blacklisted companies out of the American banking system.

Thursday's actions were the most significant by far against the business interests of Myanmar's military, which controls vast swaths of Myanmar's economy with interests ranging from beer and cigarettes to telecommunications, tires, mining and real estate.

In a statement, U.S. Secretary of State Antony Blinken said the Myanmar military "have taken increasingly disturbing actions aimed at their own citizens since February 1."

"These actions will specifically target those who led the coup, the economic interests of the military, and the funding streams supporting the Burmese military's brutal repression," he said. "They are not directed at the people of Burma.

"By designating these entities, the United States and the UK have shown that we will follow through on our pledges to promote accountability for the coup and the abhorrent violence and other abuses we have seen in recent weeks," Blinken said.

Andrea Gacki, director of the Treasury Department's Office of Foreign Assets Control, said that by imposing the sanctions, the U.S. was "targeting the Burmese military's control of significant segments of the Burmese economy, which is a vital financial lifeline for the military junta."

The U.S. also issued several licenses that provide exemptions for official U.S. government transactions and those of international and nongovernmental organizations despite U.S. sanctions related to the country.

Another license also authorized transactions necessary to wind down business involving MEC and MEHL or any entity they own, until June 22.