US, Canada and European nations released a statement late Sunday 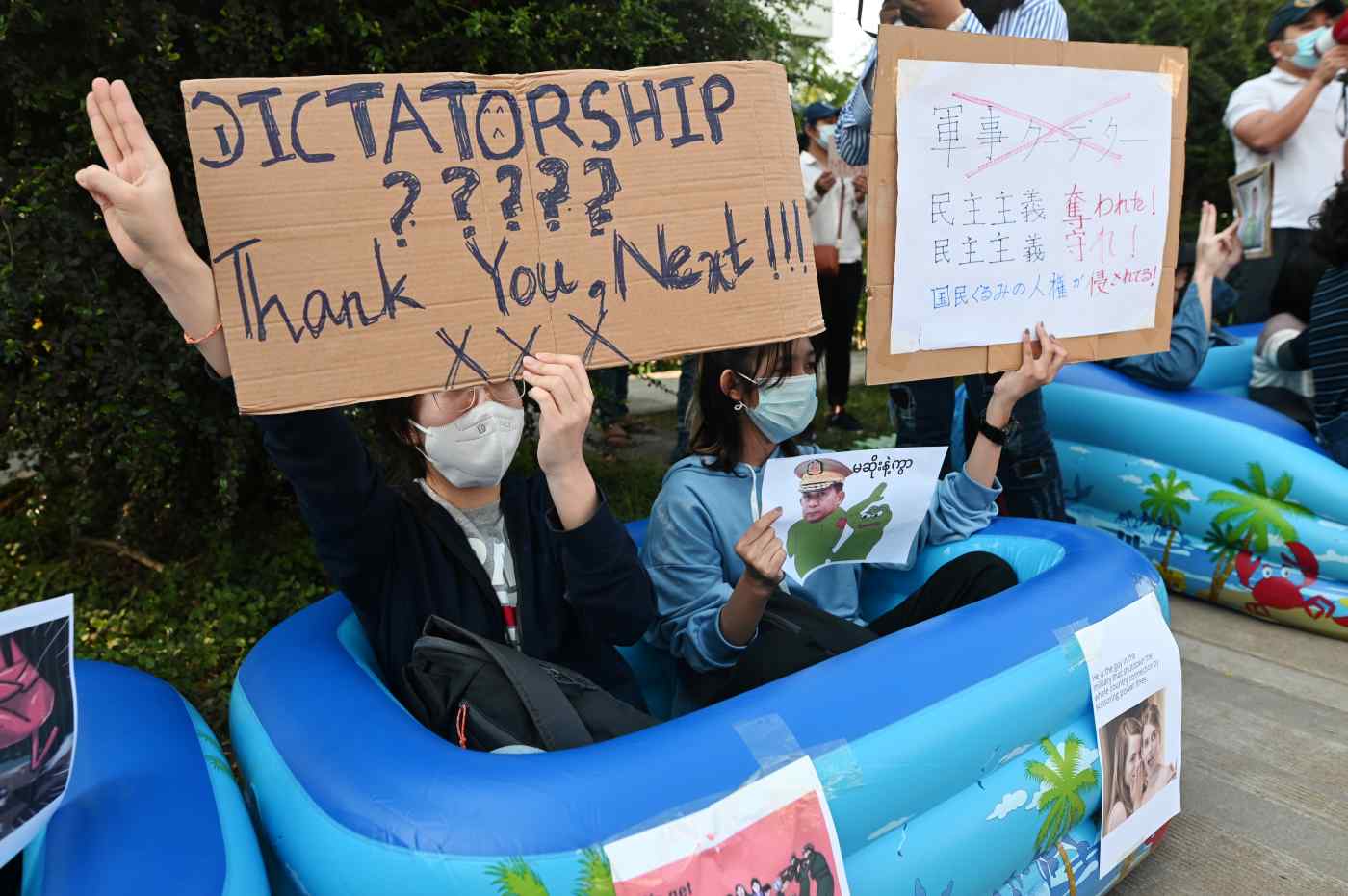 Western embassies in Myanmar on Sunday called on the country's military to “refrain from violence against demonstrators and civilians” after security forces opened fire to disperse a protest and deployed armoured vehicles in cities.

In a statement released late Sunday, the embassies of the European Union, the United Kingdom, Canada and 11 other nations condemned the arrests of political leaders and harassment of journalists after a coup on Feb. 1 and denounced the military’s interruption of communications.