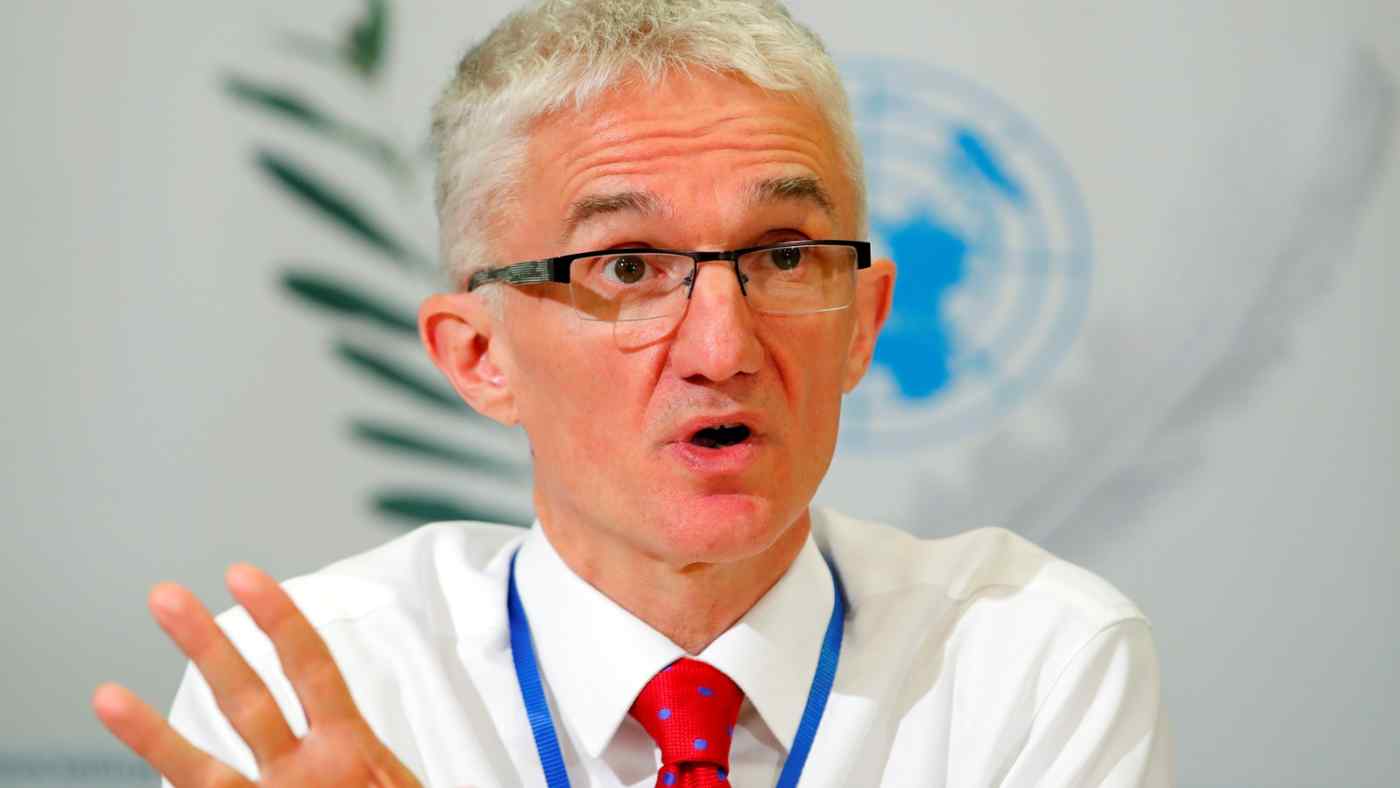 Mark Lowcock is expected to meet with government officials, humanitarian partners and aid recipients in the first visit by a U.N. emergency relief coordinator since 2011.

More than 10 million North Koreans -- 40% of the population -- are undernourished and need humanitarian assistance, according to the U.N.'s Office for the Coordination of Humanitarian Affairs.

North Korea "continues to face a protracted humanitarian crisis that is largely overlooked by the rest of the world," said OCHA, which Lowcock leads. But the situation has often taken a back seat to efforts on Pyongyang's nuclear arsenal.

The 2018 edition of the Needs and Priorities report blames food insecurity, poor diets and a lack of quality health services for the stunting of more than a fifth of North Korean children under age 5.

"Water supply systems in most parts of the country are not fully functional, compromising the quality and quantity of water," the report says. "Thus at least 13.7 million people have limited access to a safe and readily available water source" -- a situation compounded by about 23% of the population lacking access to basic sanitation.

The report calls for $111 million in aid this year to address nutrition, health, sanitation and other needs of roughly 6 million North Koreans.

Yet aid campaigns have struggled to find funding. This year's appeal has only been 10.5%-funded since its April launch. Last year's pitch got only 31.2% of the way to its target.

"This not only poses an immediate threat to ordinary people who rely on the assistance provided by international agencies, but risks reversing the positive developments the country has made in areas such as child and maternal mortality in recent years," the statement said.

Before recent diplomatic progress, humanitarian workers noted the challenge of gaining support for aid work. The perceived stigma of helping a pariah state and the difficulty of getting supplies into a country under unprecedentedly strict U.N. sanctions hampered their work and likely discouraged potential donors, they said.

Lowcock's visit comes on the heels of U.S. Secretary of State Mike Pompeo's trip to Pyongyang this week.

The top American diplomat was expected to urge the North to make concrete progress on efforts to dismantle its nuclear program. It marks his first visit since before last month's Singapore summit between U.S. President Donald Trump and North Korean leader Kim Jong Un.