Members ease pressure on Pyongyang and welcome commitment to denuclearization SINGAPORE -- A regional security forum wrapped up here on Saturday with two major changes from a year ago: Pressure to give up its nuclear arms eased on North Korea, and a bloc of Southeast Asian nations and China took a big step toward resolving their South China Sea disputes.

But on the sidelines, the U.S. and China ratcheted up their trade tensions and nearly overshadowed the big geopolitical issues.

As for North Korea, ARF participants welcomed Pyongyang's commitment to complete denuclearization. This marks a big contrast from last year, when a joint statement strongly condemned the country's missile launches and nuclear tests.

"There are major issues that we need to resolve," he continued. "The discussions were carried out in a very candid manner. The [U.S.-North Korea] summit in Singapore did change the tone of conversation. Hopefully we helped to set a stage to solve other issues."

Still, though, the 27-member ARF -- which brings together the 10 ASEAN members as well as the U.S., China, Japan and South Korea -- reiterated its support for the U.S.-led sanctions against Kim Jong Un's regime until it takes concrete action on its denuclearization pledge.

North Korea is also a member of the forum, the only international dialogue that the country takes part in.

The ARF meeting comes two months after North Korea's Kim and U.S. President Donald Trump met in Singapore. At the unprecedented summit, the two men agreed to work together on denuclearizing the Korean Peninsula.

Little progress has been made since then. While the U.S. canceled military preparedness drills with South Korea, and while North Korea has sent what it says are remains of U.S. troops from the Korean War back to America, the North has also been going ahead with further development of its nuclear program.

The U.S. is pressuring North Korea to show more visible progress toward denuclearization. Washington is especially eager for Pyongyang to detail how many nuclear weapons it possesses and to list its nuclear-related facilities.

North Korea says it first wants the Korean War to be declared to have ended. Pyongyang feels such a declaration would give it security assurances if it gives up its nuclear program.

Although an armistice ended the war's hostilities in 1953, the two Koreas technically remain at war because the armistice agreement was signed by the U.S., North Korea and China.

On Saturday, U.S. Secretary of State Mike Pompeo admitted it will take time for North Korea to give up the nuclear weapons it has spent decades developing. He added that the world is united in seeing this happen. "I am optimistic that we would get this done in the timeline," Pompeo said during a news conference. "The world would celebrate with the U.N. Security Council."

"In the world of politics, as is the case in the science world, a birth of the new is inevitably accompanied by the struggle to overcome the old," Ri said in a statement. "We believe that the only practical way for moving forward is to take a new approach of giving priority to confidence-building and implementing all items of the joint statement in a balanced, simultaneous and phased way."

During a photo session, Pompeo approached Ri. The men shook hands and talked briefly. But they did not hold an official meeting.

As for the long-standing South China Sea disputes, China and ASEAN surprised the international community by agreeing on a draft code of conduct -- a critical step toward peace and stability among countries with claims in the geographically strategic body of water.

"China and ASEAN arrived at a single COC negotiation draft text," Chinese Foreign Minister Wang Yi said during a press conference, through an interpreter. "Without disturbances from the outside, we can [get on the] fast track." Wang stressed that one "positive development" during the meetings was that the South China Sea situation became "more steady" due to Chinese and ASEAN efforts.

Wang left no doubt who he was referring to in regard to "outside disturbances." He pointed to the U.S., saying the country has been sending naval ships into the South China Sea, piling "security threats and pressure on regional countries, including China."

This week at Singapore's naval base, ASEAN and China conducted their first joint maritime exercises. China called the drills a pragmatic practice of neighborly principles like amity, sincerity, mutual benefit and inclusiveness.

The U.S. and China, meanwhile, used the occasion of the forum to mix it up in their sanctions tit for tat.

On Friday, China said it will impose tariffs of up to 25% on $60 billion worth of imports from the U.S., citing a threat by Washington to further hike its own duties.

Wang reiterated Beijing's stance that the U.S.'s actions will hurt the global economy as well as America's own consumers and companies. He defended China's retaliatory measures, saying they are in the interest of the Chinese people and of free trade. 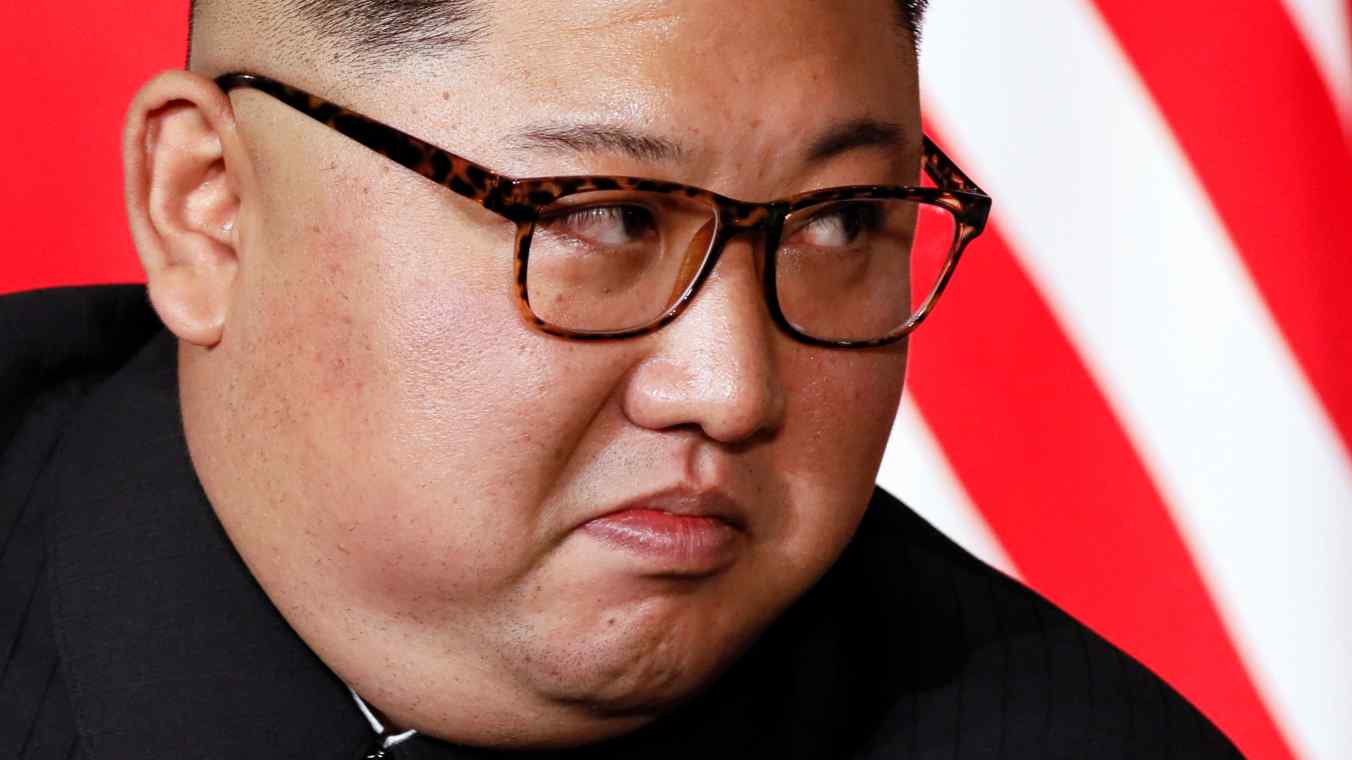 Business in North Korea -- a risk worth taking

Lee Jae-min, a professor of international law at Seoul National University, said the U.S. and China will keep battling. He said that while both countries are using tariffs as weapons, each is really fighting over what kind of trade system the world will follow.

"It won't be solved in the short term," Lee said. "The U.S. sees a free trade system that frowns on government interference, while China sees a system that gives the government some sway through state-run companies."

The two superpowers, Lee said, are really fighting for hegemony.