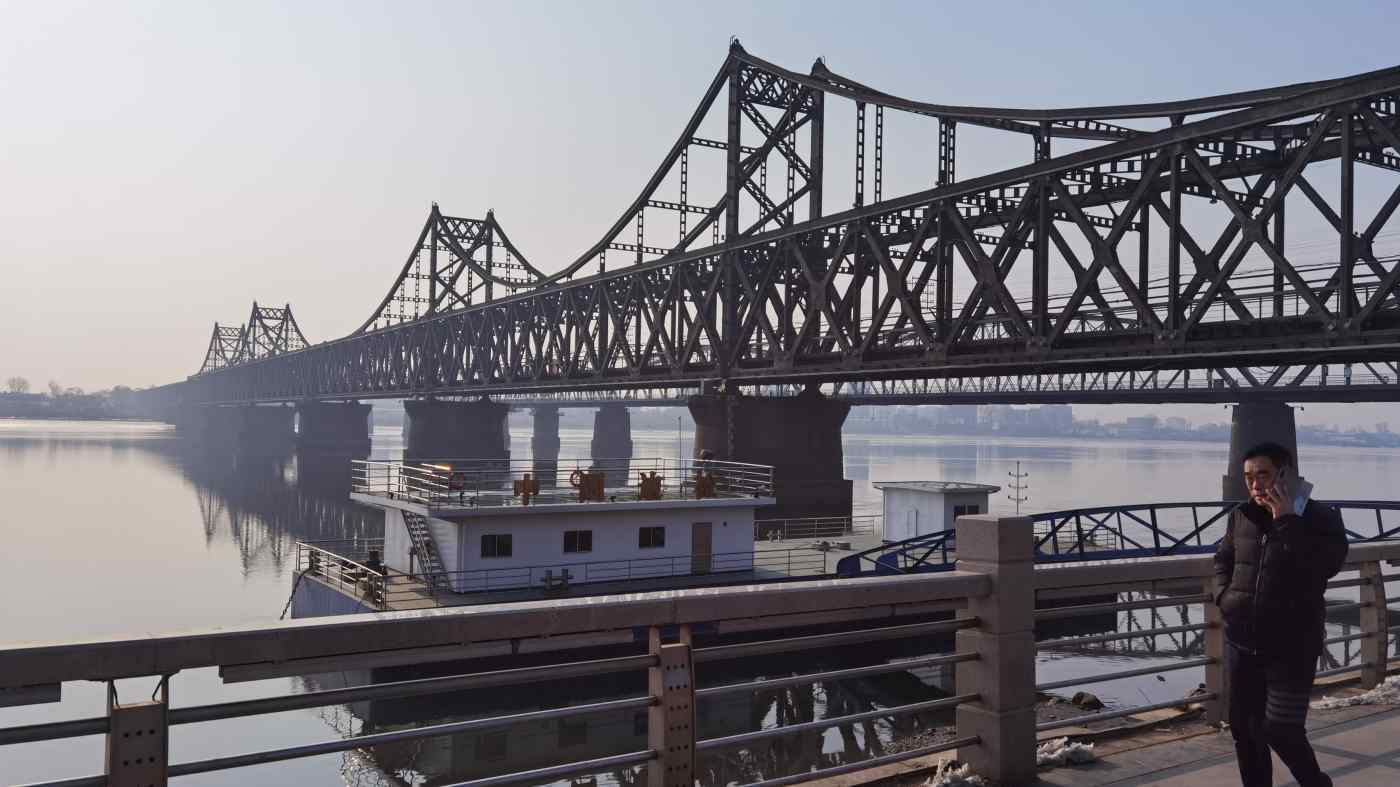 BEIJING (Kyodo) -- A freight train service between China and North Korea has been resumed, the Chinese Foreign Ministry said Monday, after it was suspended in late April amid a coronavirus outbreak in the Chinese border city of Dandong.

The train with more than 10 cars from Dandong was spotted crossing a bridge to the North's border city of Sinuiju at 7:43 a.m., South Korea's Yonhap News Agency said. China is the country's closest and most influential ally in economic terms, and the move signals the expansion of bilateral trade.

Chinese Foreign Ministry spokesman Wang Wenbin said at a press conference in Beijing that the two countries decided to restart the freight service through negotiation.

The two sides will continue to cooperate for the stable and safe operation of the train, he added.

The cargo train operation had been suspended since April 29, with many residential compounds in Dandong locked down amid the spread of the highly transmissible Omicron variant.

North Korea disclosed its first case of the virus only on May 12 after claiming to have had no COVID-19 infections for more than two years. In August, leader Kim Jong Un declared victory in the country's fight against the coronavirus and ordered an easing of "maximum emergency" measures.

Pyongyang has asked Beijing to resume the cargo operation, according to sources familiar with bilateral relations. Yonhap quoted a source in China as saying the rail service is to operate one to two times a day.

The North had cut off land traffic to and from China in 2020 due to worries that the virus, first detected in the central Chinese city of Wuhan in late 2019, could enter its territory. The train link resumed in January this year.

According to Chinese customs data, trade with North Korea plunged nearly 90% in 2021 from 2019 with the border closed. Pyongyang imported goods from China only by ship.

Recently, North Korea boosted ship-borne trade and the value of trade with China between January and August this year amounted to $503.24 million, some 70% down from the same period in 2019.