Japan to foot bill, while IAEA will focus on verification 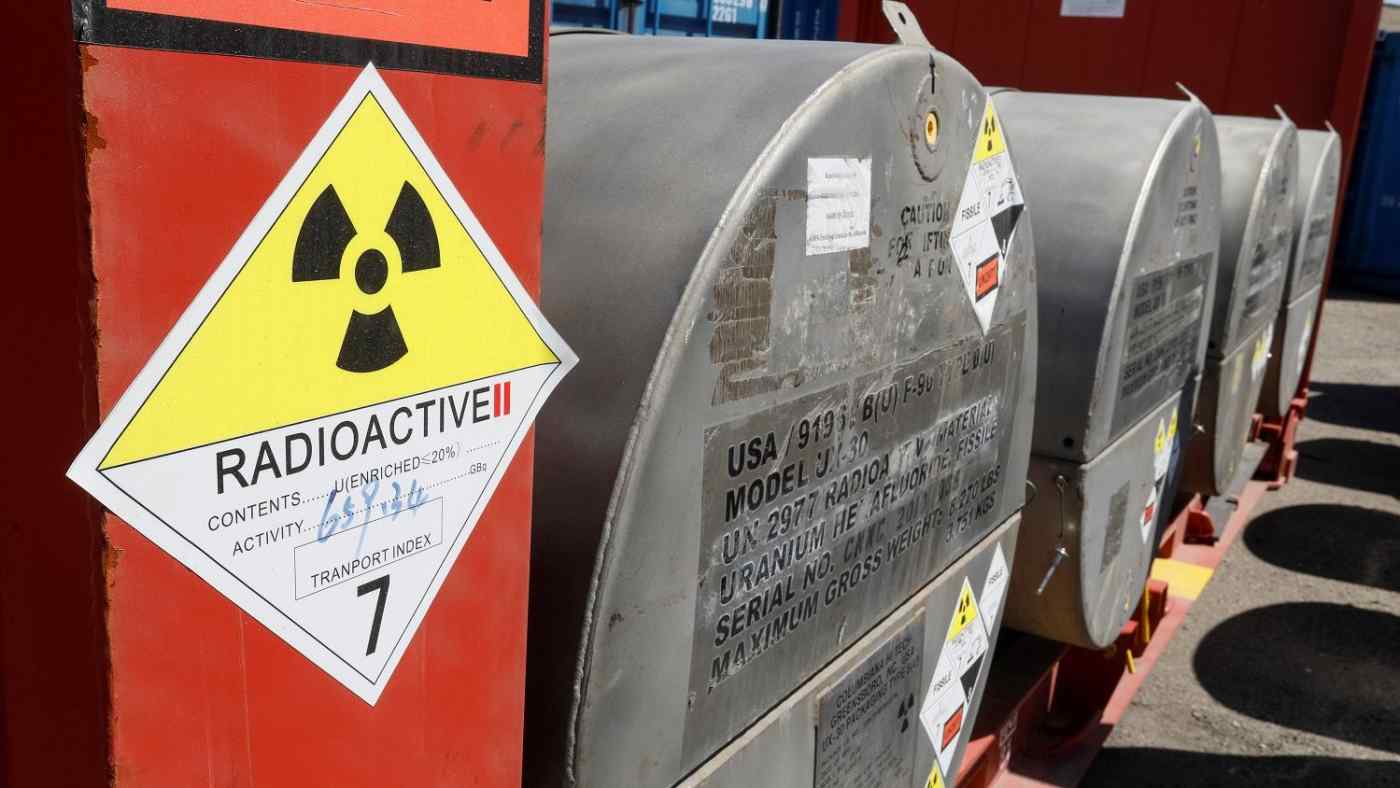 Containers with uranium hexafluoride salt, raw material for nuclear weapons. The scale of the denuclearization is expected to be the largest in history, given the number of nuclear weapons North Korea is suspected to possess.   © Reuters
JUNNOSUKE KOBARA and SAKI HAYASHI, Nikkei staff writersJune 22, 2018 05:49 JST | North Korea
CopyCopied

TOKYO -- With the U.S. and North Korea having agreed to work toward denuclearizing the Korean Peninsula, the focus now shifts to how the process will evolve once things get moving.

While details of the unprecedented challenge remain fuzzy, the scale of the denuclearization is expected to be the largest in history, based on the number of weapons North Korea is suspected to possess and the range of nuclear facilities.

The U.S., South Korea and Japan are unified in the need to have the International Atomic Energy Agency verify the process to ensure the "complete, verifiable and irreversible" end to Pyongyang's nuclear program.

The actual dismantling and removal, however, will likely fall on the shoulders of the U.S. The Nuclear Non-Proliferation Treaty allows only the five permanent members of the United Nations Security Council to touch nuclear weapons: the U.S., Russia, the U.K., France and China.

During the denuclearization of Libya in 2004, the U.S. and the U.K. were responsible for dismantling nuclear facilities and removing nuclear materials from the country. The IAEA verified the results afterward.

"We have no choice but to rely on the U.S. to dismantle the North's nuclear weapons," said an official in Japan's Ministry of Foreign Affairs.

But such a scenario could face resistance from Russia and China, which both seek to maintain their influence on North Korea.

The IAEA lacks the authority to dispose of materials like highly enriched uranium and plutonium. The U.N. nuclear watchdog will instead focus on the verification of the process.

The agency typically sends trained experts to a country to locate nuclear materials and ensure that the country does not possess more than permitted. North Korean leader Kim Jong Un, left, and U.S. President Donald Trump agreed on June 12 to work toward denuclearizing the Korean Peninsula. But they left the particulars for another time.   © Reuters

They can also physically block access to storage or power generation facilities and set up surveillance cameras to prevent materials from being carried out illegally.

The IAEA sent inspectors to the North's Yongbyon nuclear complex in 2007. It also launched a North Korea team last July and is ready to carry out inspections as soon as the agency's board and Pyongyang give the green light.

Japan plans to shoulder the initial cost of IAEA inspections through the roughly 2.7 million euros ($3.1 million) provided to an emergency fund dedicated to nonproliferation efforts.

U.S. President Donald Trump and North Korean leader Kim Jong Un agreed at their June 12 summit on complete denuclearization. U.S. Secretary of State Mike Pompeo is expected to begin follow-up negotiations with Pyongyang to iron out the details of its denuclearization.

But Moscow may oppose Washington playing such a prominent role by itself. The Cold War rivals still possess more than 90% of the world's nuclear warheads. Russia, along with China, could push for greater input on North Korea to advance their own security agendas.