Hanoi summit will be about disarmament, not denuclearization, defector Thae says 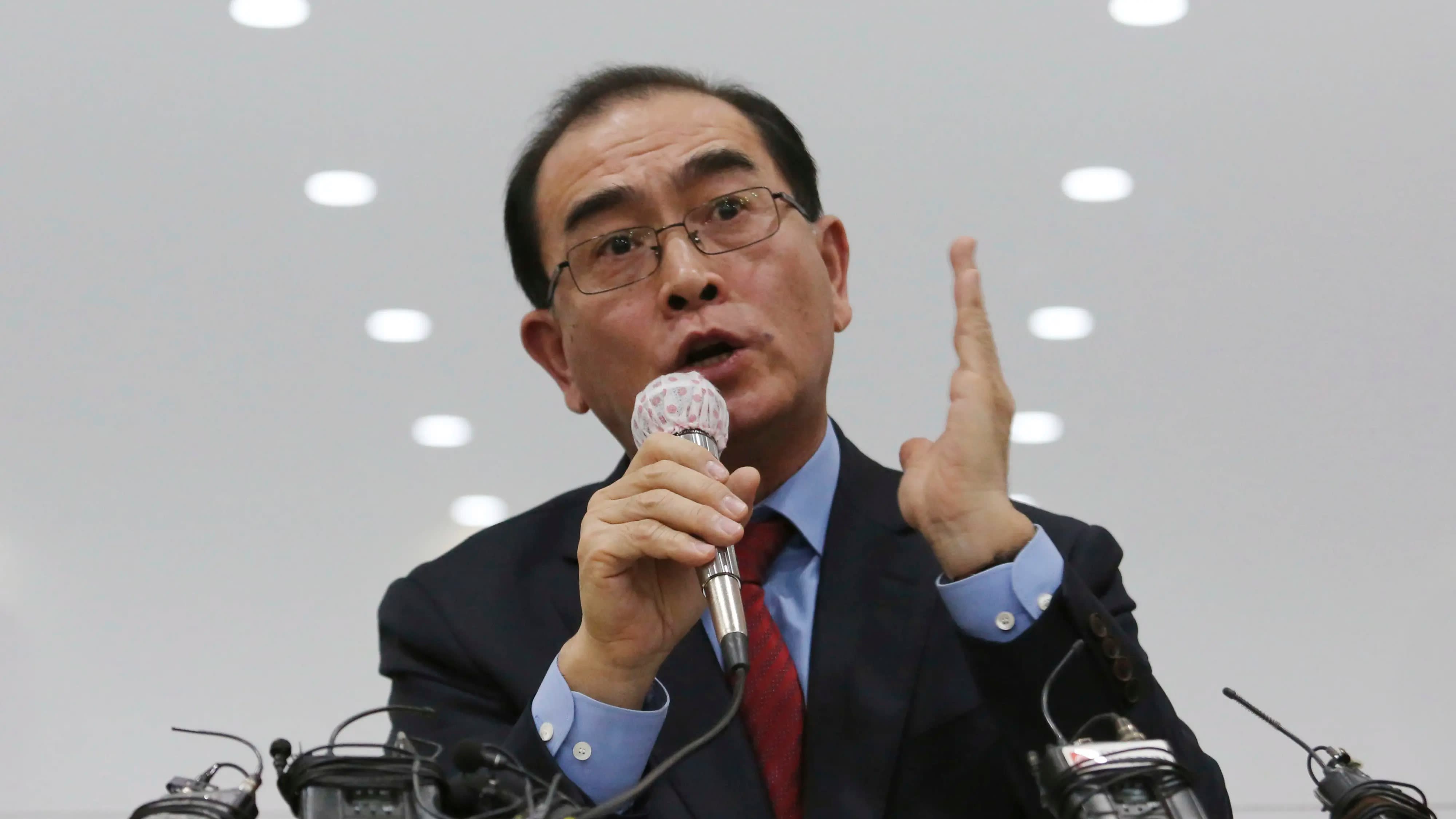 SEOUL -- A former Pyongyang diplomat said North Korean leader Kim Jong Un is unwilling to ever completely give up nuclear weapons, and his summit in Hanoi next week with U.S. President Donald Trump would likely focus on reducing nuclear arms and facilities.

Thae Yong-ho, who was North Korea's deputy ambassador to the U.K. before defecting to South Korea in 2016, echoed concerns that Washington would agree to loosening sanctions against the isolated regime while failing to force Kim to give up his weapons.

"If the U.S. and North Korea exchange demolition of the Yongbyon nuclear complex [and other concessions] for an easing of sanctions, they are not talking about denuclearization, but nuclear disarmament," Thae told foreign correspondents in Seoul on Tuesday.

Thae said Trump may announce that the threat to the U.S. is removed, but this may mean that South Korean and Japan would still have a nuclear power on their doorstep, leaving them vulnerable to attack should tensions rise again on the Korean Peninsula.

Pyongyang has repeatedly refused Washington's request that it produce a list showing all North Korean nuclear facilities and plans. Without this, the two sides have so far been unable to formulate a clear path to denuclearization.

Thae also said Trump should pressure Kim to announce his intent to dismantle all of North Korea's nuclear arms and facilities, return to the Treaty on the Non-Proliferation of Nuclear Weapons, and agree to International Atomic Energy Agency inspections.

Seoul estimates that the North has between 20 and 60 nuclear weapons, along with 50 kg of weaponizable plutonium and a large stock of highly enriched uranium that can be made into nuclear weapons.

"Trump should make Kim announce this with his voice," Thae said. "If not, I don't believe the deal is about denuclearization."

The former diplomat was skeptical that Pyongyang was genuine about giving up its nuclear weapons because Kim needs them to consolidate power.

"What else does North Korea have except nuclear arms?" he said. "They are key to solving the North's feeling of inferiority to South Korea. North Korea will not give them up, even if the country receives billions or trillions of dollars."