Mr. Y told contacts in Tokyo he had 'fallen ill' 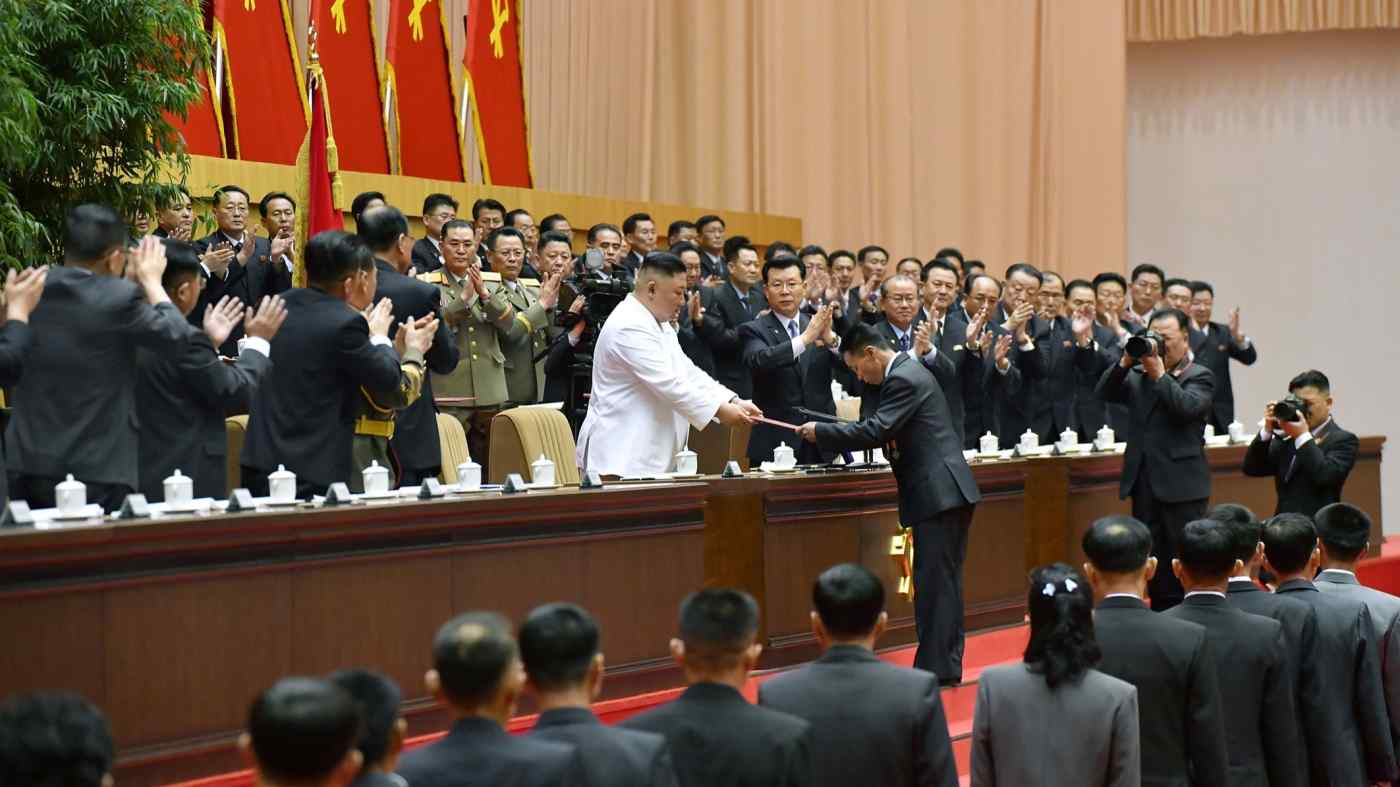 TOKYO (Kyodo) -- A secret North Korean negotiator with Japan, who had been directly connected to the leadership in Pyongyang and who was behind major bilateral developments over the past two decades, lost contact with Tokyo several years ago, sources familiar with the matter said Wednesday.

The liaison, known as "Mr. Y" among the Japanese intelligence community, had told his contacts in Tokyo that he had fallen ill. Several Japanese government sources said Japan and North Korea have "lost a behind-the-scenes negotiation channel."

Japan and North Korea do not have diplomatic relations and efforts to normalize ties have been strained by Pyongyang's past abductions of Japanese nationals as well as its nuclear and missile programs.

The negotiator was known to be a subordinate of "Mr. X," a high-ranking North Korean security official who paved the way for the first-ever bilateral summit held in 2002 between the late North Korean leader Kim Jong Il and then Japanese Prime Minister Junichiro Koizumi, according to the sources.

Together with Mr. X, the liaison officer was involved in negotiations related to Koizumi's 2002 visit to North Korea. He was also in charge of talks over a 2014 bilateral agreement struck in Stockholm on principles for negotiations toward the settlement of the abduction issue, the sources added.

In 2014, he also informed Japan that two men who disappeared in the late 1970s were alive in North Korea, they said.

The two were Minoru Tanaka, a Japanese government-listed abductee who went missing at age 28 after boarding a plane for Vienna at Narita airport, and Tatsumitsu Kaneda, an ethnic Korean who worked at the same ramen shop as Tanaka.

Mr. Y also acted as a mediator for a secret meeting in Mongolia in 2014 between the late Shigeru Yokota and his wife Sakie, 85, parents of abductee Megumi Yokota, and Megumi's daughter Kim Eun Gyong and her family.

Megumi Yokota, who was kidnapped in 1977 at age 13 on her way home from school, has become a symbol of Japanese nationals abducted by North Korea.

Along with families of other abductees, Sakie Yokota met with Prime Minister Yoshihide Suga last week and called for the early return of their loved ones ahead of the prime minister's talks with U.S. President Joe Biden scheduled for Friday in Washington.

The security officer, whose background is not known, succeeded Mr. X about 10 years ago, and engaged in negotiations with Japan in third countries such as China and Mongolia, the sources said.

He was believed to have developed a disease related to the brain or circulatory system, but could have been sacked from his post amid stalled Japan-North Korea negotiations, they added.

Suga, who served as state minister in charge of the abduction issue under his predecessor Shinzo Abe, said after assuming the premiership last September that he is willing to meet with the current North Korean leader Kim Jong Un, a son of Kim Jong Il, "without preconditions."

But Suga is struggling to find a new negotiation channel as Pyongyang has shut down its borders to guard against the novel coronavirus pandemic.

What appeared to be the only window of opportunity has now been closed after the North decided not to participate in the Tokyo Olympics this summer, also citing the need to prevent virus infections.

Song Il Ho is the North Korean ambassador in charge of negotiations to normalize relationships with Japan, but a Japanese government source said he is not one of the secret negotiators who have more discretion.