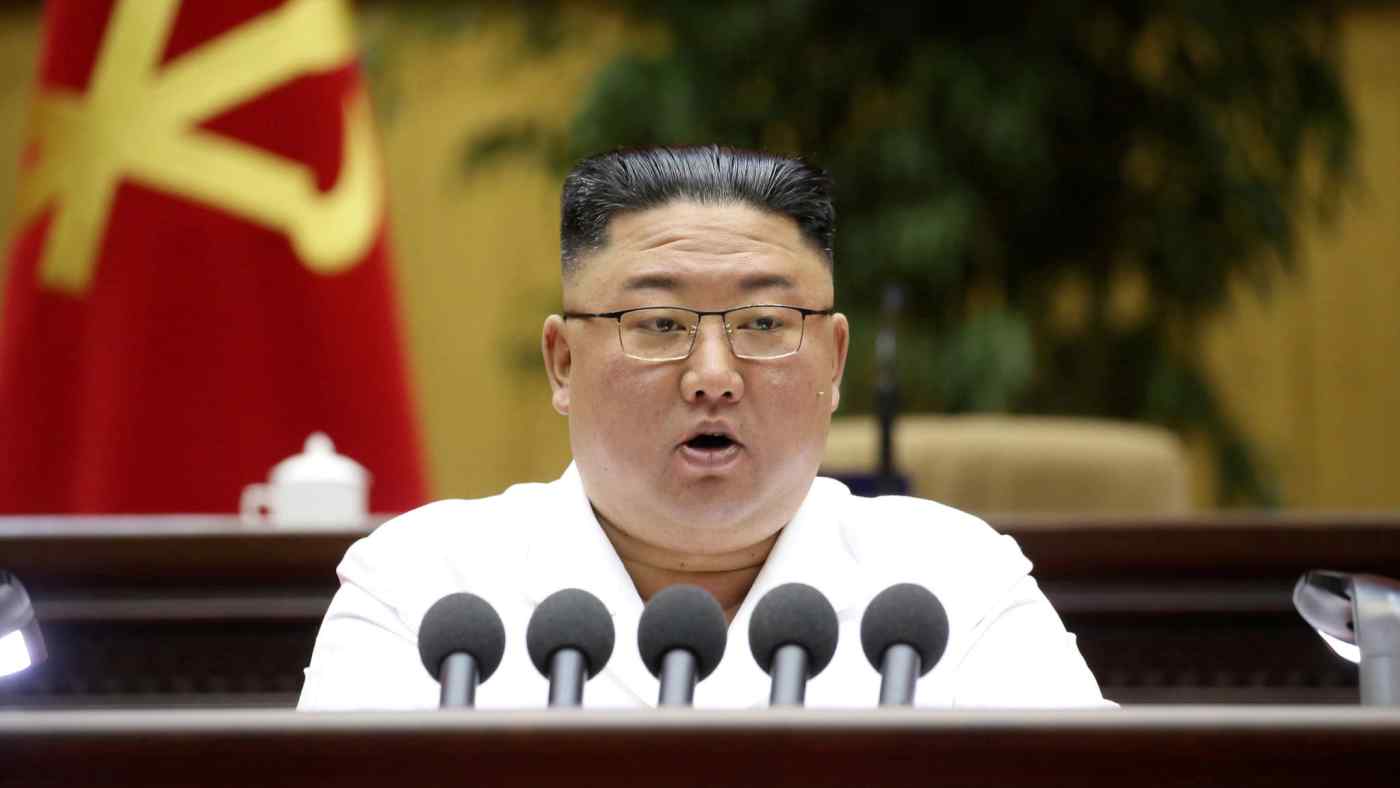 North Korean leader Kim Jong Un in recent months has signaled a shift away from his father's focus on the military above all. (KCNA via Reuters)
YOSUKE ONCHI, Nikkei staff writerJune 10, 2021 03:57 JST | North Korea
CopyCopied

SEOUL -- Kim Jong Un has placed the North Korean people first and foremost under revisions to the all-important governing party rulebook, according to reports that began surfacing this month, indicating that the leader is setting out to create an identity that is starkly different from his revered grandfather and father.

Since taking the reins in 2011, the North Korean leader had embraced his connection to the Paektu bloodline, invoking his grandfather and North Korean founder Kim Il Sung through his mannerisms and clothing choices.