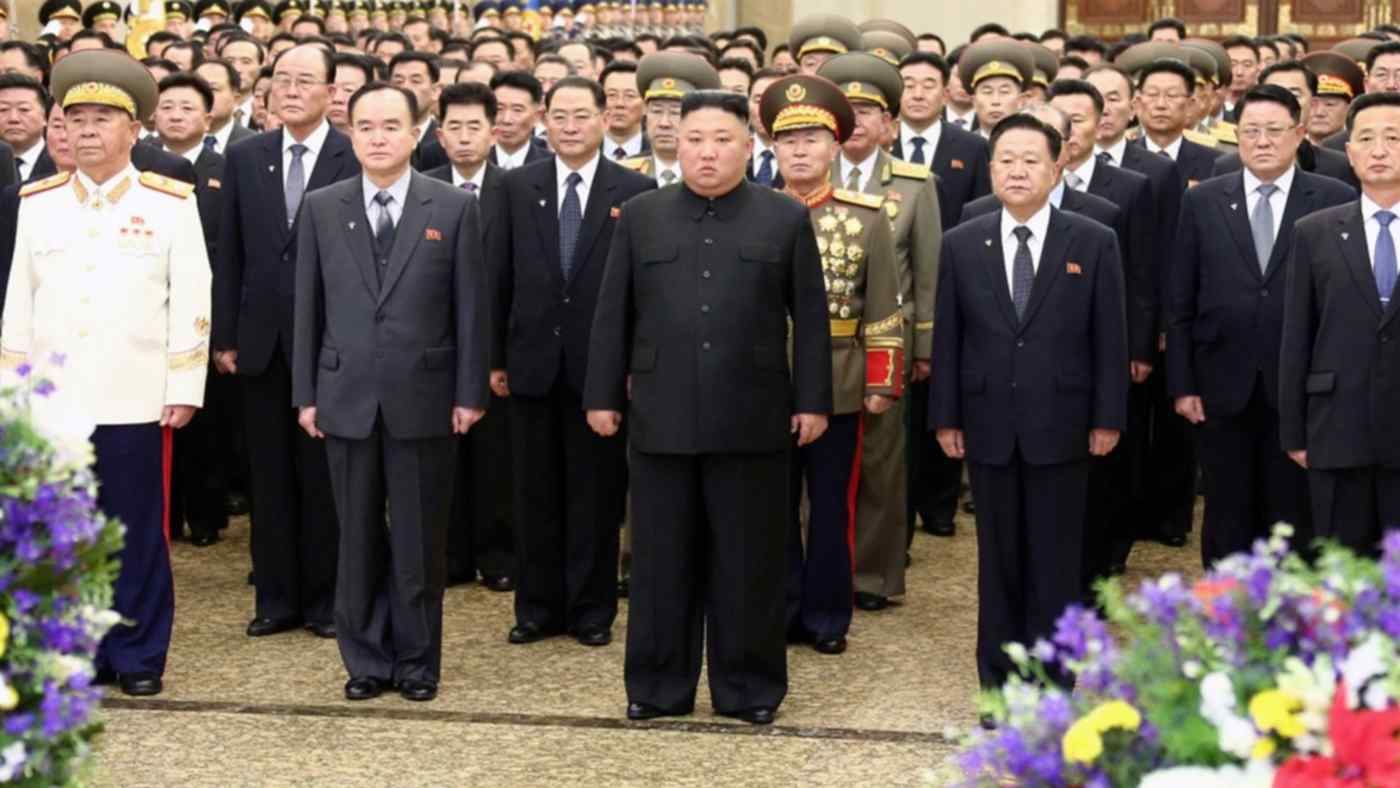 BEIJING (Kyodo) -- North Korea has changed the English title of its leader Kim Jong Un from "chairman" to "president," according to recent state media reports from the country.

The Korean Central News Agency on Wednesday ran an English story of Kim visiting the Kumsusan Palace of the Sun, on the outskirts of Pyongyang, on Tuesday to mark the birthday of his late father, Chairman Kim Jong Il, whose preserved remains lie in state there.

The KCNA report referred to the current leader as "president of the State Affairs of the Democratic People's Republic of Korea," using the country's formal name.

KCNA, whose English service had previously called him "chairman" of the State Affairs Commission, the highest governing body, changed that to "president" for the first time last week while reporting on Cuban leaders' message to Kim.

However, his title in Korean remains the same as before.

Speculation has been growing as to why the title was changed.

South Korea's Yonhap News Agency quoted experts as saying the move appears intended to present North Korea to the world as a "normal state" by following the practice of other countries such as China and Russia, whose heads of state are called "president."

Until now, the title of "president" was reserved for Kim Il Sung, the late state founder and grandfather of the current leader.

It has been suggested there might also be a dual aim of gaining external authority by using the same title as the state founder, who died in 1994 after 46 years in power.

During a ruling party congress last month, Kim, formerly "chairman" of the ruling Workers Party of Korea, was elected as its "general secretary," taking over the top post previously held by Kim Jong Il, the nation's previous leader who died in 2011 after 17 years of rule.