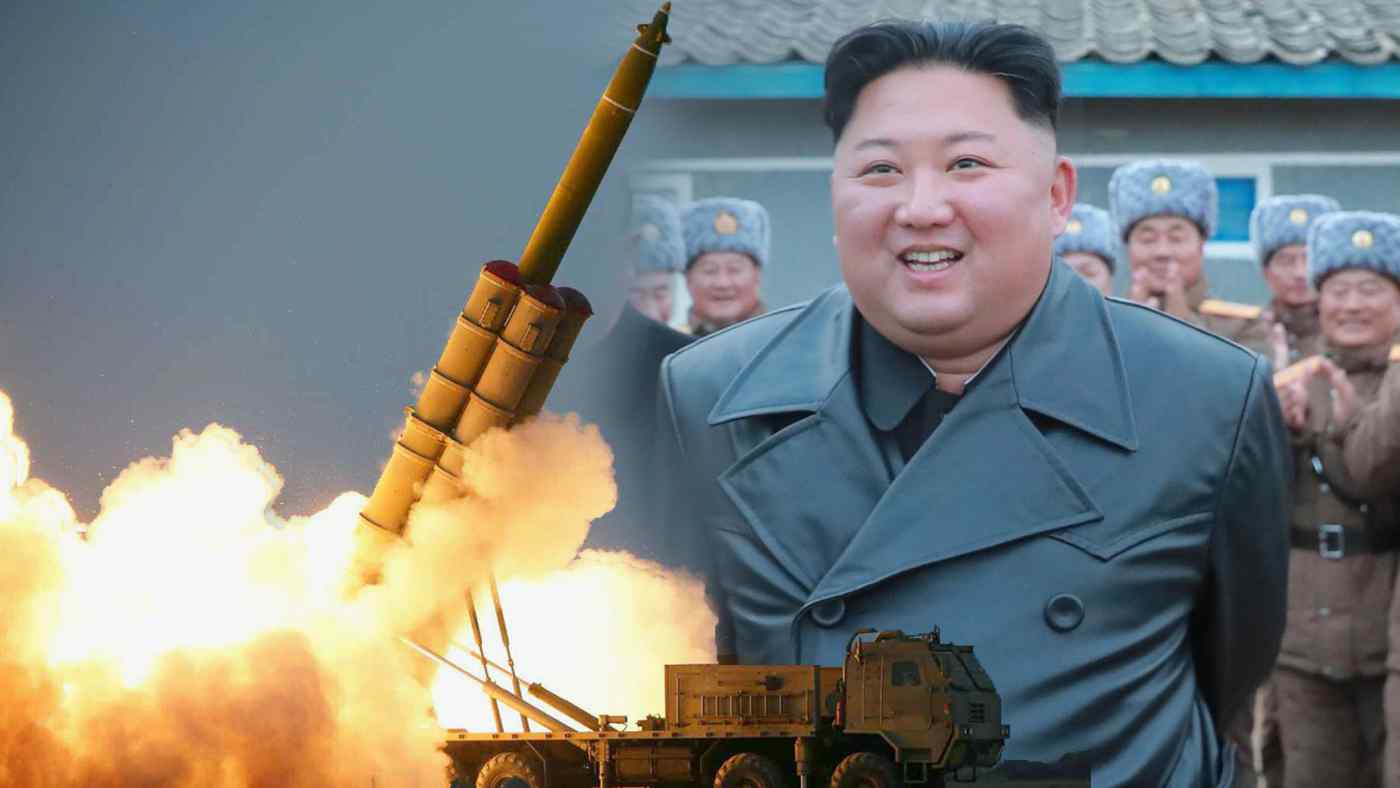 SEOUL -- North Korea last week ordered the South to remove all its "unsightly" buildings from the Kumgang Mountain resort, a scenic area on the country's east coast that was once the site of a cooperative venture between the two Koreas.

While Pyongyang says it plans to set up its own tourist venture there, South Korean media reports suggest a different motive: turning the site back to its previous use as a naval base.

Images on Google Earth cited in these reports appear to show a large number of naval vessels deployed in the area, as well as newly constructed buildings. This sparked speculation in South Korea that the North remains antagonistic toward the South and has no intention to make peace or ditch its nuclear weapons.

The news shows another crack in Seoul's push for rapprochement with its northern neighbor. Casting a further shadow on the situation is Pyongyang's setting of a "year-end deadline" for the U.S. to come up with a new proposal to move forward dialogue stalled since talks broke down in Sweden in October.

"The fate of the future DPRK-U.S. dialogue depends on the U.S. attitude, and the end of this year is its deadline," the North's state media wrote in October, using an acronym for the isolated nation's formal name.

North Korea turned up the temperature a further notch on Thursday by conducting a missile firing -- the latest of a series in recent months. The launch came just days after the country said it carried out an artillery firing near a disputed maritime border with the South, at the direction of leader Kim Jong Un.

Artillery firings in the past by both Koreas have sparked accidental clashes when militaries mistook routine exercises for enemy fire. In meetings this year and last, Seoul and Pyongyang both pledged to avoid such unnecessary actions in the name of maintaining peace.

The firing drew a rare open show of displeasure from South Korea's left-wing Moon Jae-in administration, which has made inter-Korean cooperation a key policy and generally refrained from open criticism of the North's military actions.

In a briefing, Unification Ministry spokeswoman Choi Hyun-soo called the firing "concerning" and urged North Korea to refrain from acts that could raise tensions in border areas. Nevertheless, the government in Seoul is showing no signs of abandoning efforts toward reconciliation.

At a forum in Seoul on Wednesday, Suh Ho, South Korea's vice minister of unification, acknowledged the current stalemate, but said the government remains committed to cooperation.

"The dismantlement of Mount Kumgang facilities is an impending challenge. The South Korean government is trying to resolve this issue through dialogue, but it seems as if North Korea is currently unwilling to engage."

"Whenever we try to change the status quo, it takes enormous courage. Exchanges and engagement between South and North Korea also require courage," Suh said.

While North Korea does not have a track record of keeping its word, its bold declaration of a deadline may leave it with little choice but to carry out some kind of provocation if the U.S. does not render a new proposal by the end of this year.

"North Korea is clearly serious about the deadline as the increasingly strident tone in their statements is paralleled by the escalating level of North Korean provocations, namely the missile tests," said Go Myong-hyun, a Research Fellow at the Asan Institute for Policy Studies.

"The likelihood of North Korea letting the deadline expire without any action is low," Go added. Seoul is already butting horns with Washington over who will cover the costs of stationing 28,500 American troops in South Korea. U.S. President Donald Trump has described South Korea as freeloading off American generosity and demanded a large increase in Seoul's burden. The Trump administration is also leaning on Japan to pay more for its U.S. military presence.

Analysts are concerned that these demands are chipping away at faith in the U.S. as being steadfastly committed to regional security cooperation to counter North Korea.

"There are small but growing constituencies in both Japan and South Korea with the perception that the United States may be an unreliable partner and that both countries will need to shoulder responsibility for their own defenses against a nuclear-armed North Korea," said Marcus Noland, a nonresident senior fellow at the East-West Center in Hawaii.

The coming months could see a return to the tensions that characterized the first months after Trump's inauguration, with North Korea saying it is no longer interested in holding meetings that don't yield results.

Washington nevertheless has an incentive to keep talks with North Korea going.

"Trump may welcome an opportunity to engage in high-stakes diplomacy to draw a few news cycles away from domestic political challenges," Easley added. "Pyongyang likely intends to exploit this situation, but could easily miscalculate with a military provocation that elicits more sanctions rather than concessions."