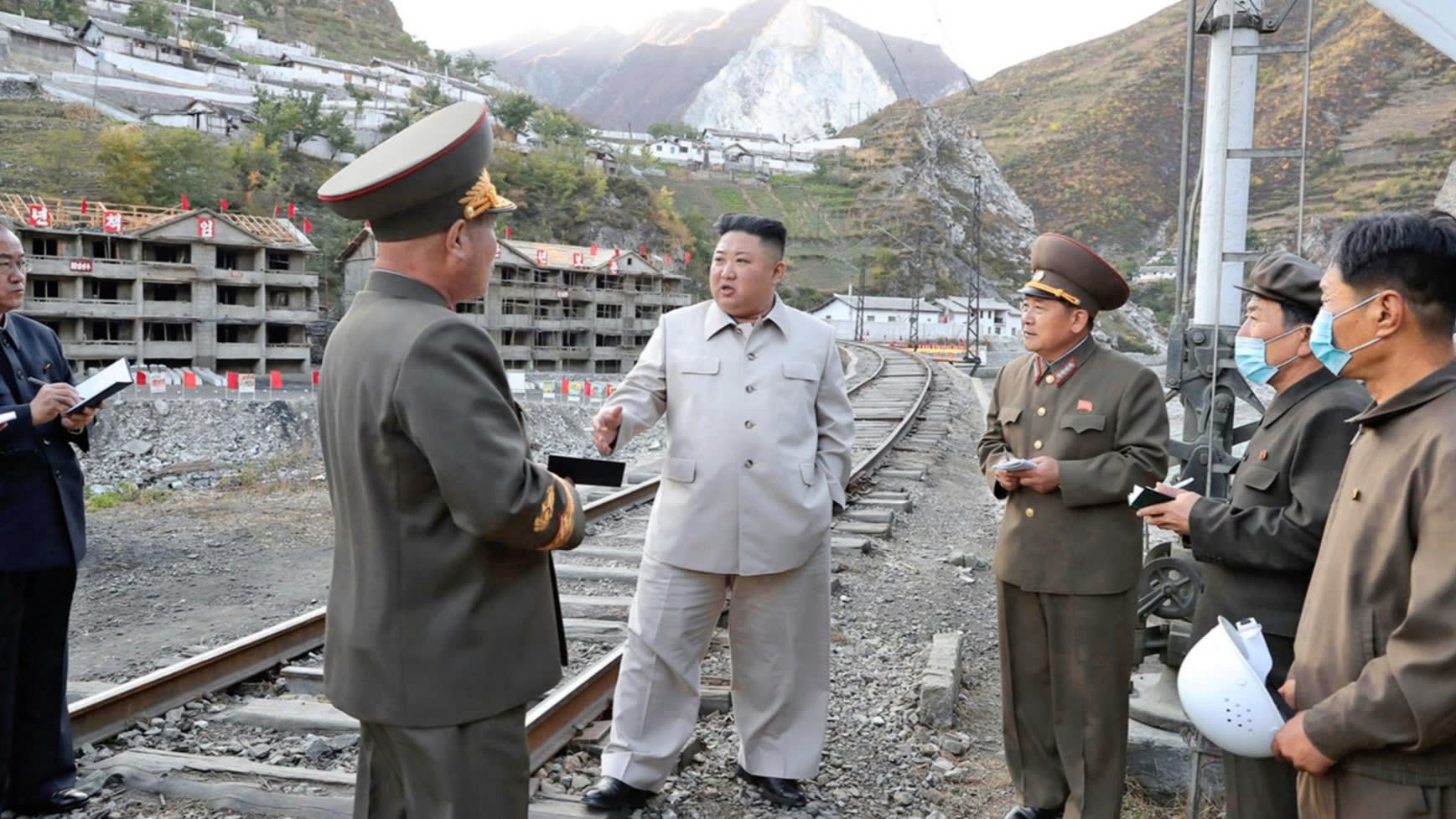 "We ought to feel deeply responsible for not knowing that people were suffering in such an unfit environment," Kim said in South Hamgyong, known for its zinc deposits. He lamented that the clusters of homes on the mountainside "are the same as they were half a century ago," according to the Korean Central News Agency.

The visit, which comes amid rising economic stress, shows Kim trying to portray himself as a leader who stands with his people in times of trouble.

Saying his "conscience wouldn't allow it" if only the damaged homes were reconstructed, Kim declared a model city would be built and that it would become the envy of all.

Kim has made multiple visits to flood-ravaged areas since the summer, showing himself giving comfort to both victims and the military units involved in recovery efforts.

During this past weekend's military parade, Kim appeared to have tears in his eyes as he thanked the crowd and said he felt "ashamed" that they had not been rewarded for their self-sacrifice.

The coronavirus pandemic has added to the strain of international sanctions on North Korea's economy. As the border with China remains closed to block the spread of infection, shortages of foreign currency and goods have become dire. Floods in rural villages have raised the specter of food shortages.

In August, Kim replaced North Korea's premier, who is responsible for managing the economy. The Workers' Party acknowledged in a Central Committee plenary meeting that the economy had fallen "woefully short" of growth targets and people's livelihoods were not improving.

Missed growth targets are not all that has gone wrong for North Korea in 2020, the final year of the country's current five-year economic development plan. Delays appear to be hitting construction around the country, including one of Kim's pet projects, a sprawling resort.

Kim likely has little choice but to focus on maintaining his grip on power until at least next month's U.S. presidential election, North Korea watchers say.