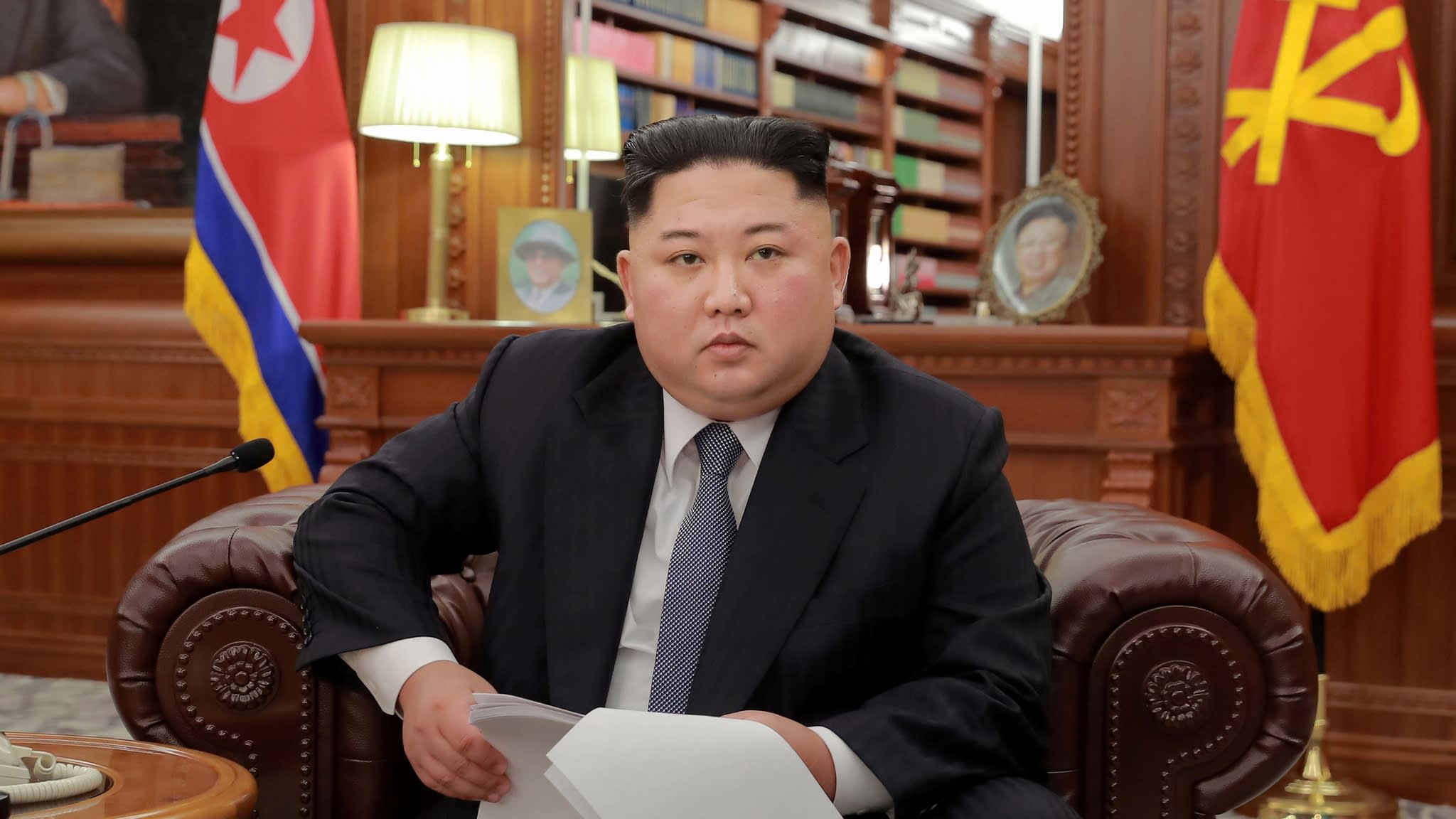 SEOUL -- Even with U.S. President Donald Trump now saying he expects to meet with North Korean leader Kim Jong Un again soon to discuss denuclearizing the Korean Peninsula, the impasse looks likely to continue as neither side shows much inclination to budge from its initial stance.

In his New Year's address on Tuesday, Kim put the onus on Washington to move the process forward -- a sign of the lack of real progress since the two leaders' historic first meeting this past June.

"If the U.S. responds to our proactive, prior efforts with trustworthy measures and corresponding practical actions, bilateral relations will develop wonderfully at a fast pace," he said in the prerecorded speech broadcast by the official Korean Central News Agency.

Relations with the American and South Korean governments took up about a third of the half-hour speech that the North Korean leader delivered in a Western-style suit from a comfortable chair in an office adorned with large portraits of predecessors Kim Il Sung and Kim Jong Il.

Kim reiterated his "firm will" to completely denuclearize the peninsula. "We declared at home and abroad that we would neither make and test nuclear weapons any longer nor use and proliferate them, and we have taken various practical measures" toward this end, he said.

He said he is "ready to meet the U.S. president again anytime and will make efforts to obtain without fail results which can be welcomed by the international community."

The American president said in a cabinet meeting that day that he had received a "great" letter from Kim. Trump asserted that his engagement with Pyongyang had helped prevent "a World War III," though little visible headway has been made on denuclearization since the two leaders issued a joint statement on the issue after their first meeting.

The "trustworthy measures" sought by Pyongyang in exchange for more concrete steps likely include its longtime goal of a declaration to formally end the Korean War. An end to economic sanctions, which Washington insists on maintaining until North Korea eliminates its nuclear weapons program, is also on the list.

"If the United States does not keep the promise it made in the eyes of the world, and out of miscalculation of our people's patience, it attempts to unilaterally enforce something upon us and persists in imposing sanctions and pressure against our republic, we may be compelled to find a new way for defending the sovereignty of the country and the supreme interests of the state and for achieving peace and stability on the Korean Peninsula," Kim said.

Kim touted the warming ties between North and South Korea and urged further progress toward reconciliation in 2019. Pyongyang is prepared to reopen the Kaesong Industrial Park -- a joint North-South project -- and resume tourism at Mount Kumgang "without any precondition and in return for nothing," he said.

But he also offered a warning about Seoul's alliance with the U.S. Joint military exercises with foreign forces "should no longer be permitted, and the introduction of war equipment including strategic assets from outside should completely be suspended," Kim said.