Sales to country's elite have persisted on large scale despite sanctions, says report 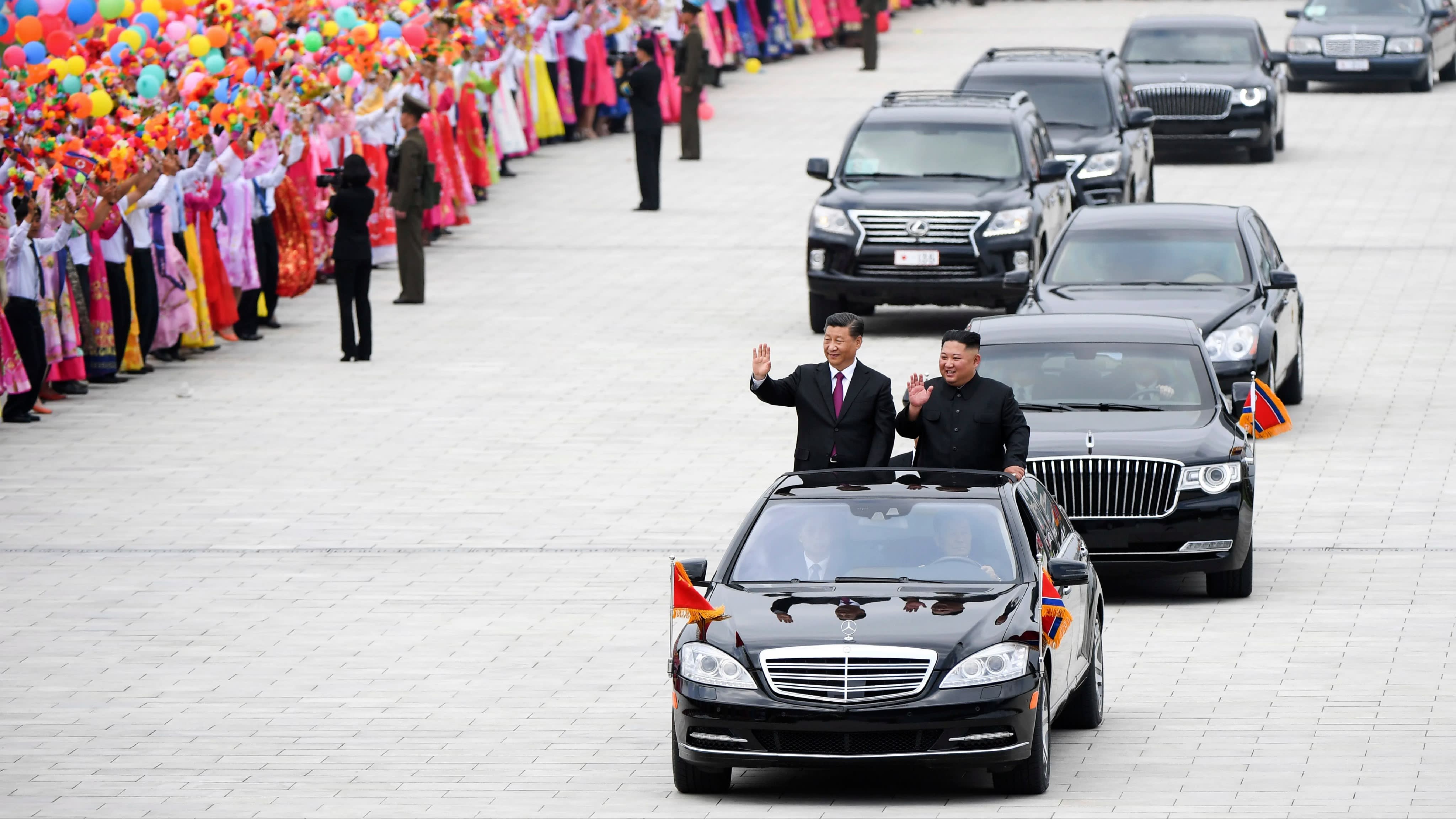 SEOUL (Financial Times) -- The Mercedes-Benz limousines that have carried Kim Jong Un to meet Donald Trump in Singapore and Hanoi and to summits with Vladimir Putin and China's president Xi Jinping have long raised the question: where does the isolated North Korean dictator get his cars?

Mr Kim's favoured mode of transport has put the spotlight on the illicit sale of luxury goods to North Korea's elite, which according to a new report has persisted on a much larger scale than previously thought.

UN sanctions on exports of luxury items to North Korea were implemented in 2006 as a way of putting pressure on the country's elite. But on Tuesday the Center for Advanced Defense Studies, a Washington research group, said North Korea had procured luxury goods from as many as 90 countries between 2015 and 2017.

The report does not imply that the car manufacturers are involved in the illicit trade network. But it highlights that enforcement has been "woefully inadequate", largely because the definition of luxury goods differs between most countries and the sale of many goods is not efficiently tracked across jurisdictions.

The report points out that the same deficiencies exist for the enforcement of sanctions targeting Bashar al-Assad's regime in Syria.

Its authors, who investigated previously unreported shipments of more than 800 luxury vehicles to North Korea, said vehicles from Germany, the Netherlands, and Thailand were shipped to North Korea via China, Japan, South Korea and Russia.

Among them were believed to be Mr Kim's two Mercedes-Maybach limousines that were shipped to North Korea in 2018 from the Euromax terminal at Rotterdam port in the Netherlands via Dalian in China, Osaka in Japan, Busan in South Korea and Nakhodka in Russia. In addition to the Mercedes, vehicles made by Lexus, Nissan, Toyota and Mitsubishi were shipped to the isolated country in 82 separate cases.

"Chairman Kim is not the only North Korean driving luxury vehicles from western suppliers, nor are luxury cars the only high-end products to which North Korean elite maintain access amid a bruising international sanctions programme," the report says.

Separately last week, the Middlebury Institute of International Studies at Monterey published a model law for countries to adopt to stop the provision of luxury goods to North Korea.

"Unfortunately ... implementation of the luxury goods ban has been so inadequate that such goods remain readily available in North Korea to those who can afford them," the law's authors said.

The new insight into the breadth of the sanctions-evading activity comes against a backdrop of uncertainty as Washington and Pyongyang attempt to restart nuclear talks after Mr Trump met Mr Kim at the demilitarised zone that divides the Korean Peninsula last month.

North Korea has sought an easing of the sanctions that are hurting its economy while US officials have said a campaign of "maximum pressure", which includes tough economic sanctions on trade with North Korea, would continue until Mr Kim moved to verifiably end his country's nuclear weapons programme and give up existing weapons. Exactly how such a process would work remains unclear.

Mike Pompeo, the US secretary of state, said on Monday the mission "to fully and finally denuclearise North Korea in a way that we can verify" was unchanged. However, he hoped "the North Koreans will come to the table with ideas that they didn't have the first time. We hope we can we be a little more creative too."

UN officials have also complained this year that Pyongyang has flouted sanctions via a "massive increase" in shipments of coal and petroleum products, raising further questions over what impact sanctions have on pressuring the Kim regime.

The Financial Times reported last month there were signs that the Kim regime had increasingly turned to hacking, online theft and fraud as it continues bring in cash to the country via unorthodox and illicit means.