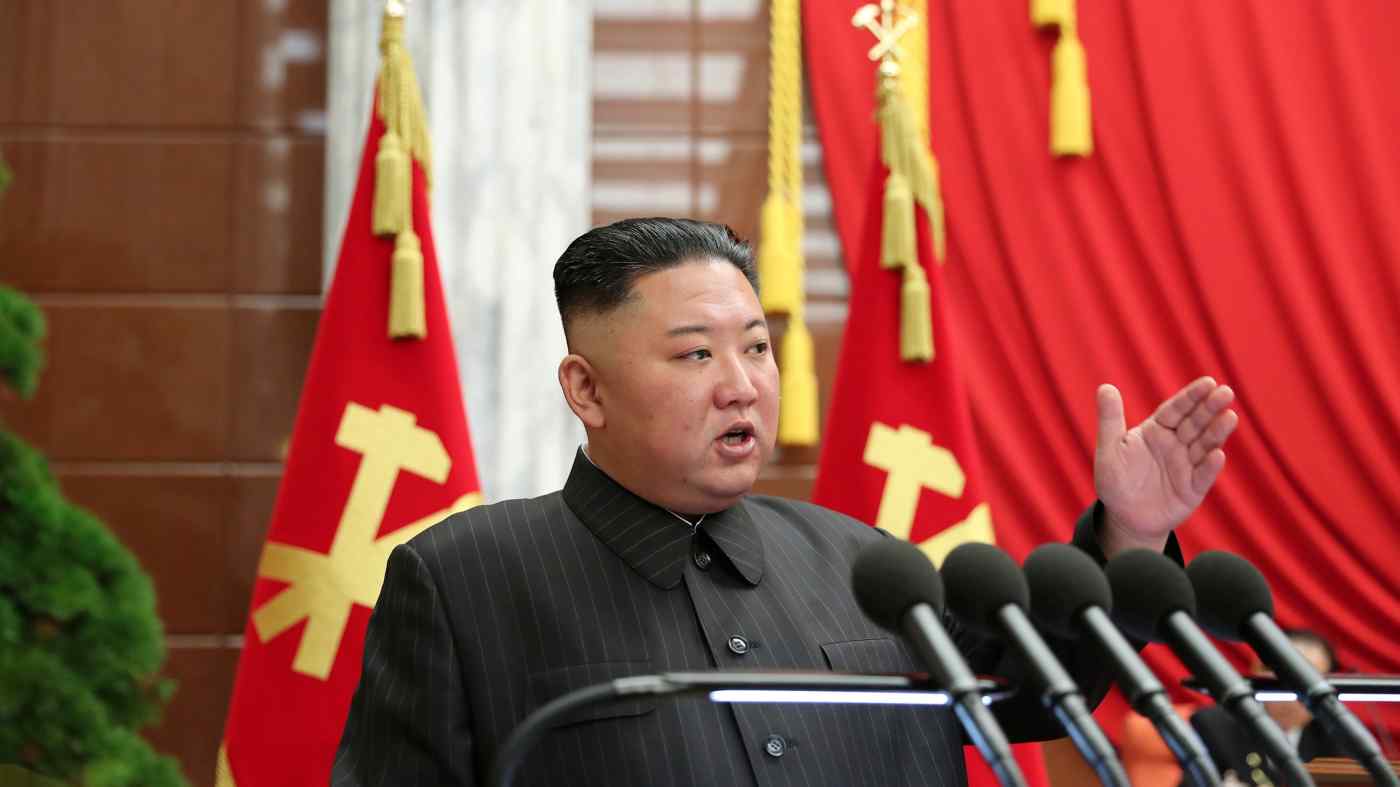 North Korean leader Kim Jong Un speaks to the Workers' Party Politburo on July 5. He appears to have lost some weight since the beginning of the year.   © KCNA via Reuters
YOSUKE ONCHI, Nikkei staff writerJuly 6, 2021 05:35 JST | North Korea
CopyCopied

SEOUL -- North Korean leader Kim Jong Un replaced key party officials for their failure to deal with a protracted food shortage, noting that they put the security of the state and safety of the people at risk.

The market price for corn has been rising since the start of the year, while the price of rice soared in June, said the Korea Institute for National Unification in Seoul. The South Korean state-affiliated think tank attributes both increases to a lack of supply. Rice prices jumped more than 50% last month in Hyesan, a city bordering China, according to the Daily NK, a website specializing in North Korean information.